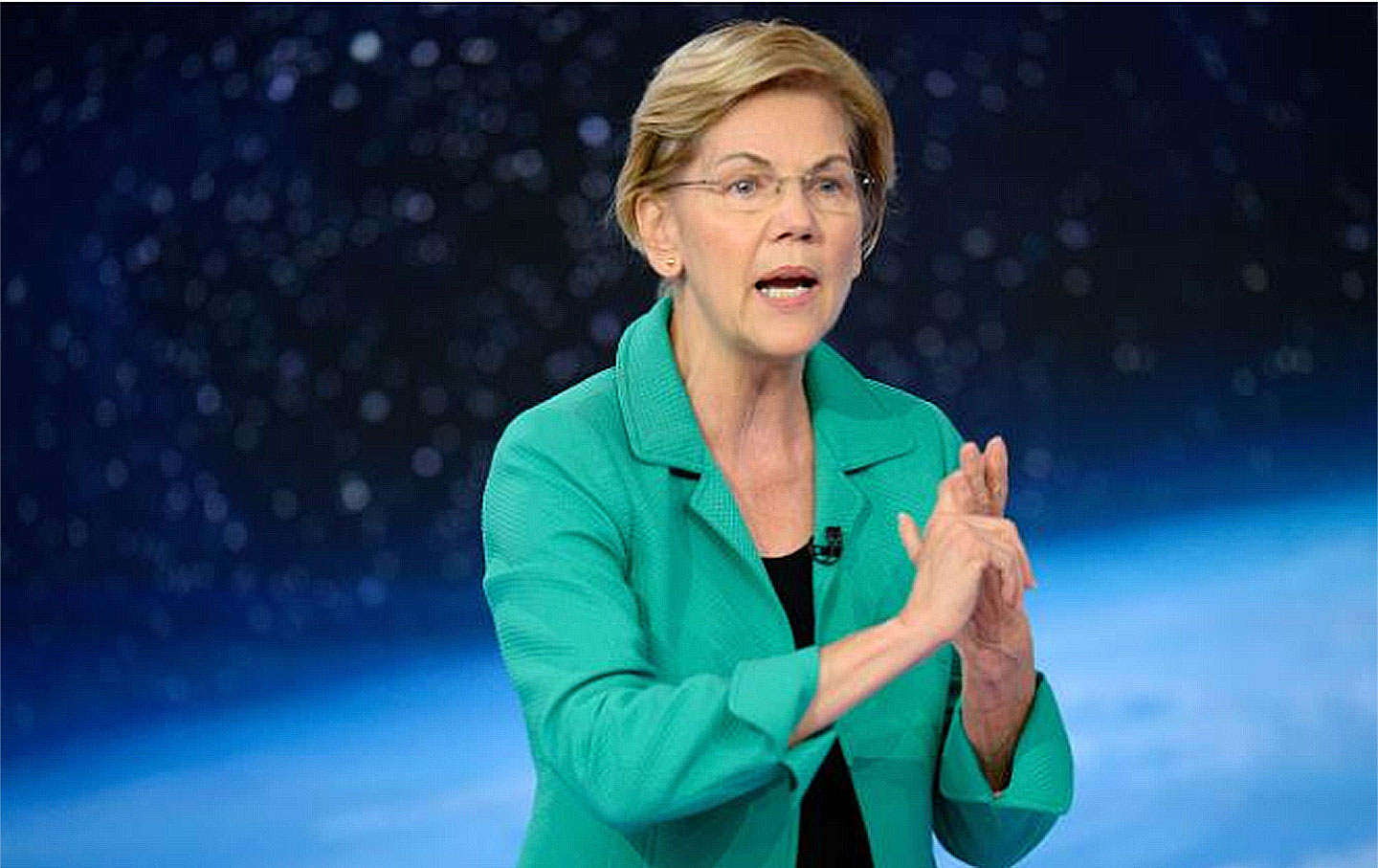 In an already divided America, climate change now looms as the most important issue separating the two major parties. The CNN forum on climate change, a seven-hour marathon that aired on Wednesday and featured 10 presidential hopefuls, made it clear that Democrats have made climate a major priority. The candidates differed in the range of solutions they offered, from Bernie Sanders’s $16 billion overhaul of the economy to Beto O’Rourke’s market-friendly proposal to revive the idea of cap-and-trade. But with the exception of Joe Biden, who was faltering and at times barely coherent, all the candidates acquitted themselves well, acknowledging the seriousness of the problem while offering ambitious and informed policy solutions.

However, the very structure of the forum, taking place only among Democrats, highlighted the key political reality that makes addressing climate change so difficult. The Republican standard-bearer, Donald Trump, has repeatedly described climate change as a hoax. Nor is Trump alone in his denialism. Even those Republicans who accept the reality of climate change aren’t prepared to do anything substantive about it. Given that the American political system includes many mechanisms for a minority party to veto or weaken laws, GOP denialism will remain a major hurdle even if the Democrats win the presidency and take back the Senate in 2020.

Republican politicians weren’t at the climate town hall, but they still exerted an invisible influence, like a black hole pulling everything toward it.

The GOP presence could be felt in the framing of the questions, where the CNN hosts often took up Republican talking points about the Green New Deal. Taxes were frequently mentioned—but also more petty complaints about having to give up cheeseburgers, incandescent light bulbs, and plastic straws.

The heartening news is that Democratic candidates, especially Elizabeth Warren, have developed effective responses to these jabs. “Oh come on, give me a break,” Warren responded when CNN’s Chris Cuomo brought up light bulbs. “This is exactly what the fossil fuel industry hopes we’re all talking about. They want to be able to stir up a lot of controversy around your light bulbs, around your straws and around your cheeseburgers. When 70 percent of the pollution, of the carbon that we’re throwing into the air, comes from three industries.”

Warren’s retort was part of a larger move, also made by rival Democrats like Cory Booker and Pete Buttigieg, to shift the conversation away from individual consumer choices toward systematic policy decisions.

As Time magazine’s Anand Giridharadas noted, “What Warren here condemns could be called Lightbulbism. Take a massive systemic problem that is fueled by abuse and corruption and greed at the top—and turn it into a willpower issue for regular people.” It’s a major sign of how robust and confident Democrats are becoming on climate as a political issue that they are willing to brush aside Lightbulbism as a premise and instead spotlight the need for structural change in the economy.

Less in evidence, alas, was any plan for dealing with the political problem of GOP obstruction. Bernie Sanders, in particular, mishandled the question by continuing to deflect the need for filibuster reform. He asserted, implausibly, that budget reconciliation in the Senate would allow Democrats to enact his climate agenda even if they fell short of a 60-seat supermajority.

The near-certainty of GOP obstructionism also shapes how journalists respond to the issue. Writing in New York magazine, Eric Levitz took Sanders and Warren to task for their reluctance to include nuclear energy in the mix of climate solutions. Levitz claimed that while Sanders and Warren “rightly implore centrists to abandon their outmoded ideological premises, they cling to some of the left’s. Sanders has long voiced opposition not merely to funding next-generation nuclear reactors, but also to relicensing America’s existing nuclear power plants. And at CNN’s climate town hall Wednesday night, Warren appeared to endorse Sanders’s stance.”

Levitz’s critique echoes arguments from other mainstream outlets that nuclear energy offers a safe path to decarbonization. Of course, Sanders could respond, as he did on the CNN forum, that nuclear energy presents a host of problems (it is expensive, dangerous, and produces waste that will last far into the future).

But let’s stipulate, for the sake of argument, that Levitz is right on the substantive policy argument (that nuclear should be part of the climate solution). He still misses the political reality. Politicians advocate policies based not just on what is needed but also on what they can plausibly sell to their constituencies. Since the rise of modern environmentalism in the 1960s, voters friendly to nuclear power have been far more likely to be Republicans than Democrats.

The best way for nuclear power to gain a hearing in the climate debate is for Republican politicians to accept the reality of climate change. Once they give credence to the science, they’ll be in a position to advocate for climate solutions that are aligned with the values of their base. Nuclear energy is likely to be one such policy. In such a scenario, Democrats and Republicans would then negotiate deals to push forward parts of their competing plans, which is how politics is supposed to work.

It makes no political sense for Democrats to make the case for Republican-friendly policy solutions when Republicans themselves aren’t willing to do so. That would be the political version of unilateral surrender. As long as the Democrats are the only major American political party that accepts the reality of climate change, they have to advocate for the solutions that their own voters want. That’s the best way to win elections and to get actual policy victories.

There is an added benefit to playing partisan hardball with climate solutions. Republican politicians will learn that if they want a voice in shaping climate policy, rather than just slowing it down, they’ll have to acknowledge climate change is real–and offer their own solutions.