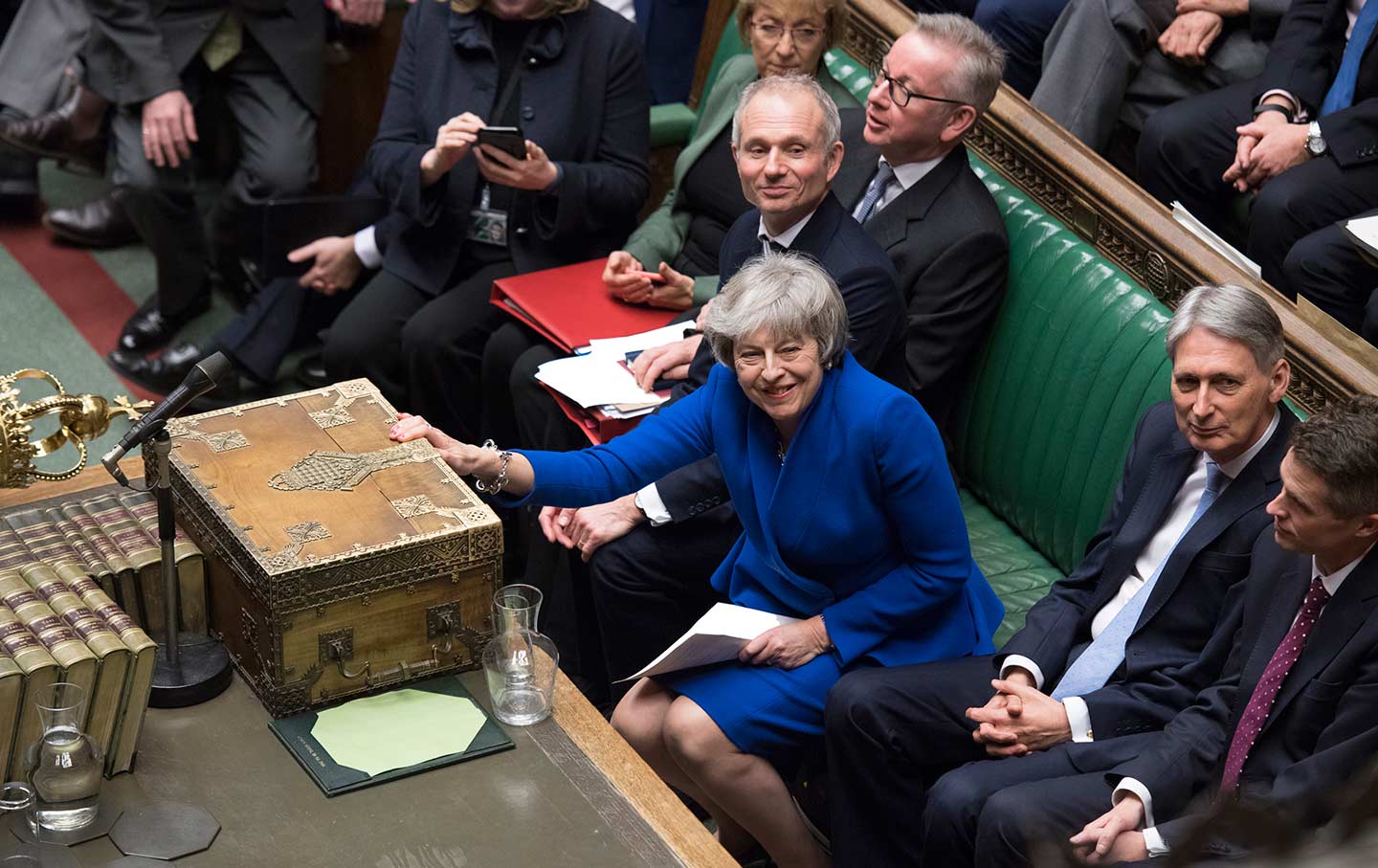 Britain’s Prime Minister Theresa May reacts after she won a no-confidence vote in the House of Commons, London, January 16, 2019. (Jessica Taylor, UK Parliament via AP)

The defeat of Theresa May’s government this week by an unprecedented margin in an alliance between pro-Remain Labour MPs and no-deal Tories opens up a fraught 10 weeks in British politics. The clock is ticking toward March 29, when, deal or no deal, Britain will leave the European Union. Having lost a crucial vote by the highest margin in a century, on the following evening Parliament returned a vote of confidence in her government. These are unusual times.

In the House of Lords, barons and baronesses of the Labour movement ask me to sit down and explain how “anyone” could support Brexit. After half an hour and a cup of tea, they shake their heads in sorrowful incomprehension and drift back to their old friends. Bearing in mind that you may well agree with them, here is why I believe that leaving the European Union is the necessary goal of the left in Britain—and why staying in would doom us to a never-ending Clinton presidency in which the rich get richer and all change is good, unless it leads toward socialism. A progressive eternity of democratic impotence.

The European Union is the greatest capitalist project ever devised by the human mind. It guarantees, in treaty form, the free movement of capital, labor, goods, and services throughout its territory as a constitutional right. These are known as the “Four Freedoms.” Imagine NAFTA underpinned by a political union so that it would be illegal to resist capitalism. A union in which economic policy is decided not democratically—but by judges interpreting whether the policy is “treaty compliant.” Yet that is the institution supported by the vast majority of progressives throughout the continent—and the main cause of the palsy that has overtaken social democrats across Europe. They think political and economic liberalism as the legal form of globalization is the best you can hope for. That is the European Union.

Whenever the left cannot make the distinction between globalization and internationalism, or democracy and populism, it loses working-class support in an orgy of legalistic self-righteousness. Give up on the democratic resistance to the domination of capital, and the meaning of socialism becomes obscure to a lot of people. The stakes are high in the Brexit impasse precisely because the working class has not been cowed by academic disapproval, editorial condemnation, or managerial contempt. The “basket of deplorables” have not given up on the idea that a democratic, self-governing nation is a better bet than the European Court of Justice. They are not changing their minds. 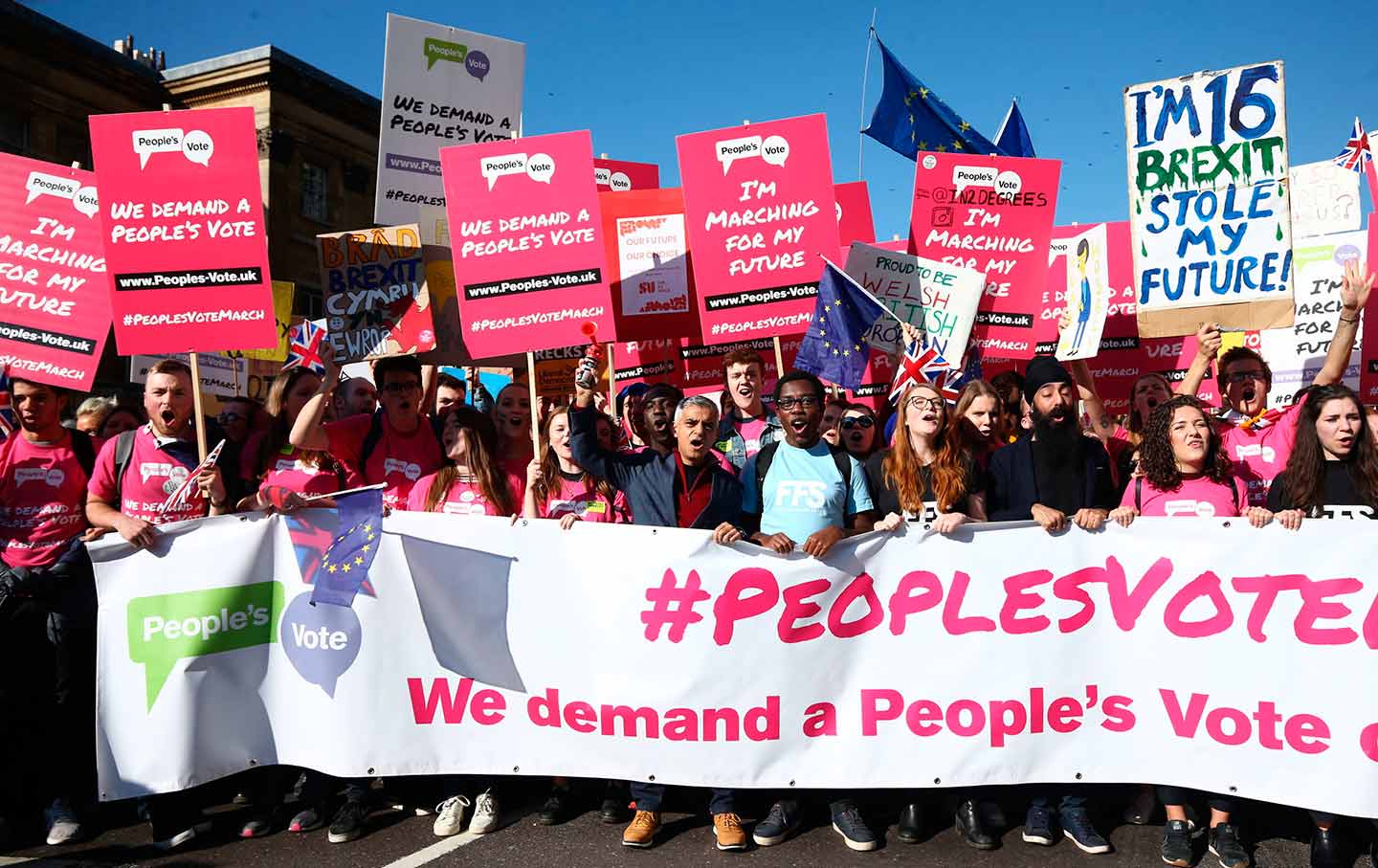 Britain May Be Headed for a Constitutional Crisis Over Brexit

The only reason the Labour Party has not gone the way of its European comrades is that in the last election it did “respect the result of the referendum” and advocated an industrial strategy calling for the active transfer of assets and capital to the deindustrialized areas of Britain in which people would make things—and not get fobbed off with a bicycle lane, a subsidized theater/museum/Internet space, and a call center. State aid is not permitted and nationalization is all but impossible under the rigorous competition law enshrined in the Lisbon Treaty of 2007. Sixteen of Labour’s core manifesto commitments would be illegal under EU Law. Labour campaigned in 2017 as if Britain was already out of the EU—and did far better than expected. Some commentators even filed the Labour Party under the dreaded heading of “populism.” The truth is that the EU makes democratic politics very difficult.

Were the UK to create regional investment banks, for example, to reverse the massive centralization of capital in the City of London, that would violate the “free movement of capital within the single market” that is one of the four freedoms that underpin the Lisbon Treaty. Indeed, that would be the whole point of the exercise: Regional banks would provide loans only within their region. Such constraints on the free movement of capital would be in violation of the state-aid rules and EU competition law. As capital centralizes, payday loaners abound throughout the provinces.

Something similar would occur with a policy to renationalize Britain’s railways: EU rules don’t prevent nationalization as such—many European countries have thriving state railways—but they do require that any newly constituted public service comply with the market-competition rules that are the bedrock of the EU’s legal framework. This makes nationalization impossible to achieve. The direction of travel is clear: Renationalization is out.

Brexit is a nut that the British body politic is finding very hard to digest—as Tuesday night’s vote would indicate. Perhaps the best way to understand the current situation is to say that Britain is going through an interregnum: a period when the consensus that previously united political parties and underpinned policy is publicly contested. Such a period is also an argument over sanity—over the limits and meaning of what it is reasonable to believe and do. Indeed, during such times, there is often a dramatic rise in “mental illness,” as people find themselves in a disorienting and unpredictable world. People feel worried about “where we’re going,” and they take legal drugs in order to cope with the reality of democratic politics.

Antonio Gramsci described an interregnum as a time “when the old is dying and the new cannot be born…in this interregnum a great variety of morbid symptoms pertain.” In such periods the new is perceived as mad, bad, and dangerous to know. Cheap labor, cheap childcare, and cheap house-building are not the least of the benefits that accrue from globalization—and give a clue why many perceive it as not being a moral order, but rather a racket that benefits the mobile, the rich, and the educated. Brexit is a class issue, and as we have noticed in recent elections, far from the working class being an irrelevant relic of a previous civilization, it turns out you can’t win an election without them. The obdurate persistence of the working-class Brexit vote looms over the British interregnum.

The paradoxes of the interregnum take the form of a Labour leader, Jeremy Corbyn, who has been a lifelong Euro-skeptic becoming the tribune of Remain hopes, and a pro-EU prime minister, Theresa May, portraying herself as the champion of Brexit. They are also played out daily, as a democratically elected House of Commons opposes the result of a democratic referendum. We have a working class that does not trust Labour, and Conservatives who are resisting rule by an institution that would protect capitalism for all eternity. Morbid symptoms and moral panics abound. The realities of social segregation and the breakdown of a common life lead to the endless reinforcement of existing positions in the explosive noise of groupthink echo chambers.

Historically, the Labour Party is a recent convert to the European ideal. All its postwar leaders, and most of its leading politicians, from Clement Attlee to Tony Benn, Barbara Castle to Jeremy Corbyn, understood that joining the European Union would restrict the ability of a Labour government to challenge the domination of capital. The EU undermined democracy, accountability, and socialist policy. Left, right, and center all agreed on that—until Thatcher won in 1979. Labour lost a big argument during the last interregnum in the 1970s—and one response by the progressive left was to no longer trust working-class people to make the right choices.

In the early 1980s European Commission president Jacques Delors spoke to British trade unions about the benefits of a “social chapter,” with workers’ rights and working-time directives. Faced with the brutal reality of Thatcherism, it was a beguiling prospect. So Labour retreated from democracy and found refuge from the Thatcherite storm in a rights-based Europe. Under the leadership of Neil Kinnock, and then of Tony Blair, Labour came to embrace the “European ideal” as it relinquished any kind of industrial strategy, commitment to public ownership, or the conception of labor as a special factor of production. Under the “Third Way,” Labour abandoned a century of its own political economy and embraced capitalism. It was called “modernization” and “social Europe.”

Only it turned out that the social chapter was written in the lightest of pencil—which any member could erase if they wished—while the Four Freedoms were ratified by treaty law under the seal of each national parliament. Competition law replaced industrial strategy, and so it came to be that the unmediated movement of people, money, and things through space became the highest goal of progressive European politics. It was built around social mobility, measured by how for away you had to live from your mum in order to get a job. 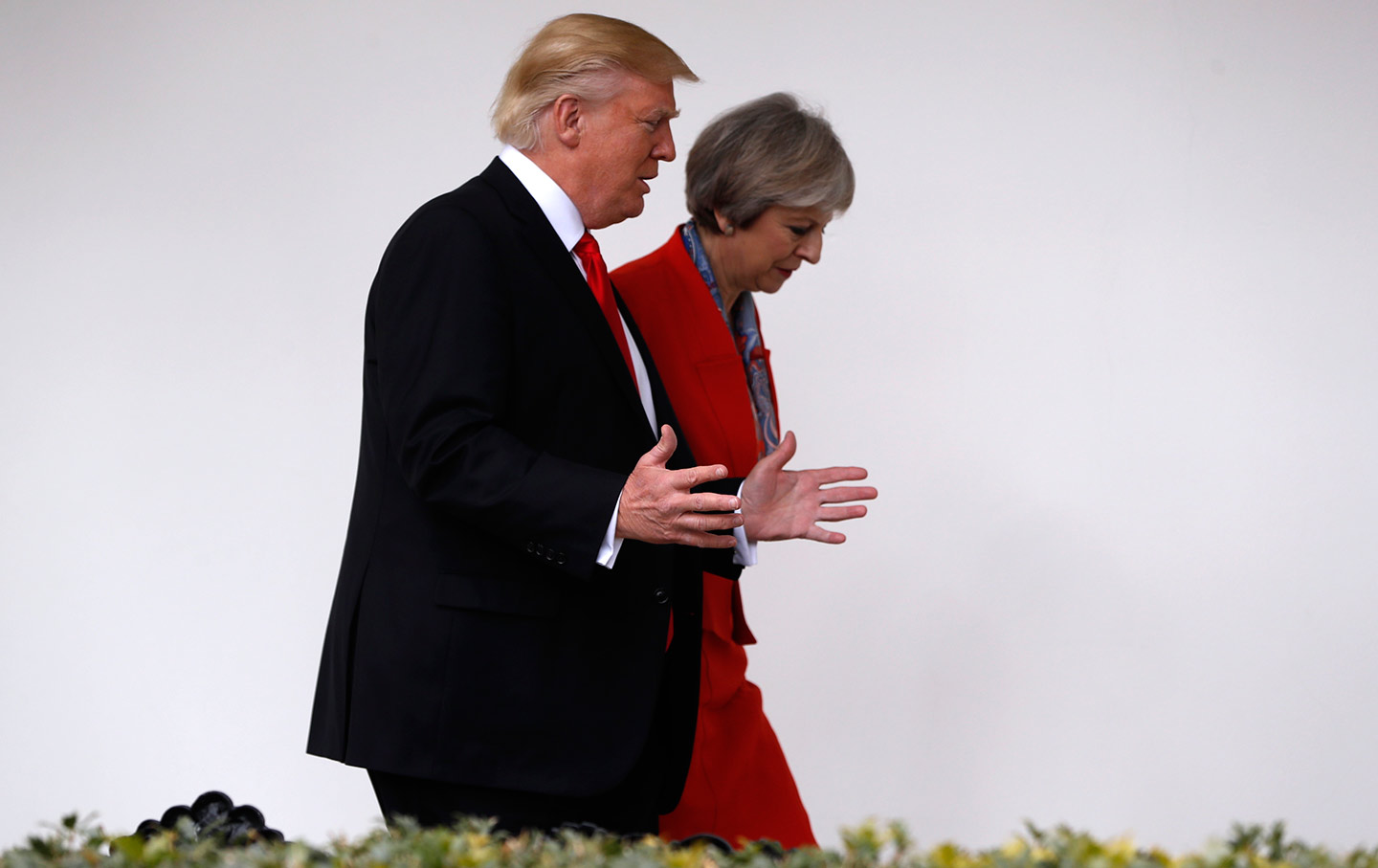 Which Is Worse, Trump or Brexit?

The fate of the Polish trade union Solidarity is a case in point. It defied the glum occupation of Communism in the name of workers’ councils, workers’ rights, and workers’ self-government—only to discover that the “self-governing republic” was no match for the European Union. Joining the EU required privatization and the unfettered pursuit of foreign investment through the implementation of “shock therapy.” Solidarity was liquidated. If there is no popular politics of the left that can resist the domination of capital, the right will move in. Today there is no representation of the left in the Polish Parliament.

The fundamental process of capitalism is to turn human beings and nature into commodities that are bought and sold in fluctuating markets. And yet human beings do not wish to be treated as commodities. The best way of resisting is through democracy—by educating, organizing, and agitating within the communities in which you live and work. That is what the Labour Party used to do, and from time to time it won elections and did big things. The ability to act decisively, with the power of a democratic mandate, to resist the domination of capital and redistribute wealth and power within a democratic society is the credo of socialism. That is both illegal and impossible within the European Union—and that is why the best hope for the left is to lead the opposition to it. It’s Labour’s only way out of the interregnum.

But the process has only just started, and there are tears ahead.