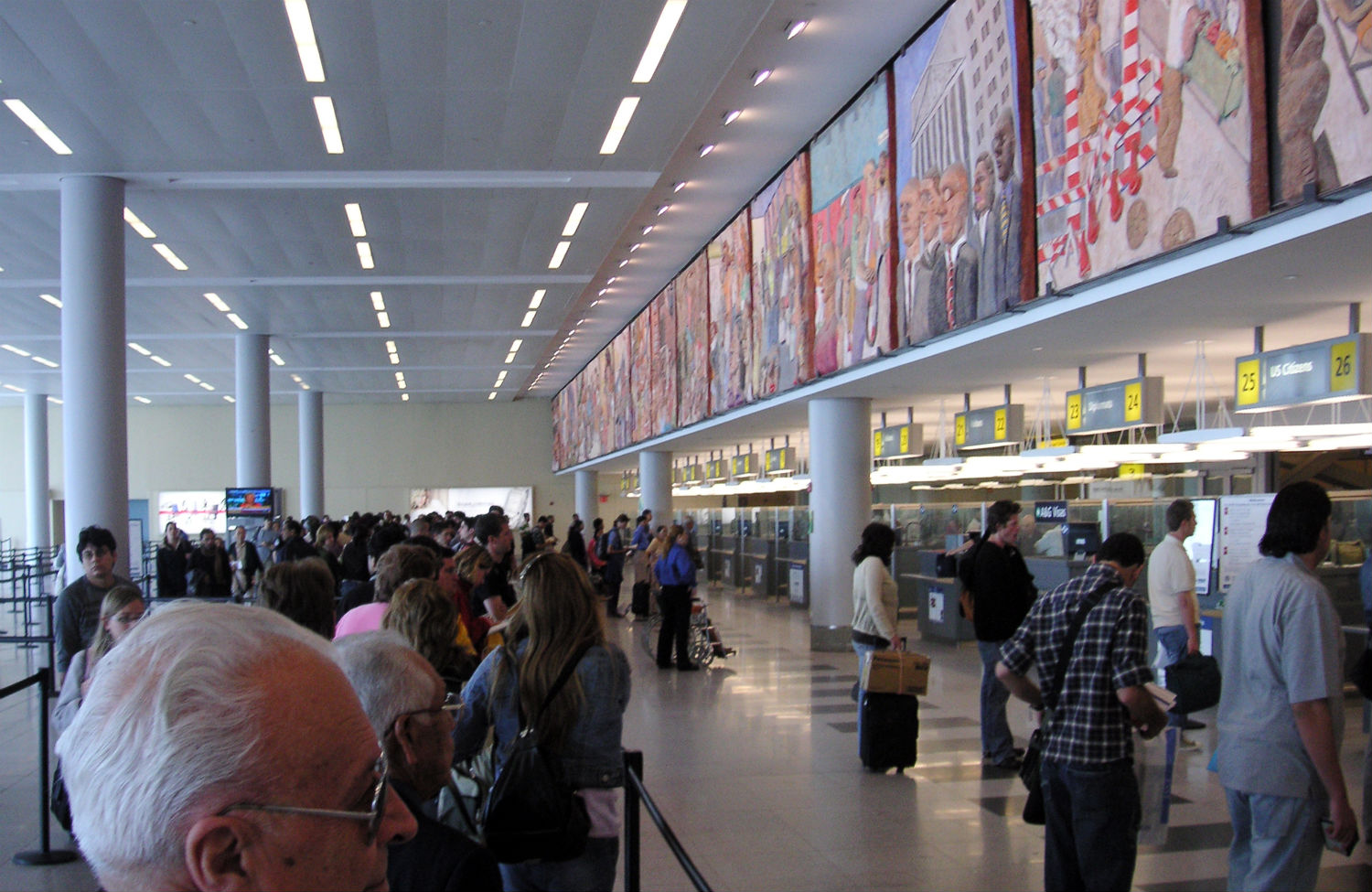 When it comes to immigration, US policymakers have never been shy about which types of foreign workers they want living and working in the United States. In his 2013 State of the Union address, for example, President Barack Obama listed attracting “the highly skilled entrepreneurs and engineers that will help create jobs and grow our economy” as a key tenet of immigration reform.

This sentiment is widespread among policymakers. They want doctors and engineers, not dishwashers and landscapers.

But while this kind of immigration can pay dividends for a small pool of educated migrants and the companies who hire them, it produces losers as well. Like their outsourcing counterparts, some US corporations use imported workers as a way to keep wages down as well as to fill their labor demand. And what happens to the countries these educated individuals leave behind is almost never discussed.

The term “brain drain” was first coined by the British Royal Society to describe the migration of scientists and technologists from the United Kingdom to the United States and Canada in the 1950s and ’60s. Today, the term has come to explain the large-scale emigration of educated individuals from the countries of their birth. When a nation exhausts its human capital, economic development is impeded, leaving the citizens who remain in dire straits.

Despite having an entire agency—USAID—that promotes the development of human capital abroad, US immigration policies can have just the opposite effect.

The US immigration structure operates on a visa system. The government issues H-1B visas to foreign workers with specialized skills in science, technology and medicine, among many other fields, allowing them to legally reside and work in the United States. This particular visa is popular among large corporations with the resources to pay the visa fees for their foreign applicants. By spending a little extra on the hiring process for these workers, they can net higher profits by paying their immigrant employees less than their US-born counterparts. More than 80 percent of H-1B visa holders, in fact, are paid lower wages than US citizens in comparable positions.

The tech industry in particular is notorious for its abuse of H-1B visas. In 2012, after claiming that it could not fill 6,000 domestic jobs due to a lack of available visas and qualified American workers, Microsoft proposed a solution. If the US government would increase the number of visas available by 20,000, Microsoft said, the company would agree to pay $10,000 for each applicant—nearly four times the usual fee. The revenue earned would go toward funding STEM education programs in the United States.

Microsoft’s bid garnered support from the STEM Coalition, an organization made up of corporations, educational nonprofits and some labor advocates that Microsoft is a member of. The coalition signed a letter expressing support for the visa increase as Microsoft approached a group of senators to craft the bill. It was a noble solution to the alleged problem, but the final draft of the legislation turned out to be vastly different from what Microsoft had initially described. In what was billed as a “classic bait and switch,” the bill ended up calling for an increase of 300,000 available visas—some fifteen times what Microsoft had proposed—with Microsoft only paying a paltry fee of $1,825 per visa, or less than 20 percent of what the company had promised.

The tech industry is not the only sector with a shortage of workers—many parts of the United States, especially rural areas, suffer a shortage of physicians. Part of the problem is that the United States simply does not train the number of doctors it needs—annually, 50 percent of medical school applicants are rejected despite the fact that many of them have stellar GPAs. The steep cost of medical school deters other applicants from even applying. This creates an attractive vacuum for well-trained and ambitious doctors from developing countries—as of 2010, over a quarter of all US physicians were born outside the country.

The increase of available H-1B visas allows for highly educated foreigners to pursue a more prosperous career in the United States. But what does it mean for the countries they leave behind?

In India, home to the large majority of H-1B visa recipients, many medical students opt to study abroad because of rising costs and limited capacity at their public institutions. The medical brain drain in India not only reduces the number of doctors available for care, but it also removes the people needed to push for healthcare reforms.

Considered the most privatized health system in the world, India’s public health system is made up of mainly rural health centers that lack basic infrastructure, medicines and staff. India spends only 0.9 percent of its GDP on healthcare, which promotes a large private healthcare industry that remains inaccessible to the poor. The wealthy can afford to be treated at a state-of-the-art hospital for a stomach ache, while the poor must walk long miles to receive treatment for sicknesses and sometimes discover that the medicine they need is unavailable. The shortage of doctors is staggering: there are only six doctors for every 10,000 patients. People in need of medical attention may spend days waiting in line for tests or drugs because there are simply not enough doctors and nurses available to tend to their medical needs.

India is not the only country that suffers from brain drain, and the loss of human capital does not only affect the medical industry. Zimbabwe is struggling to keep its education sector from collapsing after losing 45,000 teachers in 2010 alone. Haiti has lost more college graduates than any other country in the world. Brain drain is occurring in every region of the developing world.

Ensuring that skilled workers have opportunities to flourish at home is ultimately a challenge for source countries, not the richer countries that absorb them when they leave. But the loss of brain power to the United States and other developed countries creates an unfortunate cycle for poorer countries: educated individuals migrate, leaving their home countries’ tax base and infrastructure in poor shape. The weakened infrastructure in turn means that more people will leave, driving the cycle onward.

In order to solve this problem, the governments of developing nations should strive to create incentives for their educated workers to stay home and use their abilities to create a better and more sustainable society. Perhaps developed countries can provide some assistance through educational partnerships or other forms of cooperation. But because freedom of movement is an inalienable human right, neither the United States nor the source countries can (or should) simply prohibit skilled workers from moving around the globe.

Meanwhile, the United States should reconsider its own prejudices about foreign workers. In their drive to welcome skilled laborers to the United States, US policymakers often overlook the value of unskilled and semiskilled migrants. The construction, agricultural and homecare industries, for example, all rely heavily on the labor of a foreign-born workforce. These are seldom the people praised by pundits as the “best and brightest,” but they’re vital to the US economy and perform valuable work for their fellow Americans.

Immigration can be a blessing for all who are touched by it. But to reap the benefits, we need an honest accounting of the costs. How can countries be expected to manage brain drain when all the plumbers have left?