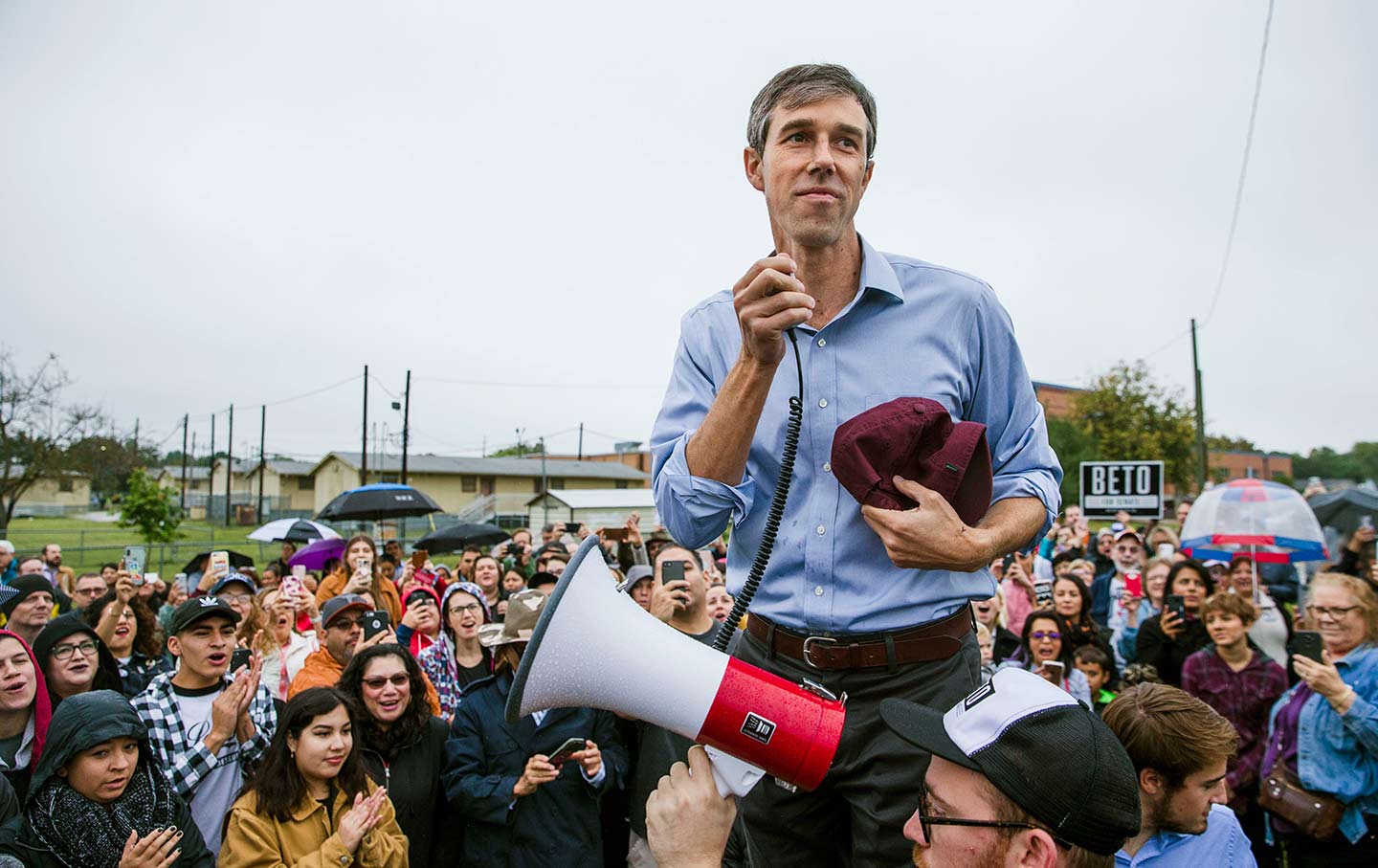 The most intellectually robotic Democratic strategists—who invariably choose to play it safe rather than to try for the wins that might transform our politics—keep looking for ways to write off Texas US Senate candidate Beto O’Rourke as a Lone Star dream that could never come true. The same goes for the pundits who can’t see beyond fading calculations or snapshot polls.

Because O’Rourke is running in Texas, a state where Democrats have been on a losing streak for the better part of a quarter-century, the naysayers just aren’t buying the prospect that an unapologetically progressive candidate could upend the reelection run of so wily and well-connected a Republican incumbent as Senator Ted Cruz. By traditional political measures, that’s understandable. If you are looking for easy and predictable wins, Texas is not going to rank high on any Democratic list. This is a state where Democrats have not won a Senate contest since Lloyd Bentsen was on the ballot in 1988.

Yet O’Rourke heads into the final 10 days of the campaign with more money on hand than Cruz, and something rare for a Texas Democrat: the ability to hold his own in the many, many media markets of a large and politically expensive state. O’Rourke also has a remarkable grassroots organization, which goes down to the precinct level—with pop-up offices running get-out-the-vote canvasses in corners of Texas that have not seen a Democratic turnout operation of this magnitude in a very long time.

O’Rourke has credible poll numbers that tend to put him within reach of Cruz. And he has momentum: The last four polls have seen the incumbent’s advantage ticking down from nine points to eight points to seven points to six points. Indeed, amid reports of epic levels of early voting “driven by young, irregular voters,” O’Rourke appears to be going from strength to strength.

O’Rourke’s run is still an uphill one. But it is being taken seriously in Texas. The Democrat has in recent days won the endorsements of the major daily newspapers in four of the state’s largest cities. That’s uncommon, as the large and influential dailies of the Lone Star state are not generally known for their liberalism.

The Houston Chronicle, which backed Cruz in 2012, is advocating this year for O’Rourke. Some of this has to do with the essential truth that Cruz does not wear well. “Exhibiting little interest in addressing the needs of his fellow Texans during his six years in office, he has kept his eyes on a higher prize,” argued the paper’s October 19 editorial. “He’s been running for president since he took the oath of office—more likely since he picked up his class schedule as a 15-year-old ninth-grader at Houston’s Second Baptist High School more than three decades ago. For Cruz, public office is a private quest; the needs of his constituents are secondary.”

But the Chronicle was not just coming out against Cruz, it was coming out for O’Rourke. “With eyes clear but certainly not starry, we enthusiastically endorse Beto O’Rourke for U.S. Senate.” the paper’s editors declared. “The West Texas congressman’s command of issues that matter to this state, his unaffected eloquence and his eagerness to reach out to all Texans make him one of the most impressive candidates this editorial board has encountered in many years.

The Dallas Morning News, a historically conservative paper that famously chose not to back Texan Lyndon Johnson in the 1964 presidential race, noted some deep differences with O’Rourke on policy. But the paper also endorsed the Democrat, arguing that

The pivotal issue before our country is public leadership, and here we believe O’Rourke’s tone aligns with what is required now. This inclusive and hopeful tone, along with O’Rourke’s approach of starting with shared principles and working toward solutions, offset any policy differences we have with him. Leadership is more than policy, and whether we are addressing the very real challenges before us now turns on our ability to find points of agreement.

In this respect, O’Rourke is the stronger candidate. In conducting his campaign, he has displayed a demeanor that offers respect for each person and a humbleness that will allow him to open the door to working with those who hold political views different from his. We believe O’Rourke is right in calling for rejoining the Paris climate accord, supporting the vast potential of renewable energy in Texas, and calling for universal background checks on guns. He is also right to reject the call for construction of a border wall and to call for comprehensive and fair immigration reform.

The Fort Worth Star-Telegram was as much against Cruz as it was for O’Rourke, explaining that: “This Editorial Board has recommended conservative Republicans such as George W. Bush and Mitt Romney for president, along with U.S. Sens. John Cornyn and Kay Bailey Hutchison. But Cruz does not measure up. This office needs a reset. The Star-Telegram Editorial Board endorses Beto O’Rourke for U.S. senator.”

The San Antonio Express News, which is backing Republican Governor Greg Abbott and many other Republicans this year, took an even bigger swipe at Cruz—characterizing his 2013 attempt to prevent implementation of the Affordable Care Act by shutting down the federal government as “extortion, not democracy.” “Fortunately, the paper observed, “for every good reason not to vote for Cruz, there are good reasons to vote for O’Rourke.”

The bluntest statement from the Express News had to do with the issue of O’Rourke’s viability. “Cruz,” the paper explained, “has gone all out to characterize O’Rourke’s views as too extreme for Texas. Untrue.”

We’ll have to wait for the election results to settle the ultimate question of whether Texas is ready for a new politics. But the fact that newspapers across Texas are endorsing Beto O’Rourke—so enthusiastically, and with such consistency—should settle the debate about whether his challenge to Ted Cruz and the politics of the past is a serious one.

The consensus from Texas is clear: Beto O’Rourke is for real.