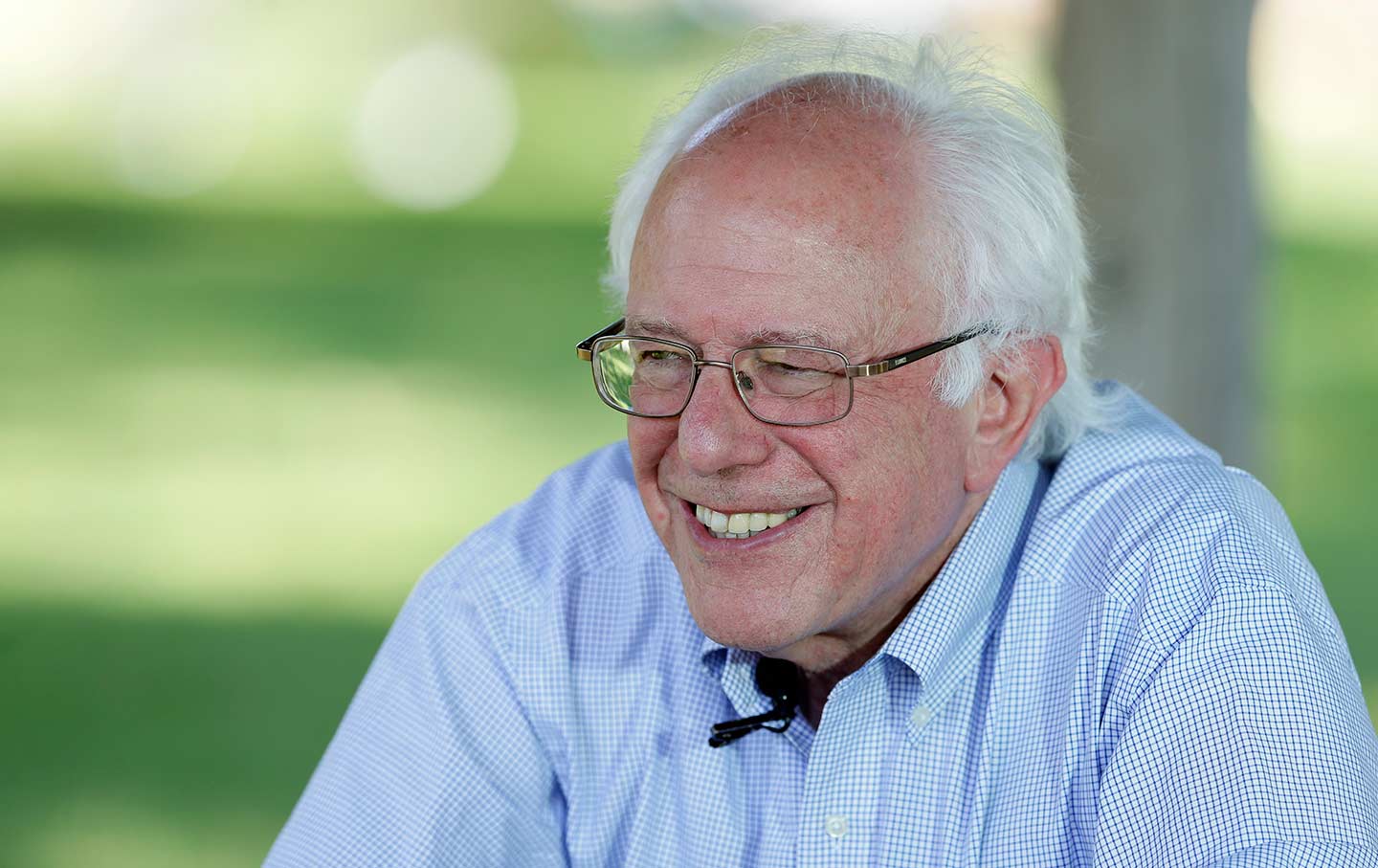 Senator Bernie Sanders received rapturous applause from progressives for his foreign-policy speech at Westminster College in Fulton, Missouri, last week. “One of the finest speeches of his career,” wrote The Nation’s John Nichols. “The progressive foreign policy speech we’ve been waiting for,” said Stephen Miles. Jacob Heilbrunn of the more conservative National Interest suggested Sanders was bringing “regime change” to the liberal interventionism of the Democratic establishment. The reaction was understandable: The speech was like a thunderclap breaking the silence of any serious foreign-policy challenge from the left.

The Sanders speech indeed opened a new debate and offered the first steps towards a fundamentally different policy, but it also leaves many questions unanswered. It elevated some new challenges to Democratic Party thinking, though not always with policies to match.

Sanders’s central contribution is to upend the military-dominated definition of national security. He elevated the threats posed by climate change, which he noted is “real and already causing devastating damage.” Donald Trump, a climate-change denier, did not deign to mention the subject at all in his recent address to the United Nations.

Sanders also called out the threat posed by extreme inequality and the “movement toward international oligarchy” in which “a small number of billionaire and corporate interests have control over our economic life.” That’s not a new argument from Sanders, but here he explicitly framed it as a matter of national security. “This planet,” Sanders argued, “will not be secure or peaceful when so few have so much, and so many have so little…. There is no justification for the incredible power and dominance that Wall Street, giant multinational corporations and international financial institutions have over the affairs of sovereign countries throughout the world.” It is revealing that Trump, while trumpeting “America First” policies and state sovereignty in his address to the United Nations, made no mention of this reality.

Sanders revived traditional liberal concerns about the domestic costs of policing the globe. He repeatedly emphasized the need to practice at home what we preach abroad, and to strengthen our own democracy and domestic defense of human rights in order to credibly advocate for those values abroad.

In so doing, Sanders sought to define a new progressive internationalism. The United States should neither seek to “dominate the world” with its extraordinary military power nor to “shirk our responsibilities under the banner of America First,” but instead practice “global engagement based on partnership.”

He directly indicted the interventionist thrust of US policy, and said that while terrorists pose a threat, the war on terror as an “organizing framework” has been a “disaster,” and has given terrorists exactly what they want. He criticized our sorry record of regime change—from Mosaddegh’s Iran to the invasion of Iraq—and contrasted the horrible consequences of the Iraq debacle with the success of diplomacy in the Iran nuclear agreement.

Sanders laid down markers for a new debate, particularly within the Democratic Party. Presidential and congressional candidates should be pressed to define their stance on climate change, global inequality, excessive military spending, and the costs of intervention. Sanders was one of only five Democratic senators to vote against the Republican initiative to lard another $80 billion onto the military budget, and those who voted for it should be questioned by their constituents.

While Sanders redefined our security challenges in the Westminster speech, he offered few ideas on how to deal with them. The United States does have to “get serious” on climate change, but Sanders’s only policy advice was to remain in the Paris climate agreements.

He argued we have to “rethink” the militarization of the war on terror and courageously criticized US support of Saudi Arabia’s grotesque savaging of Yemen. Yet Sanders offered no way out of the endless wars without victory across the greater Middle East.

Inequality, corruption, oligarchy, authoritarianism are “inseparable,” and must be “fought in the same way,” but Sanders offered no plan on how to do that.

On North Korea, his policy is indistinguishable from that of Obama and Trump, albeit without the Trumpian bluster. Sanders said we are “confronted by North Korea,” and called for international sanctions to force abandonment of nuclear weapons and missiles.

Relations with Russia and China also received little attention in Sanders’s speech. China was mentioned only in relation to cooperation on climate change. Sanders also embraced the Democrats’ aggressive posture on Russian interference in the 2016 elections, calling out Putin while condemning Trump for not saying a word about it at the United Nations. He singled out Putin as a “kleptocrat,” and urged continued challenge of his rule: “We will work in solidarity with supporters of democracy around the globe, including in Russia.”

Sanders even echoed neoconservative rhetoric, suggesting that “In the struggle of democracy versus authoritarianism, we intend to win,” as if “authoritarianism” were somehow like communism—a global, ideological movement. He did not mention the perils of the growing tensions with Russia, the unraveling of nuclear-weapons accords, and the dangerous military posturing in the Middle East, Ukraine, and the Balkans. The revived nuclear-arms race and the imperative for nuclear disarmament got no mention, surprisingly, in the speech.

Sanders’s speech opened a new debate. It doesn’t close it. It is an invitation for others to join in elaborating alternative vision and policy. The most popular politician in America has now taken on the failed establishment consensus on national security as well as establishment domestic policy. It is vital that activists, policy analysts, and political leaders join in building that challenge.