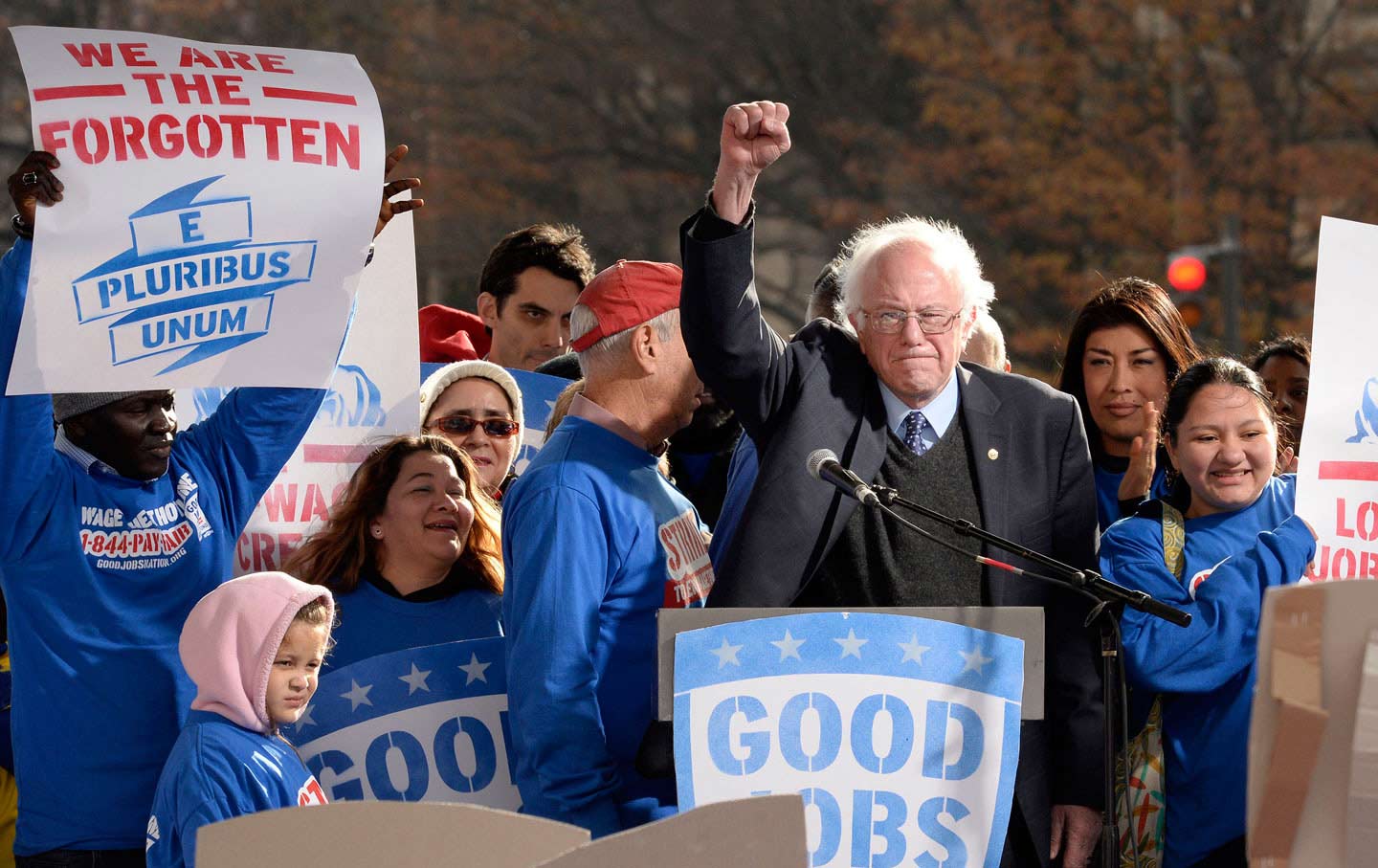 The most underestimated tool that a prominent political figure has in times of divided and dysfunctional governance is the bully pulpit. It can be used for good and ill. Donald Trump is, literally, a bully. But Theodore Roosevelt did not intend a sinister meaning when he coined the term. Roosevelt was of the “bully for you”—as in “great for you”—school. A bully pulpit was, to his view, the most excellent platform for popularizing proposals for necessary reforms.

A Republican with an inclination toward progressivism, Roosevelt knew in his time that the corridors of power were packed with corrupted men, and that “Exactly as the special interests of cotton and slavery threatened our political integrity before the Civil War, so now the great special business interests too often control and corrupt the men and methods of government for their own profit.” Reformers had to employ the bully pulpit because, the 26th president explained, “The absence of effective state, and, especially, national, restraint upon unfair money-getting has tended to create a small class of enormously wealthy and economically powerful men, whose chief object is to hold and increase their power. The prime need is to change the conditions which enable these men to accumulate power which is not for the general welfare.”

The cause of fair wages and fair treatment has always required the rallying of public sentiment on the side of workers. Roosevelt employed the bully pulpit for this purpose in his time. And Bernie Sanders does the same today.

For the past several months, the senator from Vermont has been on a mission to get Jeff Bezos to raise wages for Amazon workers. In July, Sanders held a “CEOs vs. Workers” town-hall meeting, in which he amplified the voices of Amazon employees and declared that: “A significant percentage of workers who work at Amazon [are] working for wages so low they are also dependent upon government programs. But that is only half the story because a lot of people who work for Amazon don’t actually work for Amazon because they are independent contractors.”

Teddy Roosevelt employed the bully pulpit to challenge corporate power in his time. Bernie Sanders does the same in this time.

Sanders did not let go of the issue. He kept highlighting the fact that Bezos, the wealthiest man in modern history, was profiteering at the expense of Amazon workers. With speeches, statements, and tweets, the senator juxtaposed the lifestyles of the billionaire class with the painful circumstance of the working class: “Jeff Bezo’s [sic] newly renovated home in Washington DC will have 25 bathrooms. Meanwhile, Amazon workers skip bathroom breaks in order to meet their grueling work targets. #CEOsvsWorkers”

Sanders was not alone in challenging Amazon to raise wages and improve conditions for workers. The “Fight for Fifteen” movement laid the groundwork for this struggle, as did old-school muckraking journalism. Writer James Bloodworth revealed awful conditions at an Amazon warehouse in his recent book Hired: Six Months Undercover in Low-Wage Britain. The Guardian reported that “In a 2017 corporate filing, Amazon reported that the median salary of its employees is $28,446, or roughly $13.68 an hour for full-time employees. Jeff Bezos makes more than that every nine seconds.” American journalists picked up on the story and extended it with detailed reports on conditions at Amazon workplaces in the United States. Activists protested at meetings Bezos attended, and local officials in Seattle, such as City Council member Kshama Sawant, were outspoken in criticizing Amazon’s treatment of workers, as well as the company’s avoidance of local taxes. Since Amazon bought Whole Foods, a Whole Worker movement (aided by the Retail, Wholesale, and Department Store Union) has been organizing among employees of the food chain.

As a former presidential contender and one of the most popular political figures in the United States, however, Bernie Sanders had the biggest bully pulpit—and for week after week, month after month, he used it to amplify the movement for fair wages and better conditions for Amazon’s more than 250,000 employees. He put the spotlight on Bloodworth’s investigation, declaring on Facebook: “Don’t just listen to me. Listen to James Bloodworth, who worked undercover at an Amazon warehouse in the UK. It’s time to demand that Jeff Bezos and Amazon treat their workers with the respect and dignity they deserve, not just as parts in a machine.” He set up an online space for Amazon employees to share workplace horror stories.

Sanders never let up on Bezos. In August, he published a petition that read:

Mr. Bezos: It is long past time you start to pay your workers a living wage and improve working conditions at Amazon warehouses all across the country. It is beyond absurd that you would make more money in ten seconds than the median employee of Amazon makes in an entire year.

Meanwhile, thousands of Amazon employees are forced to rely on food stamps, Medicaid and public housing because their wages are too low. I don’t believe that ordinary Americans should be subsidizing the wealthiest person in the world because you pay your employees inadequate wages.

As Labor Day approached, Sanders and Congressman Ro Khanna (D-CA) introduced the “Stop Bad Employers by Zeroing Out Subsidies (BEZOS) Act”—legislation designed to tax corporations for every dollar that their low-wage workers receive in government assistance. The senator faced criticism for going overboard in his targeting of the CEO. Vanity Fair published a late-August article headlined “Bernie Sanders is Officially Getting Under Jeff Bezos’s Skin,” and noted that “Amazon issued a rare, full-scale rebuttal after the Vermont senator went on the warpath.” Around the same time, Gizmodo asked: “Why Is Amazon Scared of Bernie Sanders?”

Teddy Roosevelt answered that question long ago. The bully pulpit is powerful, especially when a former (and potential) presidential candidate uses it to promote economic and social justice. That’s what Bernie Sanders did. And it worked. On Tuesday, Amazon announced that it would raise the minimum wage for 250,000 Amazon employees in the United States, and for more than 100,000 seasonal employees who are expected be hired during the coming holiday season. The company will support legislation to increase in the federal minimum wage and is urging competitors to follow its lead by voluntarily hiking wages. Bezos said: “We listened to our critics, thought hard about what we wanted to do, and decided we want to lead.”

The loudest of those critics spoke from a bully pulpit that the CEO could no longer ignore.