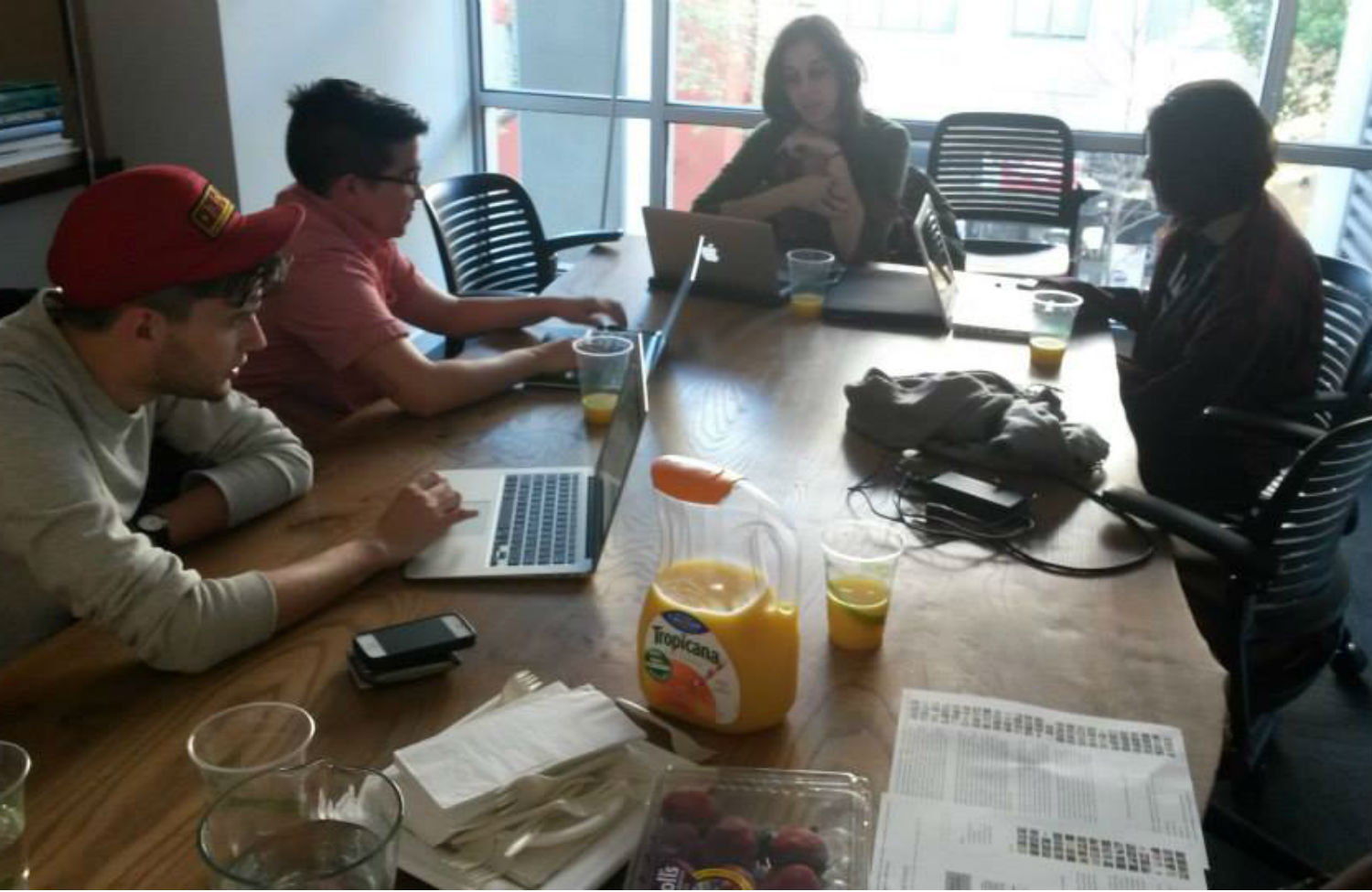 Millennials are in vogue. But the very idea of the millennial is a top-down phenomenon, a canned attempt to market to a young demographic. It is a strategy that has found success through the sheer force and repetitiveness of its message. Left with few alternatives, millennials consume this image of themselves. Eventually, they may internalize this set of images and ideals—regardless of how critical they were or still are.

Like many other marginalized groups, Millennials don't have a controlling stake in their own representation. The people who write about millennials aren't often themselves millennials. In fact, you can argue that popular narratives around the millennial as an identity category are constructed outside the authentic lived experiences of actual millennials. Those accounts can look like political disengagement, apathy, technological dysfunction and narcissism. Many of us don’t see ourselves reflected back in that story.

{Young}ist.org is an attempt to disrupt a circular, negative narrative about youth that cultivates hopelessness rather than efficacy among our peers. {Young}ist fills a niche: we see ourselves as positioned to report the stories of youth in crisis and in action.

The {Young}ist site is an independent media platform started by youth for youth to share news, stories, thought and culture that matter to us. It’s a way for young people to find their peers, share visions for change and connect over political struggles on the ground. Our staff and contributors provide a variety of content to make this possible, including multimedia, longform and investigative journalism. We don’t want to merely react to the narratives and stories that have been imposed on us externally—we have other stories to tell about youth. Our editorial strategy is undergirded by an understanding that there is a difference between providing evidence of social problems and mobilizing to fight them.

While we are coming together to tell the story of a generation that has been dispossessed, a generation that has inherited climate and economic crises, we also want to tell stories of how youth are mobilizing to organize around immigration, LGBTQ rights, racial and climate justice, education, labor and more. We are a relentlessly hopeful generation. When we say that we are dispossessed, we say that with an understanding that we also possess the tools, capacity and motivation to contend with these issues. We at {Young}ist want to intervene in the narrative about millennials not just because we think it’s wrong but because we know we embody its opposite: a thriving, capable, growing network of youth fighting for a more just world.

With our new website launch, {Young}ist will officially begin its journey and continue to generate and support content provided by a network of activists, organizers, journalists, writers, artists and collaborators that are already doing this work on the ground. The new site will make it possible for {Young}ist to continue to grow as a hub for independent media, thought, politics and culture that matters to young people. Our project aims to bring young people to the table who recognize the injustice in their lives and are taking on vibrant, participatory alternatives to make the lives of young people, collectively, more livable. If that sounds good to you, we ask you to check out our new website, now officially live at www.youngist.org.