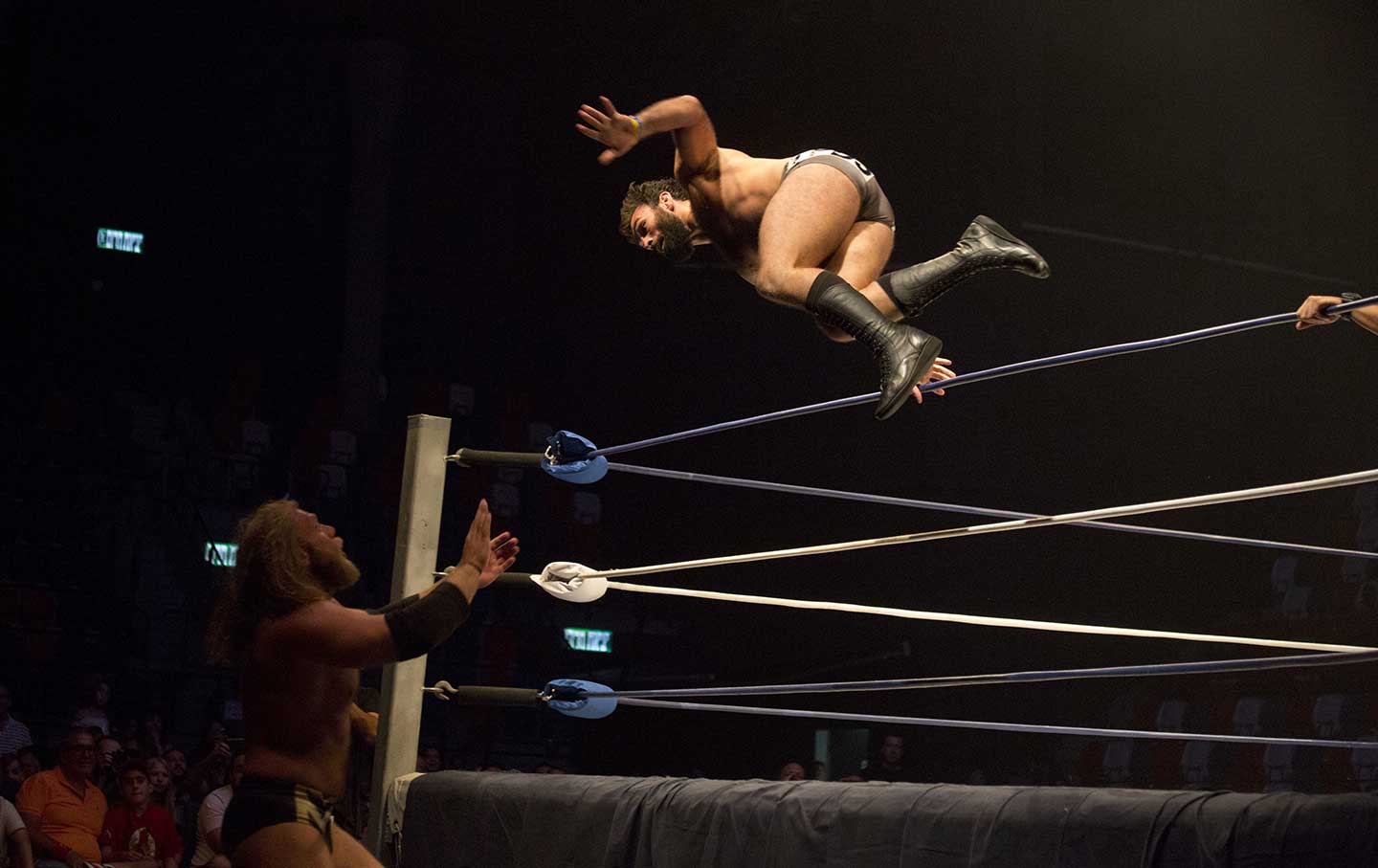 “The Product” David Starr is a pro wrestler who is fighting to change the very economic foundation of his sport while also raising political critiques of Israel, corporate power, and Trump-era racism. We speak to the outspoken athlete this week.

We also have “Choice Words” about the Boston Red Sox’s white delegation (“The White Sox”) to the White House. We also have “Just Stand Up” and “Just Sit Down” Awards for Portland Trail Blazers guard Damian “Dame Dollar” Lillard and Eldrick “Tiger” Woods, and a special Kaepernick Watch. All this and more on this week’s show!