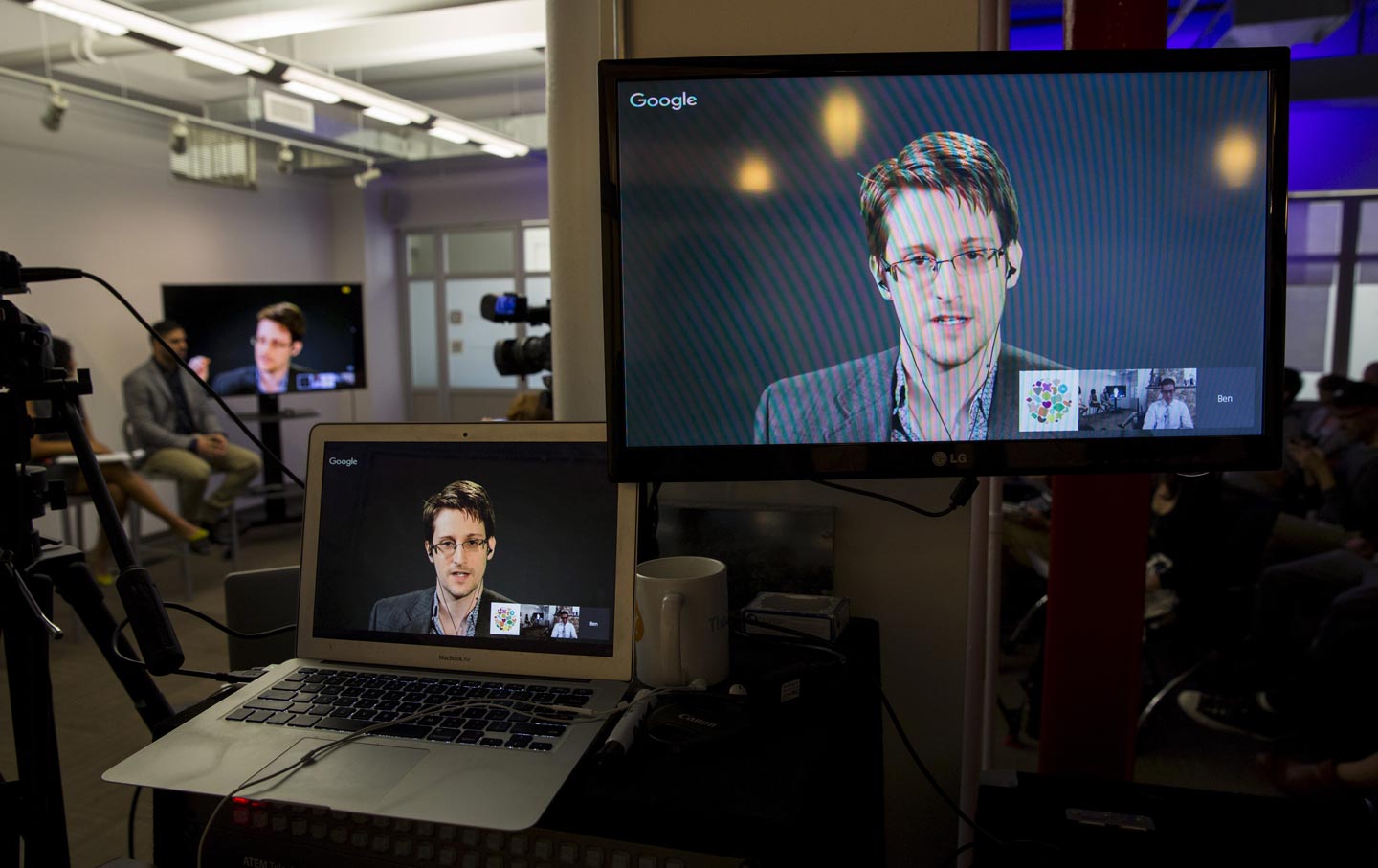 Edward Snowden speaks via video link from Moscow for a conference on the protection of whistle-blowers, New York, New York, 2015. (Reuters / Andrew Kelly)

The power of independent journalism was demonstrated last week when the Justice Department announced the end of privately run prisons in the federal prison system. Seth Freed Wessler explains what it took to uncover dozens of questionable deaths in these corporate, for-profit facilities in his yearlong investigation for The Nation.

Also: Who is Jared Kushner, and why does Donald Trump listen to his advice? Amy Wilentz tells the story of Trump’s influential son-in-law: how his father, Charles Kushner, was sent to prison by then–US Attorney Chris Christie; how the 2007 crash nearly destroyed the family’s real-estate fortune; and how he’s advising the Republican candidate.

Plus: Amnesty for Edward Snowden. ACLU attorney Ben Wizner argues that President Obama should do the right thing in view of the NSA whistle-blower’s contributions to freedom and democracy.