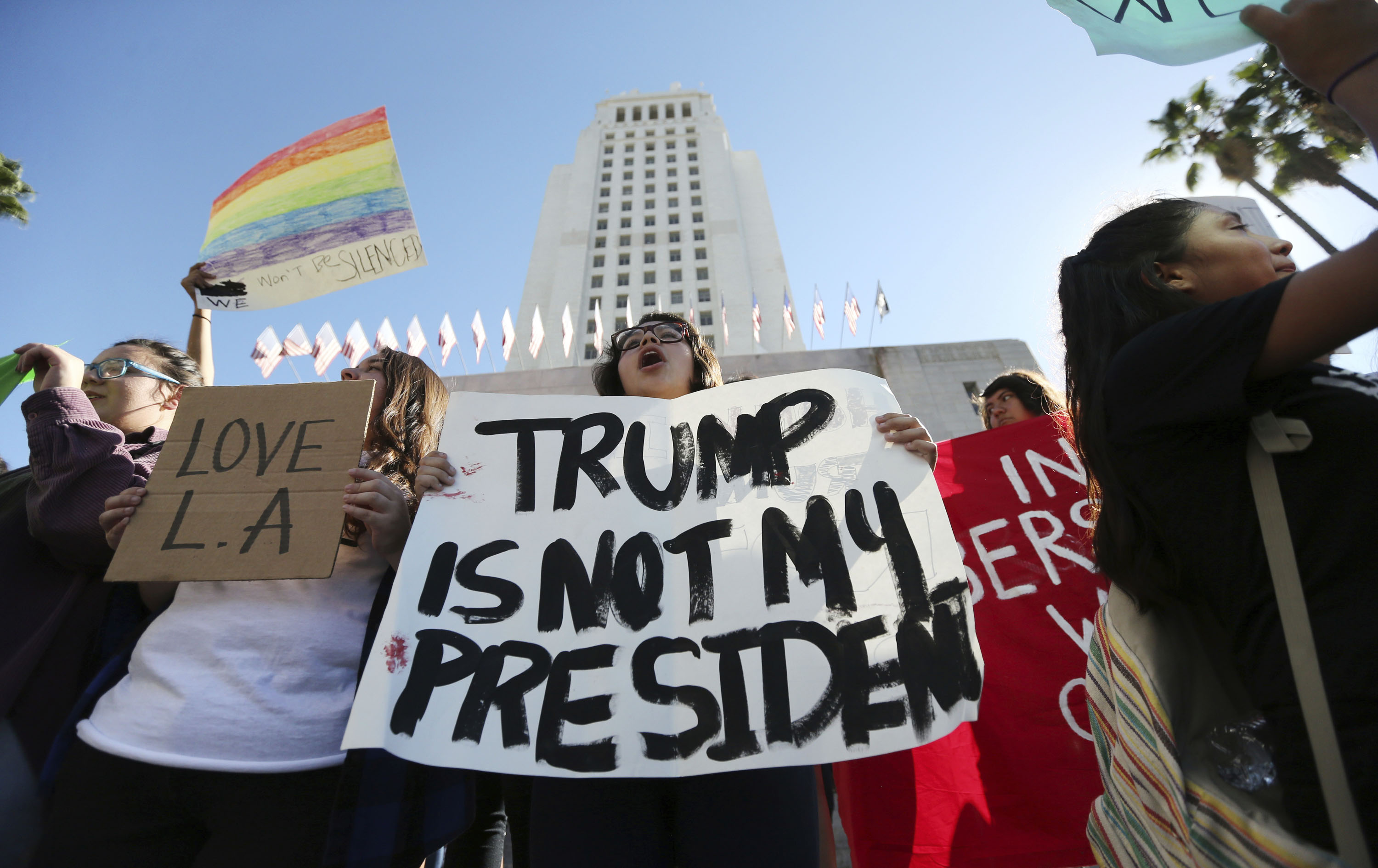 Students from several high schools rally after walking out of classes to protest the election of Donald Trump at City Hall in downtown Los Angeles on November 14, 2016. (AP Photo / Reed Saxon, File)

Frances Fox Piven argues that social movements need to “make trouble” to effectively challenge Trump—starting with sanctuary movements that will enlist large numbers of people in resisting his deportation efforts.

Plus, David Cole says defending First Amendment freedoms to criticize the president will be a major task in the coming year.

And Katha Pollitt talks about the Women’s March on Washington this Saturday, and about the danger of underestimating Trump.