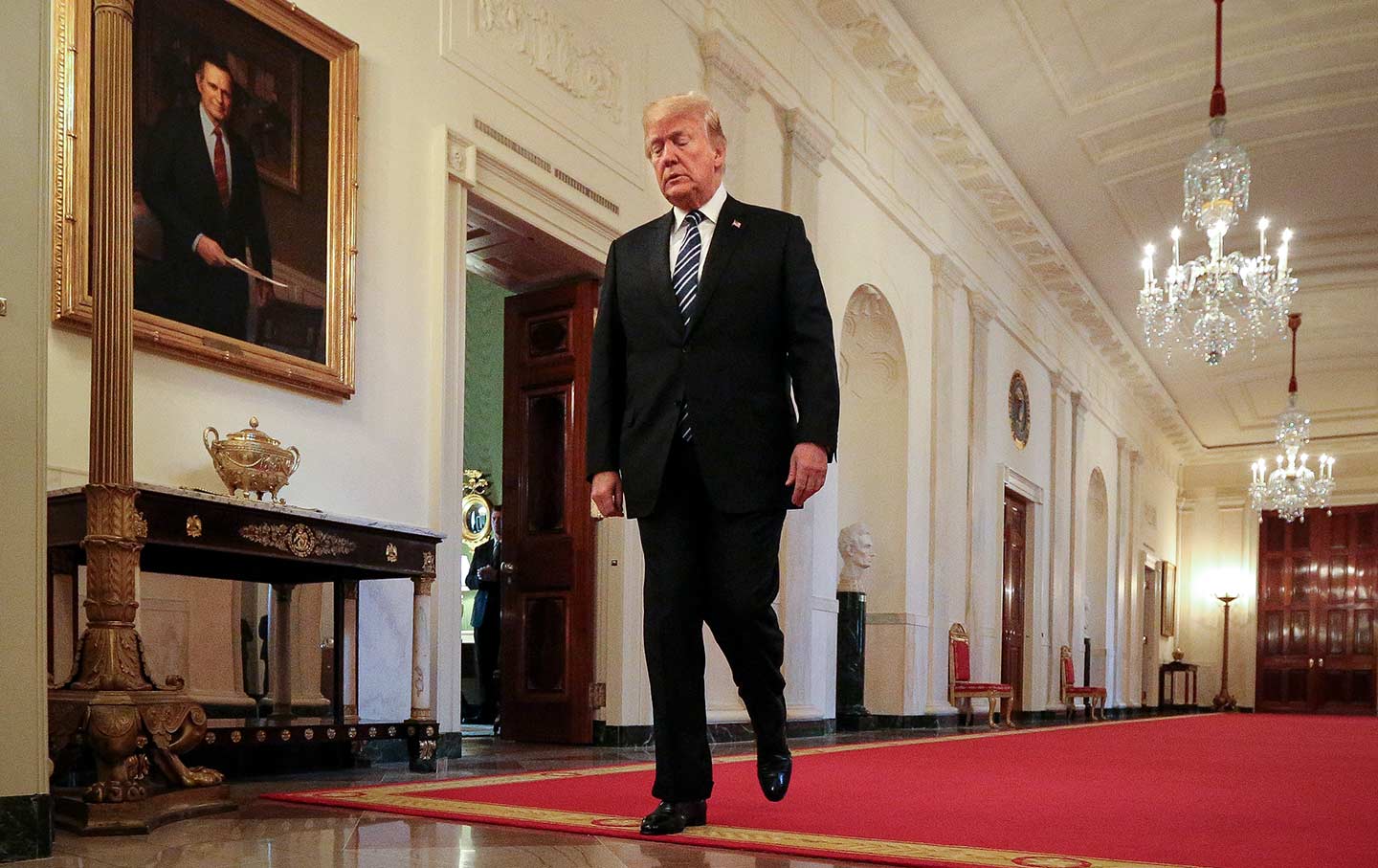 President Donald Trump arrives at the East Room in the White House on May 18, 2018. (AP Photo / Oliver Contreras)

The Democrats’ picking Milwaukee for their convention in 2020 indicates that Wisconsin is a key battleground the party must win in order to recapture the White House. John Nichols talks about what it is going to take for the Democrats to carry Wisconsin—and Michigan and Pennsylvania—and about the far-reaching tasks that will face the party after four years of Trump.

Also: Southern Democrats were an all-white party before the voting rights act of 1965; and then, as LBJ predicted, its members all became Republicans. And yet throughout the 20th century Southern Democrats in Congress supported progressive legislation—as long as it didn’t help black people.Historian Michael Kazin comments—and talks about the party in the South now, where Stacey Abrams and Beto O’Rourke are building something new.

Plus: Halfway through Trump’s term, and the week after International Women’s Day, it’s a good time to look at the big picture of where women stand in the United States and in the world—where the US ranks in terms of women’s political representation, legal equality, and recent reports of discrimination and violence. Katha Pollitt surveys the good news, and the bad news.