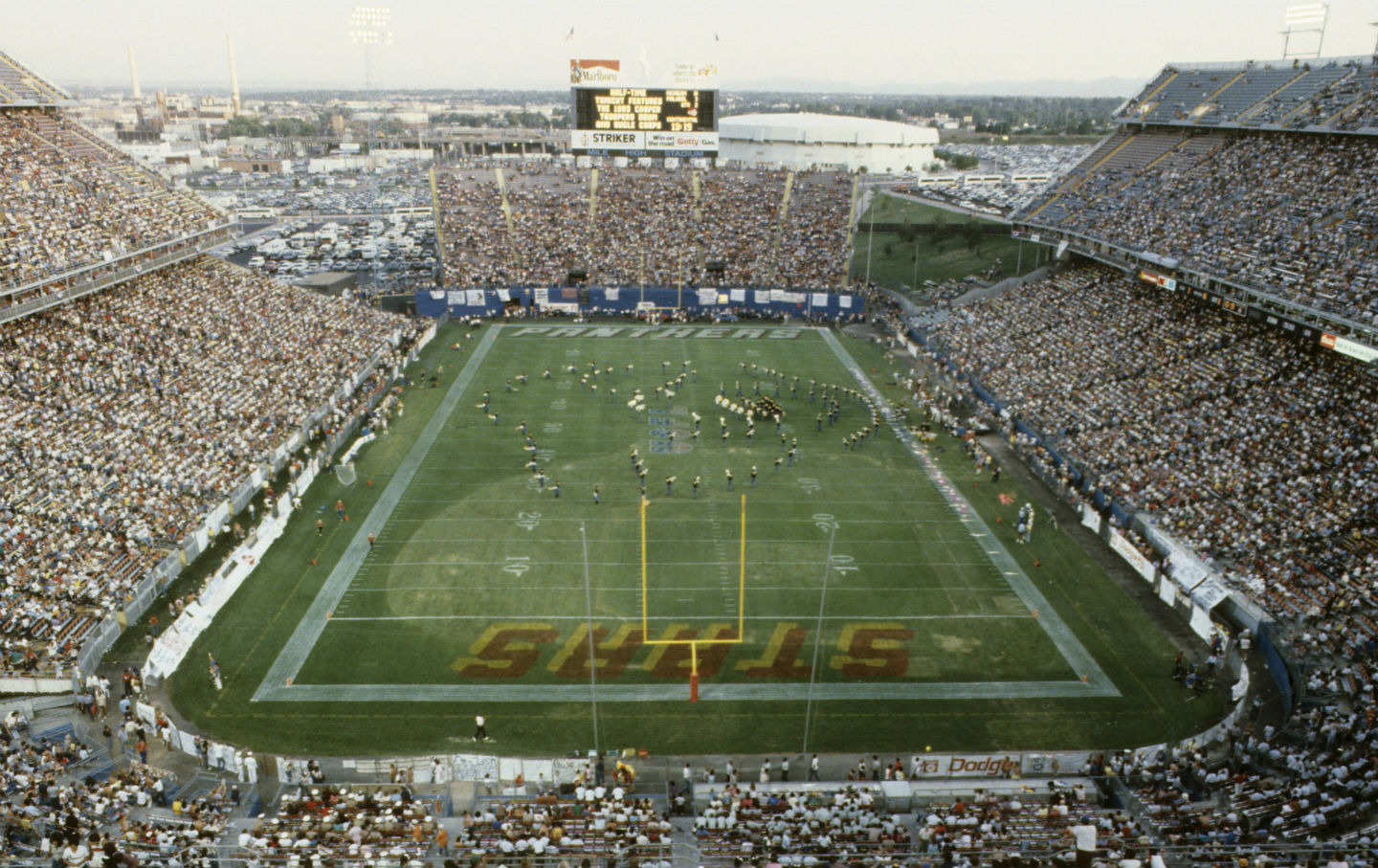 General overhead view of Veterans Stadium during the USFL football game between the Michigan Panthers and the Philadelphia Stars in Philadelphia, Pennsylvania, on July 17, 1983. The Panthers won the game 24-22. (AP Photo / Paul Spinelli)

This week we speak to New York Times best-selling author Jeff Pearlman about his book Football for a Buck: The Crazy Rise and Crazier Demise of the USFL. We go into the league’s history, why it went under, and lessons to be learned from its eventual demise.

We also have Choice Words about proposed cuts to the Special Olympics and we have the same person getting the Just Stand Up and Just Sit Your Ass Down awards! A brand new Kaepernick Watch and more!

Zirin
The Trump Administration’s Ableist Cuts to the Special Olympics