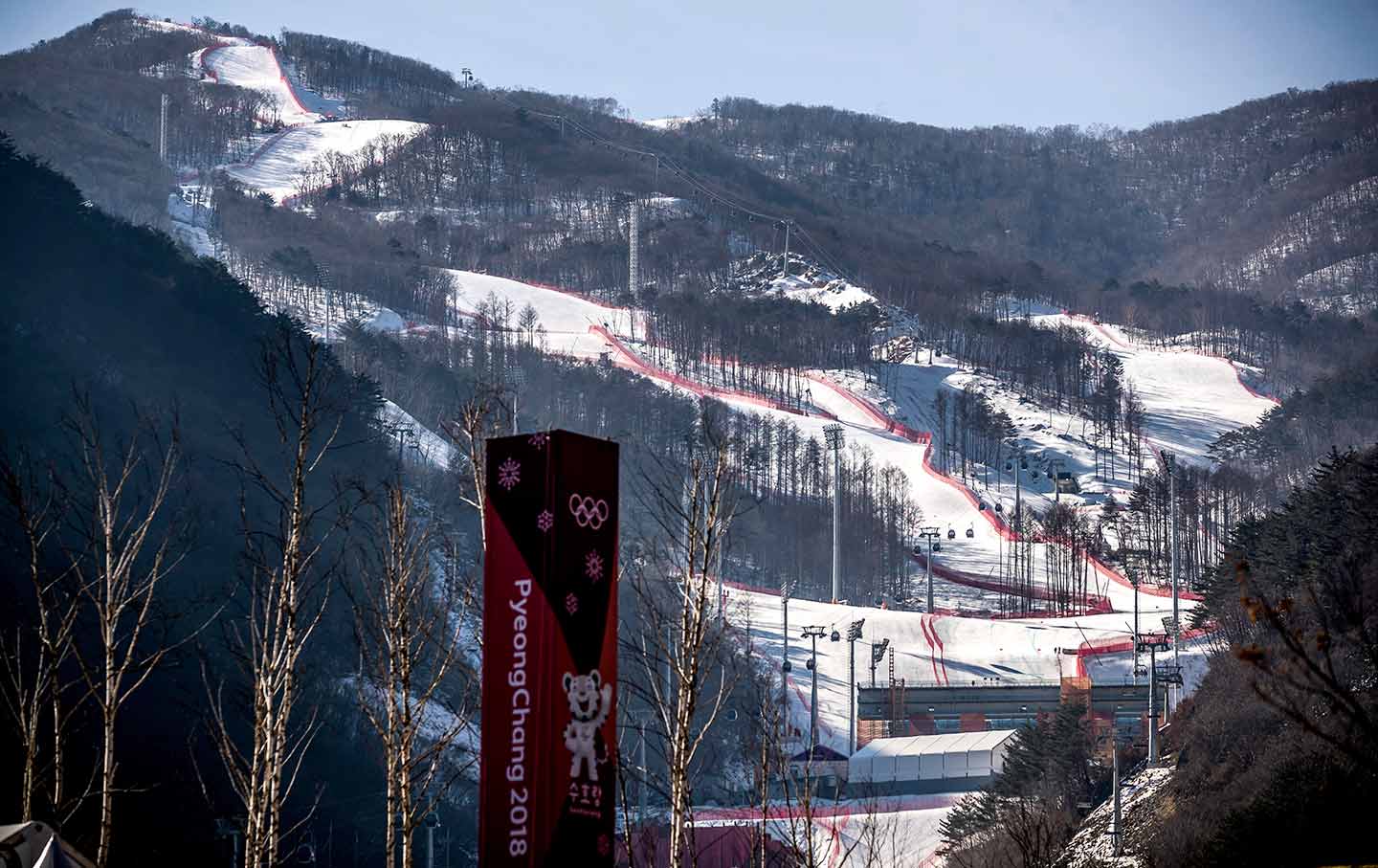 The tracks for the descent and the Super-G at the Jeongseon Alpine Centre in Pyeongchang, South Korea, February 2018. (Michael Kappeler/picture-alliance/dpa/AP Images)

This week, we give a preview of the Winter Olympics with Jules Boykoff, co-author of Power Games: A Political History of the Olympics. We also talk about the geopolitics surrounding the games, the destruction of sacred spaces in South Korea brought on by the Olympics, and whether we can expect athlete protests this year.

During Choice Words, we’ll examine comments made by recent Super Bowl champion Philadelphia Eagles on the topic of a White House visit. Legendary goalkeeper Neville Southall gets a Just Stand Up Award from us for comments made to the Financial Times about economic inequality and racism, and Mike Pence does Mike Pence things, earning another Sit Your Ass Down! award. As always, we’ve got a Kaepernick watch and more on this week’s show!

Zirin
Why So Many Philadelphia Eagles Are Rejecting This White House