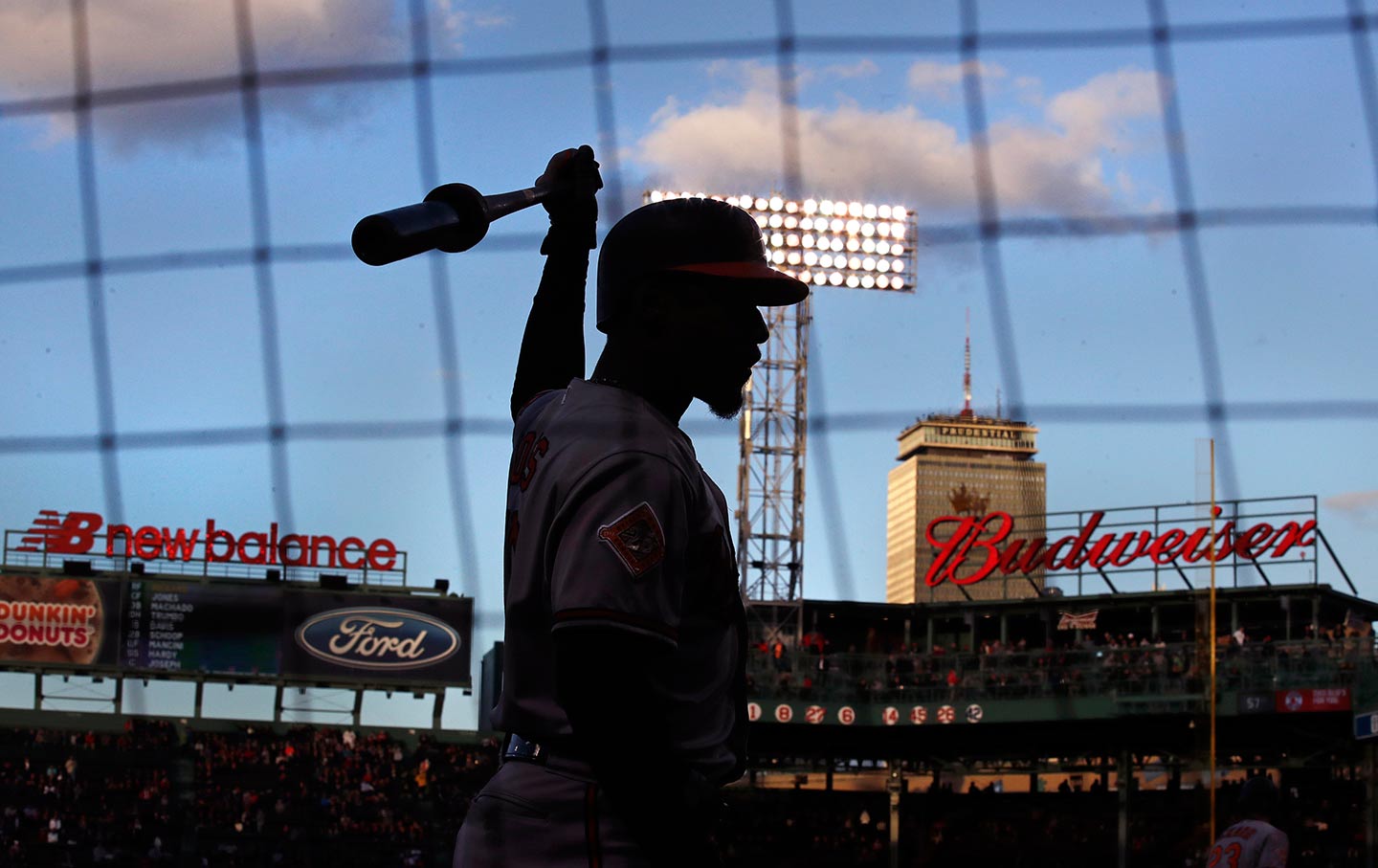 Baltimore Orioles player Adam Jones prepares to bat in a game against the Boston Red Sox in Boston, Massachusetts, on May 3, 2017. (AP Photo / Charles Krupa)

This week, we speak to Baltimore Orioles COO John Angelos about his stirring statement against racism after his team’s star outfielder, Adam Jones, was hit with a barrage of racist insults at Boston’s Fenway Park. We also have a Just Stand Up and Just Sit Down award, both connected to this incident, a special Kaepernick Watch, and much more.

John Angelos, Baltimore Orioles COO
Read his statement after the incident in Boston: “We Must Actively Stand Up”: John Angelos’s Response to Racism at Fenway Park