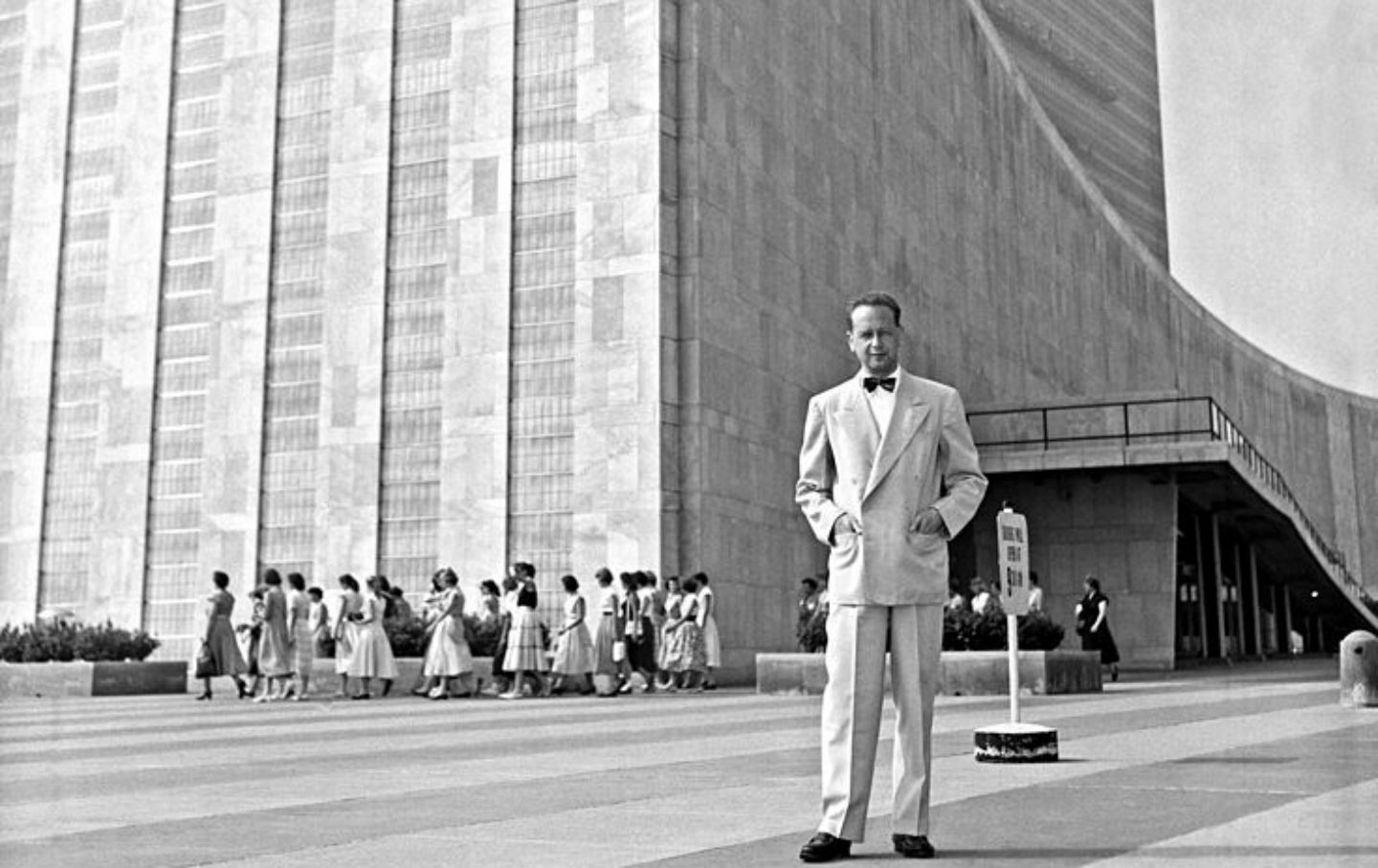 On this day in 1961 the Secretary-General of the United Nations, Dag Hammarskjöld, was killed in a plane crash in the Democratic Republic of the Congo. The cause of the crash is still unknown, with the United States government refusing to declassify documents related to the crash because such disclosures “could reasonably be expected to cause exceptionally grave damage to the national security.” No doubt. The Nation, in its coverage of the crash, avoided talk of conspiracy and assassination and instead focused on what would happen at the geopolitical level in the wake of the secretary-general’s death.

There are those in the U.N. who think that the late Secretary General—exceptional man though he was—tried to carry the world ahead on his shoulders too fast, and too single-handedly. Even if it were possible to find a man of his caliber to succeed him, there would be hesitation in many camps to accord his successor the same liberal interpretation of his office. The U.N., they remind one, is not a sovereign government and must obtain majority support from its members in order to function. For that reason, responsibility for the taking of action must be shared by the majority. This does not obviate the need for the “quiet diplomacy” for which Hammarskjöld became so widely known and generally praised. But, slower though the process may be, open and full debate of steps to be taken in a crucial situation may in the long run have less dangerous consequences for the U.N.