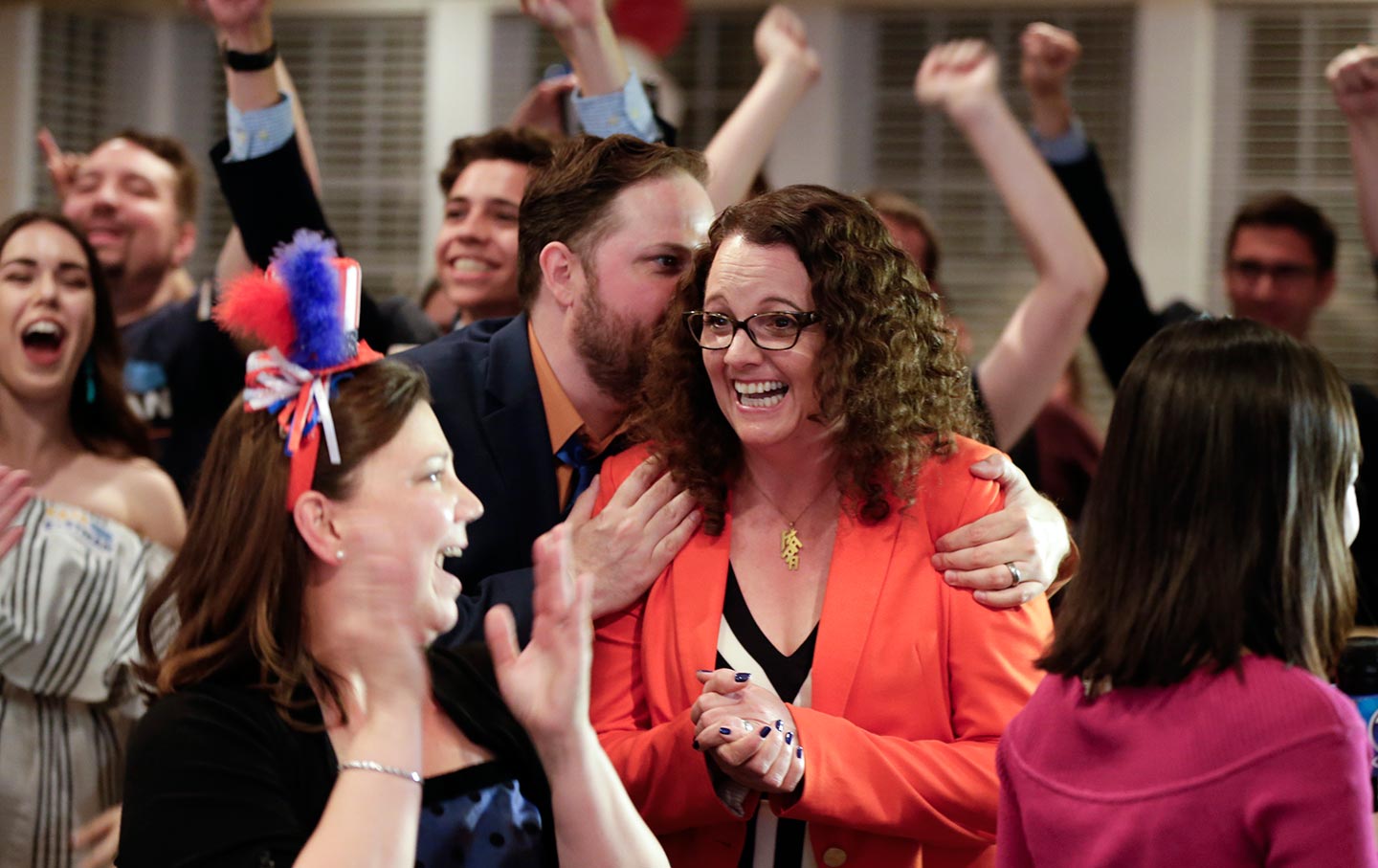 Progressive and populist Democrats had some impressive victories in primaries last week in Pennsylvania, and also in Nebraska and Idaho—defeating centrist, establishment rivals, and showing a new path to victory in November for the party. John Nichols explains.

Also: Trump versus Europe. He’s threatening European banks and industries with sanctions: If they don’t cut off trade with Iran, they would be barred from American markets and transactions with American banks. We asked Yanis Varoufakis for his analysis—he’s the former finance minister of Greece who led the resistance to European Bankers demanding austerity—now he has cofounded an international grassroots movement that is campaigning for the revival of democracy in Europe.

Plus: Fifty years ago this month, in May ’68, students in Paris took to the streets calling for a new kind of revolution. Over the next year or two, there were student uprisings and revolts around the world in many places. But Paris in May 1968 was the best one, the only one to move beyond the campus, with a general strike involving ten million workers threatening the political system. Arthur Goldhammer, the translator and writer, comments.