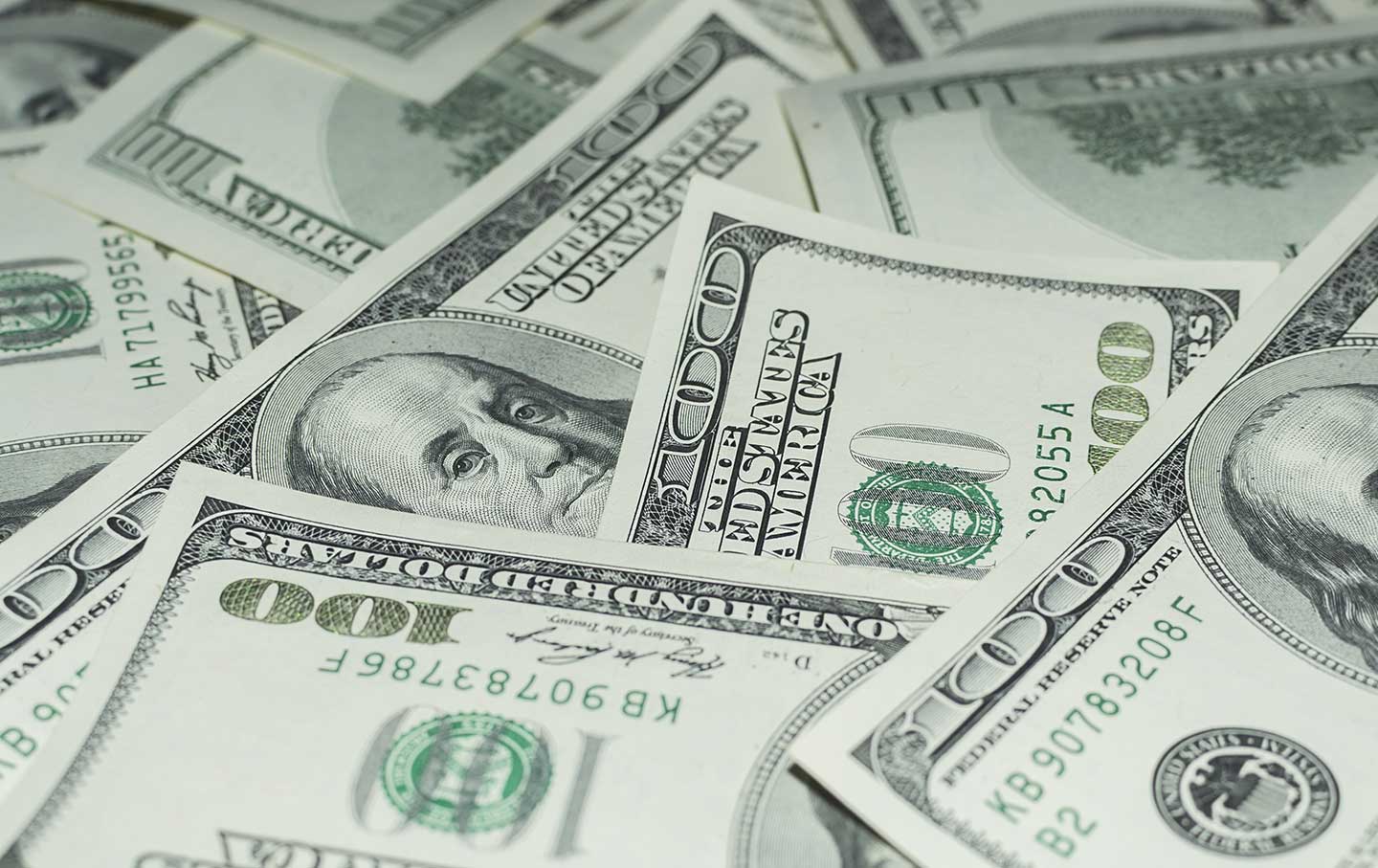 At this year’s World Economic Forum at Davos, billionaire Michael Dell, the 25th-wealthiest man in the world, weighed in on new proposals to tax the very wealthy. Dell said he was “much more comfortable” giving through his private foundation “than giving…to the government.” He’s not the first billionaire to confuse his obligations to society and conflate charitable giving with paying taxes.

Indeed, the discussion about solutions to most social problems are too often sidetracked by stories of beneficent billionaires and their charitable deeds. Lost in a fog of generosity is the recognition that philanthropy is not a substitute for a fair and progressive tax system and robust public investments in poverty alleviation, infrastructure, economic opportunity, and social protection.

To be sure, there is strategic philanthropy in the United States that sustains a vibrant independent sector. But that sector is in jeopardy, thanks to the increasingly top-heavy nature of philanthropy and the ways that the super-wealthy are creating a taxpayer-subsidized extension of their private wealth and power.

Philanthropy mirrors the wealth inequality trends of society overall, with more wealth and therefore more giving clout concentrating in the hands of billionaires like Dell. Charitable giving vehicles, such as donor-advised funds, are now part of the menu of tax avoidance strategies that the ultra-rich use to stash their wealth. The risk in this increasing inequality is not only to the independence of the nonprofit sector, but also for our democracy and society as a whole. 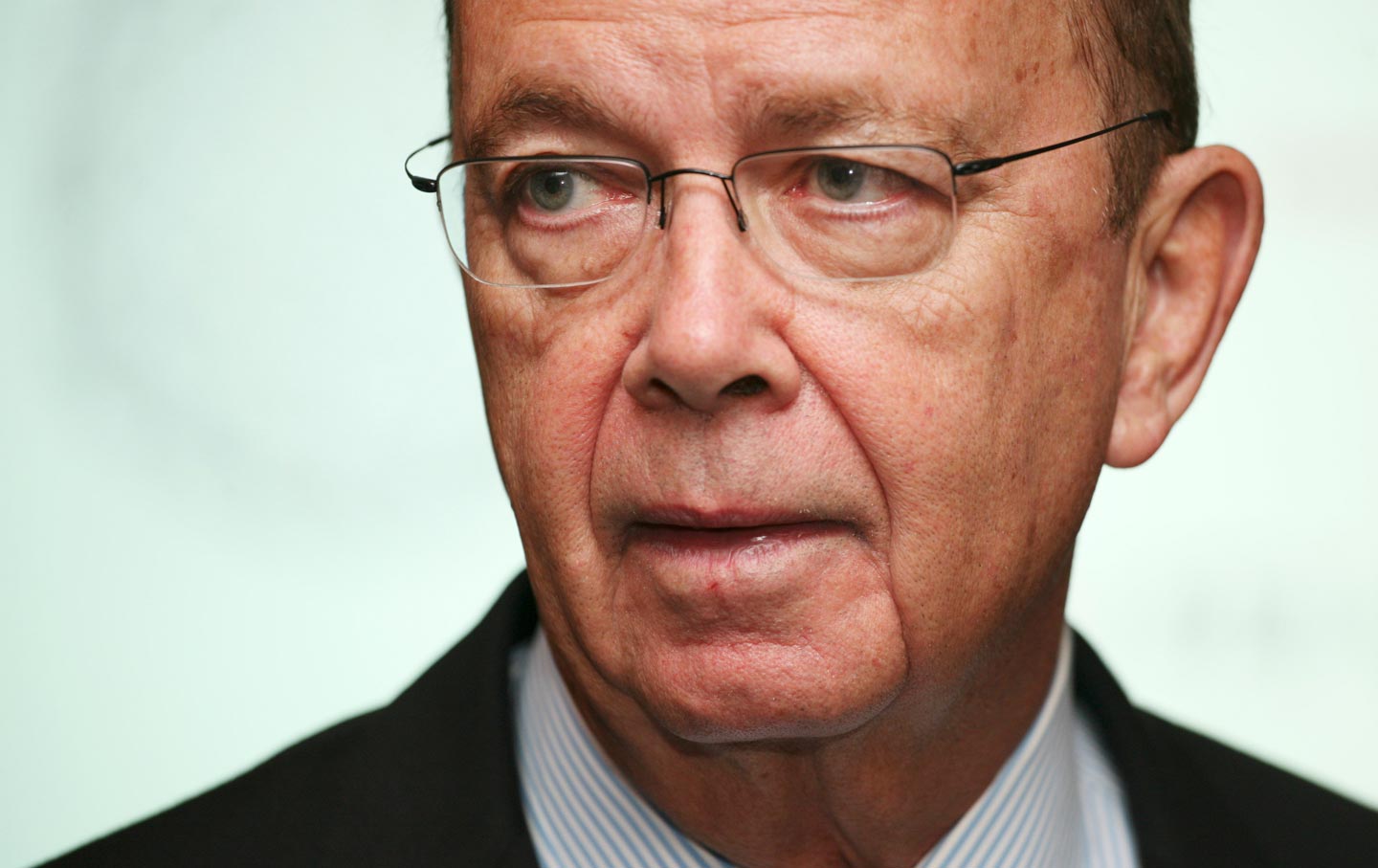 Wilbur Ross, Trump’s Most Corrupt Cabinet Official, Has Got To Go

The list of philanthropic abuses goes beyond President Trump using his personal foundation to illegally funnel tax-exempt funds to campaign consultants or toward the purchase of paintings of himself. The ways in which philanthropy is being abused include:

Self-serving policy advocacy. Some wealthy donors, especially those in the Koch brothers’ network, are “weaponizing philanthropy,” using their considerable wealth and power to undermine democratic institutions and rig the rules of our economy in their favor. As journalist Jane Mayer documents in her book Dark Money: The Hidden History of the Billionaires Behind the Rise of the Radical Right, wealthy donors are funneling tax-exempt funds to think tanks and advocacy groups to further a wealth-protection agenda in the political arena.

Corruption of higher education. Wealthy parents bribing college coaches, test proctors, and others to rig college admissions, while funneling funds through tax deductible foundations, is only the tip of the iceberg of abusing the charitable giving system. Daniel Golden, a former Wall Street Journal reporter and author of The Price of Admission: How America’s Ruling Class Buys Its Way into Elite Colleges—and Who Gets Left Outside the Gates, chronicles the “wealth effect” on college admissions and how charitable donations open doors for affluent family members to gain admission.

Self-dealing foundations. Some foundations pay family members to serve on boards, staff foundations, and subsidize family reunions, in the form of board meetings.

Other philanthropy at least pretends to be geared toward solving social problems, providing symbolic or token contributions to solving large, complex, and systemic problems. As Anand Giridharadas observes in his new book, Winners Take All, billionaire philanthropy is funding hundreds of solutions to social problems, while defining the terms of the debate to exclude such strategies as progressive taxation and expanding worker rights.

Perhaps surprisingly, Republicans have been quicker to call for oversight of the charitable sector than Democrats. As part of his tax reform proposal, now-retired Republican representative Dave Camp suggested rule changes governing charitable giving in the last Congress. But most lawmakers, including progressives, have largely maintained a laissez-faire attitude toward the philanthropic sector.

Half a century has passed since the last significant reform to the rules governing philanthropy. Progressive lawmakers should advance a philanthropic reform agenda beginning with modernizing rules and charity oversight practices.

At its root, fixing philanthropy is vital for the future of our democracy. For every dollar a billionaire donates to charity, we the people chip in anywhere from 37 to 57 cents in the form of lost tax revenue, depending on how aggressive the donor’s tax avoidance strategies are. In other words, taxpayers effectively provide matching funds for the donation priorities of private donors, whether for a new wing of an art museum or a brand-new performing arts center at a private high school. The public interest in charity oversight rests on this partnership; if a donor doesn’t want government oversight and public accountability of their charitable giving, they should simply forgo the charitable deduction.

If we are to have any hope of taking back our political system from the grips of the super rich, there needs to be strong, unified trans-partisan support for a philanthropic reform agenda that boosts the independent sector, encourages broader giving, protects our democracy, minimizes gaming and tax-avoidance, and prohibits self-dealing.

According to Giving USA, charitable giving increased in 2018 to $427.77 billion, slowing slightly after a decade of significant growth due to volatility in the stock market at the end of 2018 and the 2017 Trump tax cut that reduced the number of itemizing households. Foundations increased their giving by an inflation adjusted 4.7 percent to $75.86 billion. But increases in donations mask a troubling undercurrent.

As a report I coauthored, “Gilded Giving,” revealed, donations by low and middle income givers have been steadily declining over the last 10 to 15 years. Almost all the growth in giving, enthusiastically trumpeted by Giving USA over the last decade, has been the result of growing mega-gifts, donations over $1 million.

Reflecting the concentration of wealth, the superrich have created foundations at a rapid pace. The number of grant-making foundations grew from 64,845 in 2002 to 86,203 in 2015, a 28 percent increase. And the amount of assets held in those foundations doubled over that same period.

Meanwhile, the percentage of households that give to charity has declined significantly. Between 2000 and 2014, the proportion of households giving to charity dropped from 66 percent to 55 percent.

Giving trends by middle and modestly affluent donors track the economy’s larger economic insecurity indicators. For example, small-donor declines are highly correlated with the declining homeownership rate, stalled wages, and growing personal debt. It makes sense: If people feel less economically secure, they are less likely to give to charity.

As the donor base shrinks to the wealthy and affluent, the resulting philanthropy reflects the social priorities of advantaged groups. As Catholic University law professor Roger Colinvaux warns, “Philanthropy will increasingly become a self-serving vanity project for one segment of society, and less worthy in a true philanthropic sense.”

Originally a creation of community foundations, DAFs are holding accounts designated specifically for charitable giving. DAFs have been recently adopted and aggressively marketed by a number of for-profit Wall Street firms, such as Fidelity Investments, Goldman Sachs, Charles Schwab, and Vanguard. And their clients are responding by putting an increasingly significant amount of money into DAFs.

There is currently no legal incentive to move money out to charities once it has been put into a DAF. And, in the case of Wall Street–sponsored DAFs, there are often financial incentives for staff at the DAF, and for fund managers and client advisers at its for-profit affiliate, to keep money in the fund. As a result, funds may sit in the DAF for years, or potentially forever, before being donated to active charities addressing community problems.

As currently structured, DAFs foster a wealth preservation mentality among donors, rather than incentives to move donations to qualified charities. This delays the public benefit from those donations, which has an opportunity cost for society. DAFs also open up loopholes for both donors and private foundations to get around tax restrictions and have little transparency and accountability.

How We Fix This

The last time Congress overhauled the legal framework for the philanthropic sector was in 1969, a period of relative equality in US history. Philanthropic reform should have several objectives:

Congressional progressives should convene hearings and advance reform legislation. They will have to push back against the power of the donor class and an entrenched group of organizations focused on defending the imbalanced status quo, what Peter Buffett calls the “charitable industrial complex.”

Most of these philanthropic reforms will not directly address the overarching problem of concentrated private wealth and power. For this, we need a plutocracy prevention tax program that includes a wealth tax, a stronger estate tax, restoration of progressive income taxes, and a 10 percent tax surcharge on all income, including capital gains.

Here are some of the steps we need to take to get to a more equitable philanthropic system:

Congress must act to prevent charitable entities from becoming an extension of top-heavy wealth and power, while rewarding the good impulses of individuals and families to give for the public benefit.

Correction: A previous version of this article incorrectly stated that the Johnson Amendment is a bill being considered by Congress that, if passed, would overturn a rule prohibiting nonprofits and charities from engaging in partisan politics and campaigns. The Johnson Amendment actually established that rule and was passed in 1954.