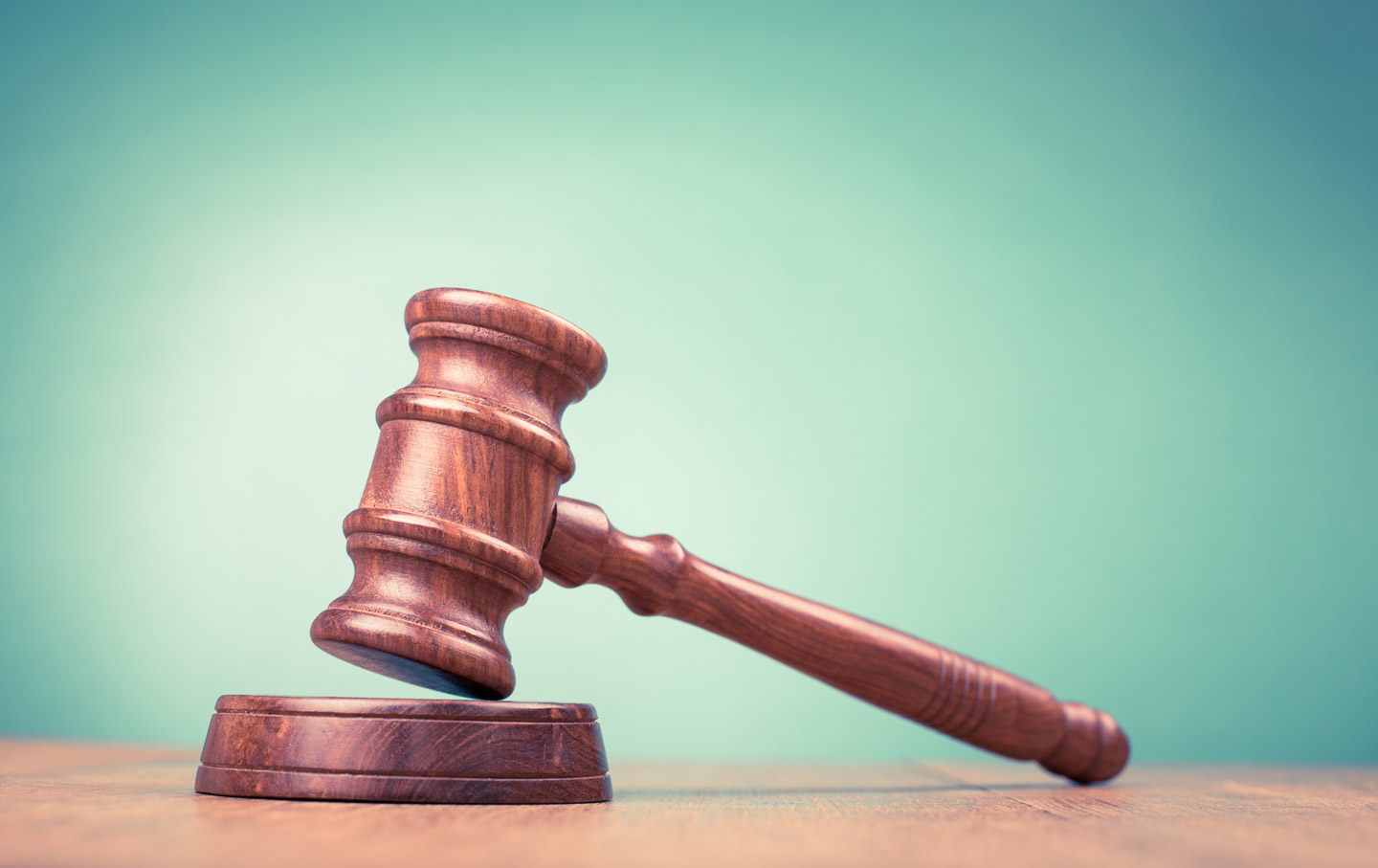 Americans are famous for filing lawsuits left and right, but for litigants living in poverty, justice can be harder to find. When facing civil litigation, a massive gap in legal-aid services reflects and reproduces the very injustices that often drive poor litigants into the courts in the first place.

Unlike criminal proceedings, in which the indigent are provided with a public defender, in civil cases counsel is generally not guaranteed for those who cannot afford it. While federal authorities have begun exploring corruption issues in lower-level courts—especially scandals over municipalities running modern-day “debtors’ prisons” that impose predatory fines on the poor—there’s less public attention on the chronic scarcity of legal aid in civil litigation, including divorces, labor disputes, and other seemingly banal legal matters with complex social implications.

The 2016 Justice Index, a project of the National Center for Access to Justice (NCAJ), scores state courts on how they provide litigants with access to basic legal instruments, analyzing where and how the system is rigged against the vulnerable.

One measure is the proportion of legal-aid attorneys relative to the poor population. Currently, there are fewer than 7,000 legal-aid lawyers nationwide, roughly .64 attorneys for every 10,000 people in poverty. Depending on where you go to court, your access to counsel varies wildly: South Carolina has a ratio of just .24 legal-aid lawyers for every 10,000 poor people, but Washington State has 1.09 per 10,000. But across the country the availability of legal-aid attorneys is dwarfed by the ratio of 40 regular attorneys for every 10,000 people. In this deeply skewed legal landscape, while businesses go “forum shopping” to seek corporate-friendly judges, the poor by contrast see their legal fates dictated by class and geography. Meanwhile, civil legal-aid groups like Rural Legal Services must wrestle with budget cuts.

The index’s measures of language and disability access also show how social inequality and a lack of public investment intertwine to undermine constitutional rights. Immigrants with limited English ability—about 25 million nationwide—face an acute disadvantage. In 33 states, civil courts require the use of certified interpreters, and most train court staff or judges on working with courtroom interpreters. But policies for language accommodation vary state to state, and only about half of states require that interpretation be offered for free in housing-related and foreclosure cases. And many non-English speakers must face the judge without any lawyer.

Generally, states provide legal counsel to represent an indigent mentally ill person who has been ordered into “involuntary commitment” (enforced psychiatric confinement). But only three systems have provisions for legal aid that treat free counsel as a formal “reasonable accommodation” for disability.

For an undocumented immigrant seeking escape from an abusive partner, or a migrant farmworker household fighting eviction, a monolingual courtroom can morph from a potential forum for justice into a gauntlet of legal snares: “where people are vulnerable because of power imbalances in their relationships,” NCAJ Executive Director David Udell says, “the courts can sometimes be a refuge…. But whether or not it will do so is often contingent on whether the person can be adequately understood despite language limitations.”

While the right to counsel and a speedy trial is generally associated with poor defendants in criminal courts, there is a constitutional and democratic principle at stake in ensuring civil-justice access. After all, an eviction might not be a criminal case, but it inflicts massive economic violence on families punished for their destitution. Udell also noted that, while poor litigants are often defendants in civil litigation, many cases involve affirmative claims, including “suits for job discrimination, suits to recover wages, suits to protect civil rights.” Here, defending constitutional rights of the poor could be crucial for holding large employers or financial institutions accountable.

Overall, the paucity of legal aid results in most people going before a judge alone. According to the Index, “as many as two-thirds of the litigants appear without lawyers in matters as important as evictions, mortgage foreclosures, child custody and child support proceedings, and debt collection cases.”

Still, as civil courts and legal technology evolve, Udell says, “trial court judges across the country are adopting new approaches to…make proceedings fairer in the absence of a lawyer.” The 2011 landmark Supreme Court case Turner v. Rogers resulted in a sort of half-baked “Civil Gideon” entitlement for non-criminal cases. Today, many courts seek to adhere to the ruling’s mandate for “alternative safeguards” which might include waiving filing fees for low-income litigants, or requiring that court documents be published in “plain English” for reading accessibility. Some states offer court-based self-help centers, providing at least some legal assistance to people without attorneys.

Yet Udell adds that “most of those new initiatives…have not yet been subjected to any kind of empirical evaluation to see whether they really work, so we don’t know much about how does a litigant do if they don’t have a lawyer.” As a data-mapping project, the Justice Index aims to provide an analytical tool for a sprawling, opaque legal infrastructure, Udell says: “Just organizing this world a lot more so that it’s not just quite so random is a step in the right direction.”

The lack of a constitutional entitlement to legal representation remains the deepest gap in the civil legal machinery. Accordingly, the Justice Index is now tracking whether court systems guarantee access to court-appointed legal representation for the poor. Some states recognize a right to counsel in specific circumstances, such as child-abuse cases. But so far not a single state recognizes the right to a lawyer for indigent litigants in housing cases—meaning courts don’t think extremely poor people are entitled to counsel when fighting to stay in their homes.

This justice gap stands as a stark measure of social inequity inside and outside the courtroom. While Fortune 500 companies and conniving politicians shield themselves with blue-chip corporate lawyers, for the rest of us the most crucial legal issues, of protecting our families, livelihoods or homes, don’t count as matters for which courts have a duty to ensure due process. For those who don’t have the cash to tip the scales of justice, the law is seldom on our side.