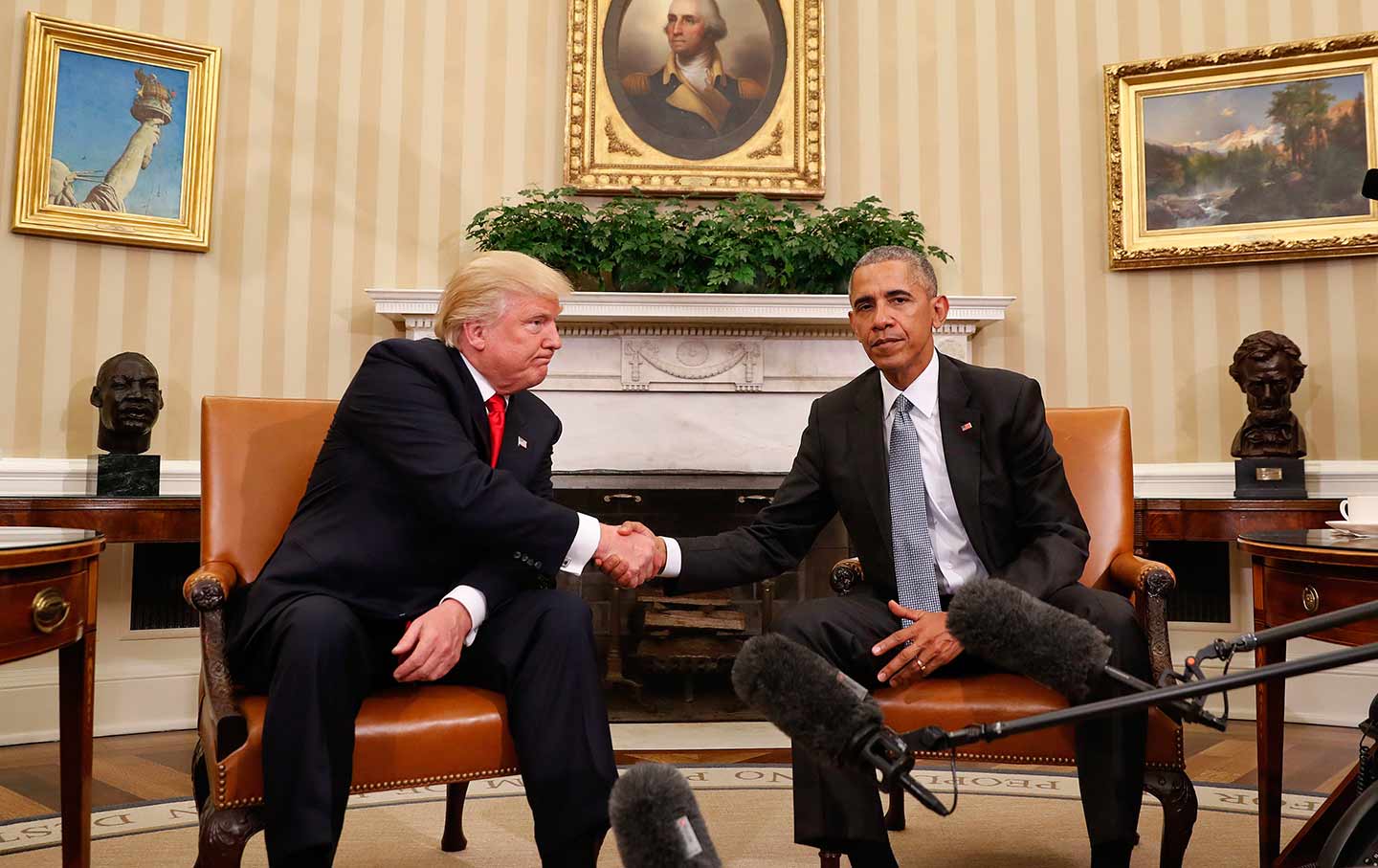 Obamacare saved the lives of hundreds of thousands of black people, but Obama never mentioned that fact—his rhetoric throughout his presidency was always more “race-neutral” than not. And the Obama years also saw the resurgence of white supremacy. Kai Wright asks whether there’s a connection.

Plus: Amy Wilentz comments on Michelle Obama’s White House years—her passion and eloquence in the face of Donald Trump, and also how big food and agribusiness defeated her campaign against childhood obesity.

And Harold Meyerson examines what Democratic control of California has achieved this year, and explains the forces that have made Republicans powerless in state politics.