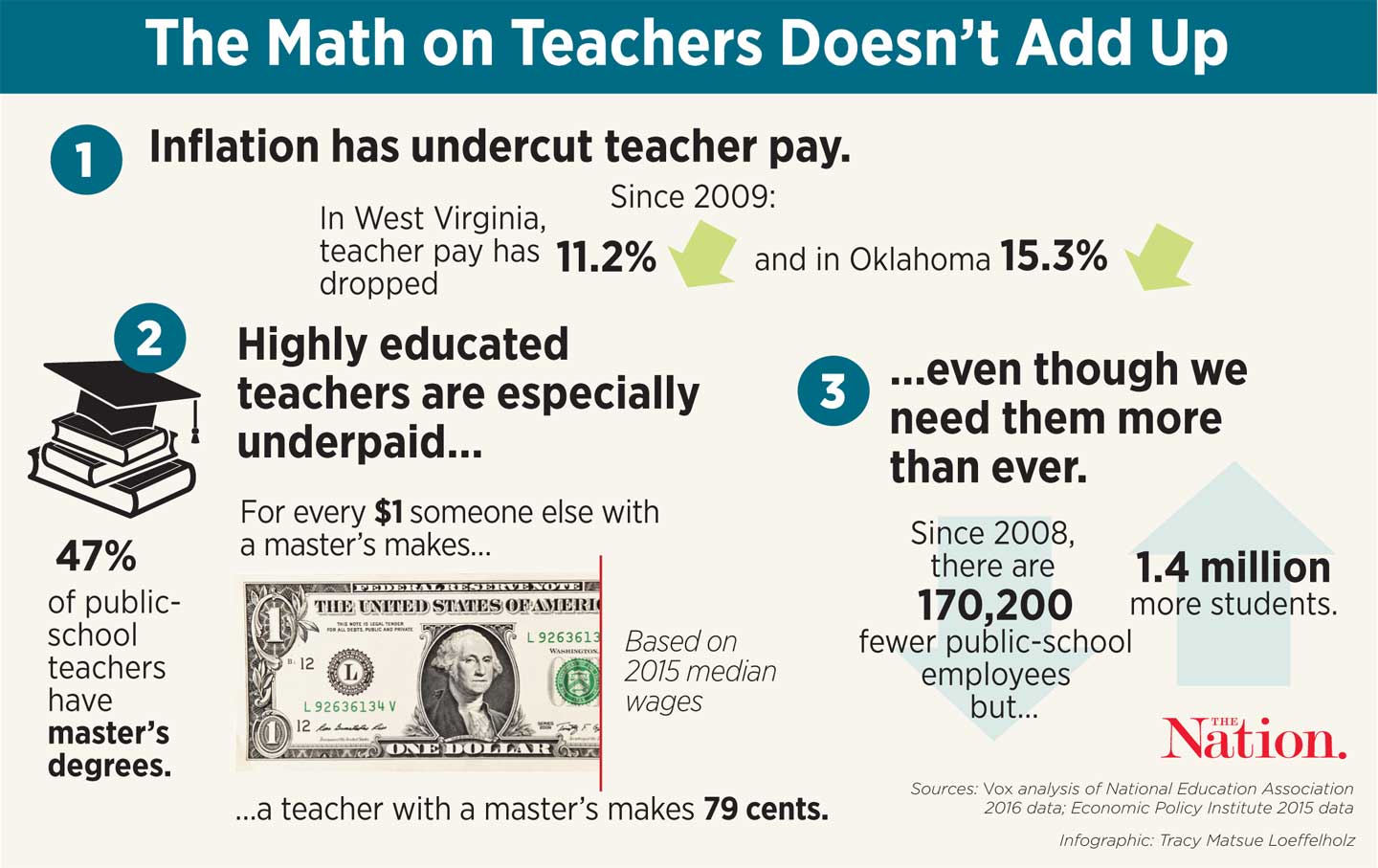 West Virginia teachers made history when they went on strike for nine days, shuttering schools from February 22 to March 6 over their dismal pay and shoddy benefits. Teachers in the state do not have a legal right to strike or to collectively bargain; still, they walked off the job to demand better compensation and walked back into their classrooms with a 5 percent raise.1

The unrest, however, is not over. Teachers in Oklahoma have promised to strike beginning April 2 if their Legislature doesn’t give them a raise and increase money for schools. Striking is also illegal for Oklahoma’s teachers, but school superintendents have indicated they’ll shut down the schools to allow the educators to walk off the job. Teachers in Kentucky and Arizona are also considering walkouts.2

It shouldn’t be shocking that teachers across the country are so fed up that they’re ready to strike. Teachers in West Virginia and Oklahoma may be among the worst-paid in the nation, but over the last decade, educators everywhere have been asked to do more for less.3

Teachers have long been underpaid. Their average salary is a little over $58,000 a year. While that’s just below the national median income, teachers have the kinds of qualifications that should mean they bring home more than the average employee. About half of public-school teachers have a master’s degree, and nearly two-thirds have more than 10 years of job experience. And yet they make 17 percent less than other similarly educated workers, according to the Economic Policy Institute. Compensation for all college graduates rose over the last two decades, adjusted for inflation, but for teachers it actually declined.4

Things are even worse in both West Virginia (ranked 48th in the country for teacher pay) and Oklahoma (ranked 49th). Teachers in those states make approximately $46,000 and $45,000 a year, respectively. Accounting for inflation, teachers in West Virginia have taken an 11.2 percent pay cut since 2009, and those in Oklahoma have seen their pay decline by 15.3 percent.5

But while being poorly compensated has a long history, teachers are now at their breaking point. Years of austerity have left them with few, if any, raises and even more work.6 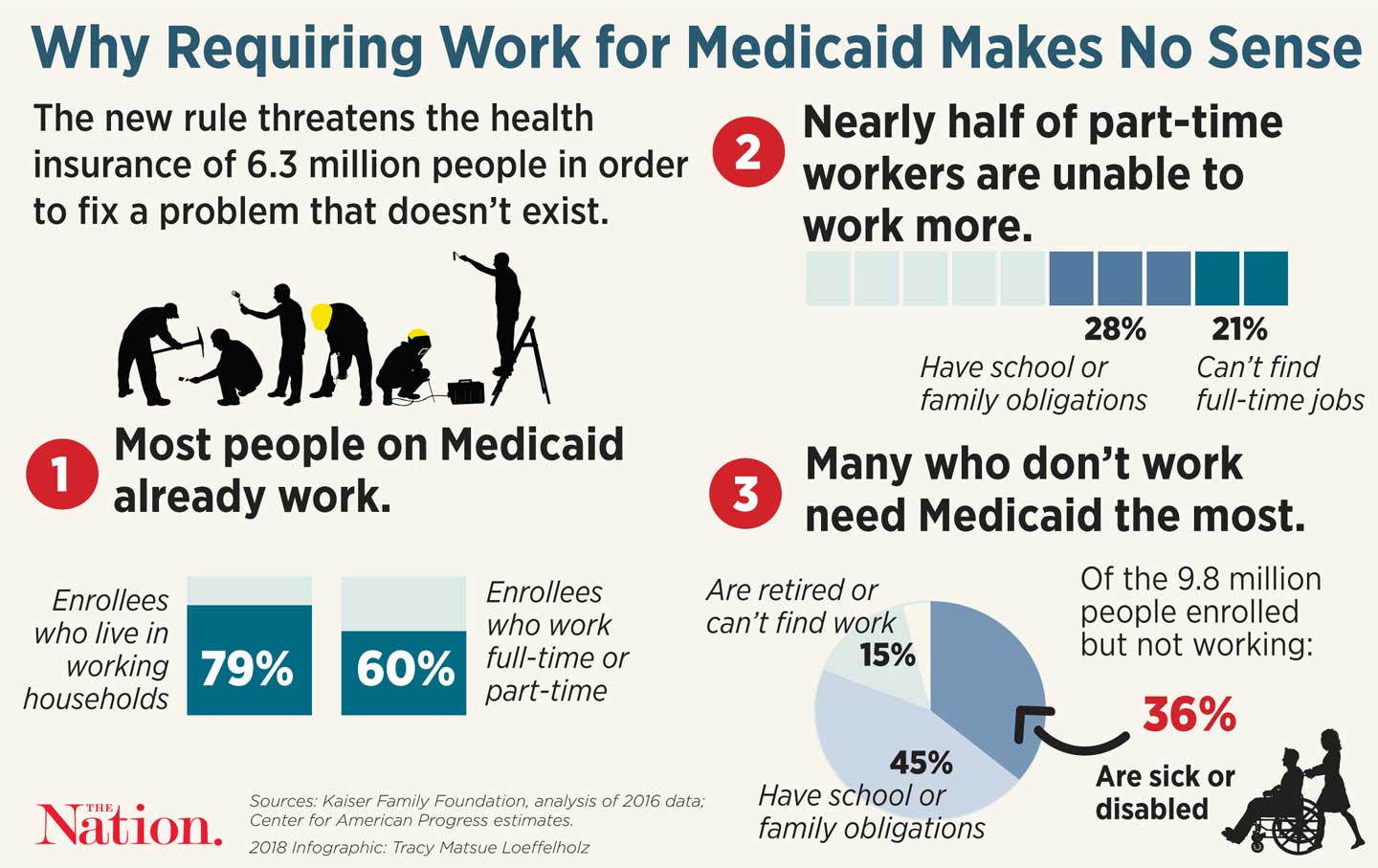 In the majority of the country, teachers are working in classrooms that are not being adequately funded, even after state budgets have gotten healthier as the recession has faded from view. As of 2015, state money allocated for schools was still lower than it was before the recession in 29 states. Oklahoma is the leader of that pack, having reduced it by more than a quarter over the last decade, but West Virginia has cut back by more than 11 percent. During this same period, many states also cut taxes, further starving themselves of resources that could go to schools.7

One outcome of this austerity has been the dwindling of teachers’ ranks. More than 100,000 were laid off in the aftermath of the crisis, as federal stimulus money ran out and states grappled with extra expenditures to help the swelling ranks of those in need. There are 170,200 fewer public-school employees now than in the middle of 2008, according to the Bureau of Labor Statistics, when budget cuts went into full effect in state legislatures around the country and they started thinning the number of public employees.8

We still haven’t climbed out of that hole. In fact, there are 1.4 million more students today than there were in 2008. Given that increase, we’re actually missing a little over 200,000 additional public-school employees who would be needed just to accommodate the growing student body. Add it all up, and today’s public-school teachers are shouldering the burden of work that should be handled by more than 400,000 co-workers who just aren’t there.9

The most important factor in a child’s education—which will help determine her future course in life—is the quality of her teachers. And yet we’ve asked teachers to do this crucial work for what amounts to peanuts. No wonder they’re saying enough is enough.10