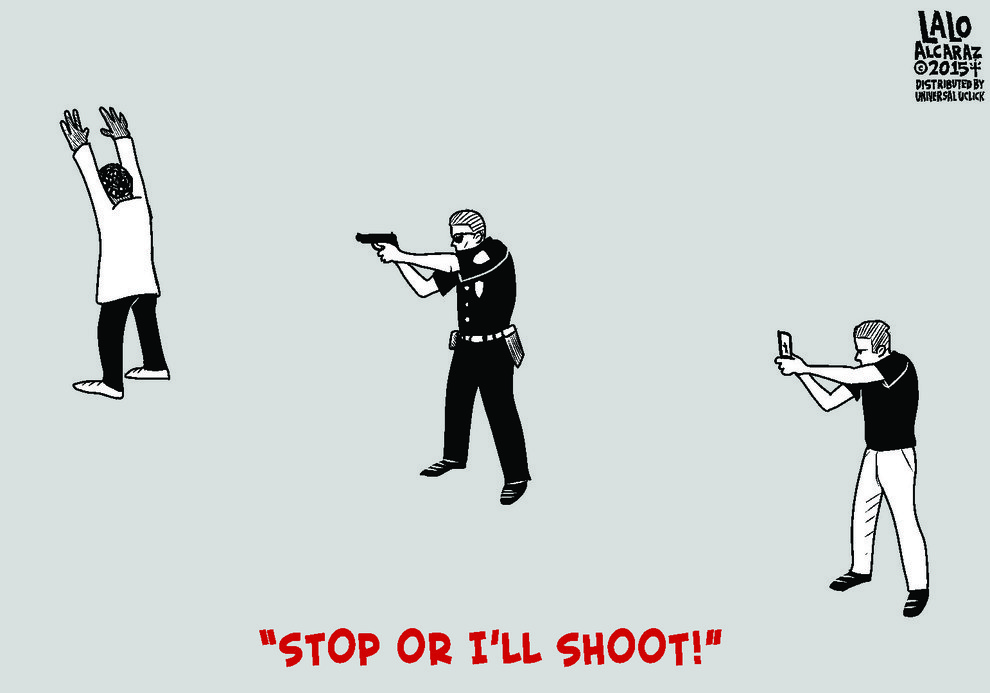 The ACLU in California today released a free smart-phone app that allows people to send cellphone videos of police encounters to the ACLU, automatically—and the ACLU will preserve the video footage, even if the cops seize the phone and delete the video or destroy the phone. The app, “Mobile Justice CA,” works for both iPhones and Android users. It’s available at Apple’s App Store and at Google Play.

The app features a large red “Record” button in the middle of the screen. When it’s pressed, the video is recorded on the phone and a duplicate copy is transmitted simultaneously to the ACLU server. When the “stop” button is pressed, a “Report” screen appears, where information about the location of the incident and the people involved can also be transmitted to the ACLU. The video and the information are treated as a request for legal assistance and reviewed by staff members. No action is taken by the ACLU, however, unless an explicit request is made, and the reports are treated as confidential and privileged legal communications. The videos, however, may be shared by the ACLU with the news media, community organizations or the general public to help call attention to police abuse.

The app is available in English and Spanish. It includes a “Know Your Rights” page.

The value of the Mobile Justice app was dramatized this month in the Los Angeles suburb of South Gate, where a bystander taped cops detaining people in her neighborhood. A second person was recording her, and in that video, a lawman rushes at the first woman, grabs her cell phone, and smashes it on the floor. The second video ended up on YouTube. (South Gate police later said the officer was not a local cop but rather a deputy US marshal.)

“People who historically have had very little power in the face of law enforcement now have this tool to reclaim their power and dignity,” said Patrisse Cullors, director of the Truth and Reinvestment Campaign at the Ella Baker Center, which is working with the ACLU of California to support the launch of the Mobile Justice CA app. “Our vision is that this app will ultimately help community members connect and organize to respond to incidents of law enforcement violence, and then share their experiences and knowledge with others.”

The Mobile Justice CA app complies with California law. ACLU affiliates in other states have developed other versions for use in those states: residents of New York should use the “Stop and Frisk Watch” app; in New Jersey, it’s the “Police Tape” app; in Oregon and Missouri it’s the “Mobile Justice” app. These work in different ways: with the New York app, shaking the phone stops the filming; the New Jersey app does not transmit the video automatically—the user must choose to send it to the ACLU-NJ for backup storage. Not all of them are available on all platforms and not all are available in Spanish, as the California app is. However, video submitted from anywhere via the California app will be stored and available to those who submitted it, an ACLU SoCal official said. (I'm a board member of the ACLU Foundation of Southern California, where the app was funded through donations by Susan Adelman and Claudio Llanos and their family foundation.)

“This app will help serve as a check on abuse,” said Hector Villagra, executive director of the ACLU of Southern California (ACLU SoCal), where the app was developed. It will “allow ordinary citizens to record and document any interaction with law enforcement,” he said, including “police officers, sheriff’s deputies, border patrol, or other officials.”