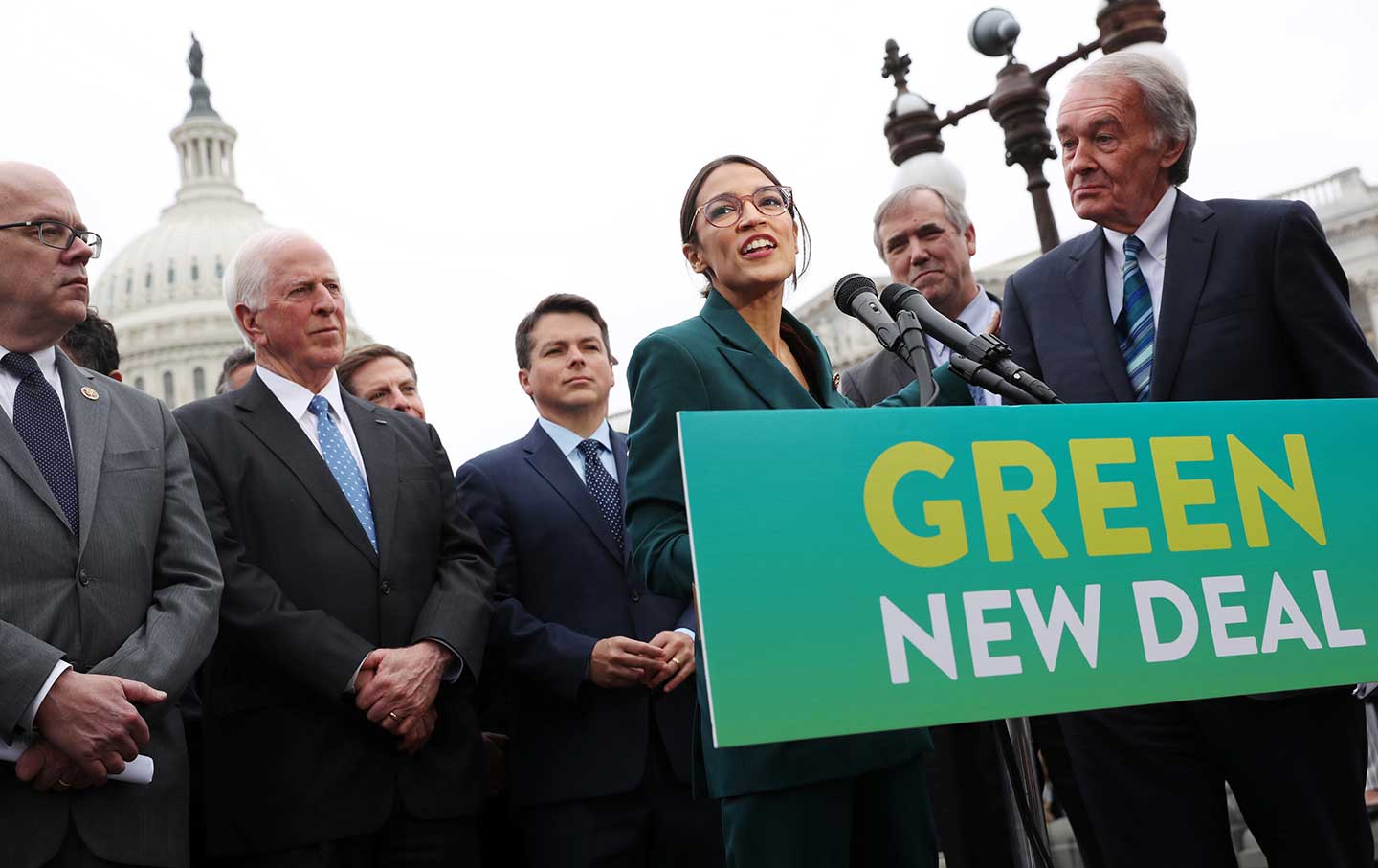 Alexandria Ocasio-Cortez (D-NY) and Senator Ed Markey (D-MA) hold a news conference for their proposed “Green New Deal” at the US Capitol in Washington, DC, on February 7, 2019. (Reuters / Jonathan Ernst)

Naomi Klein says the Green New Deal needs to follow the example of the New Deal of the 1930s, when nothing would have happened without “massive pressure from social movements” that “changed the calculus of what was possible.” Klein is a contributing editor at The Nation and author of several number one bestsellers, including This Changes Everything.

Plus: Dahlia Lithwick talks about the national challenge to Trump’s “national emergency”—the constitutional issues, the political issues, and the dangers of treating as normal his rambling, fact-free, egomaniacal performance in the Rose Garden announcing his “emergency.” Dahlia writes about the courts and the law for Slate and hosts the podcast Amicus.

And we’ll also look at California’s resistance to Donald Trump: USC professor Manuel Pastor explains the past, the present, and the future of the fights over climate justice and immigration rights between the biggest state and the worst president. Manuel’s new book is State of Resistance: What California’s Dizzying Descent and Remarkable Resurgence Mean for America’s Future.