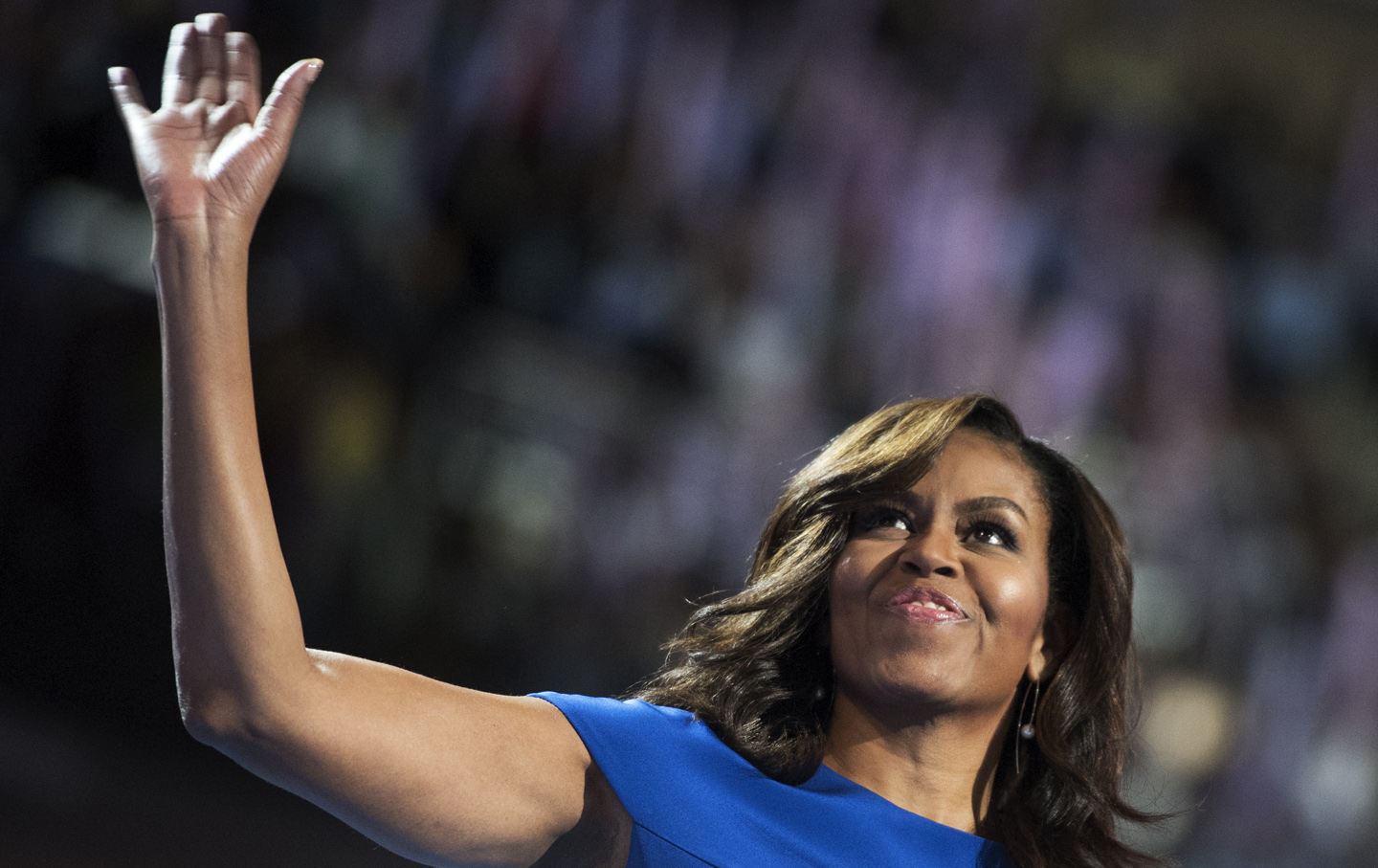 First lady Michelle Obama arrives to address the crowd at the Wells Fargo Center in Philadelphia on the first day of the Democratic National Convention. (AP Photo / Tom Williams)

Michelle Obama declares in her new memoir, “I am not a political person, so I’m not going to attempt to offer an analysis” of Trump’s victory. That’s her stance in the rest of the book as well. It seems strange for the person The New York Times called “The most outspoken first lady in modern history.” What’s going on here? Amy Wilentz comments.

Plus: The Democrats won the midterms by the largest popular vote margin for either party in the history of midterm elections—larger than the Watergate midterm after Nixon resigned in 1974, 44 years ago. But there was a deeper and more significant victory hidden behind those numbers, Kai Wright argues: the political mobilization of millions of people of color in the South.

Also: Last week the White House—that is, the Trump White House—released a major scientific report on climate change, with the darkest warnings to date about the consequences of rising temperatures for the United States. Tom Athanasiou explains.