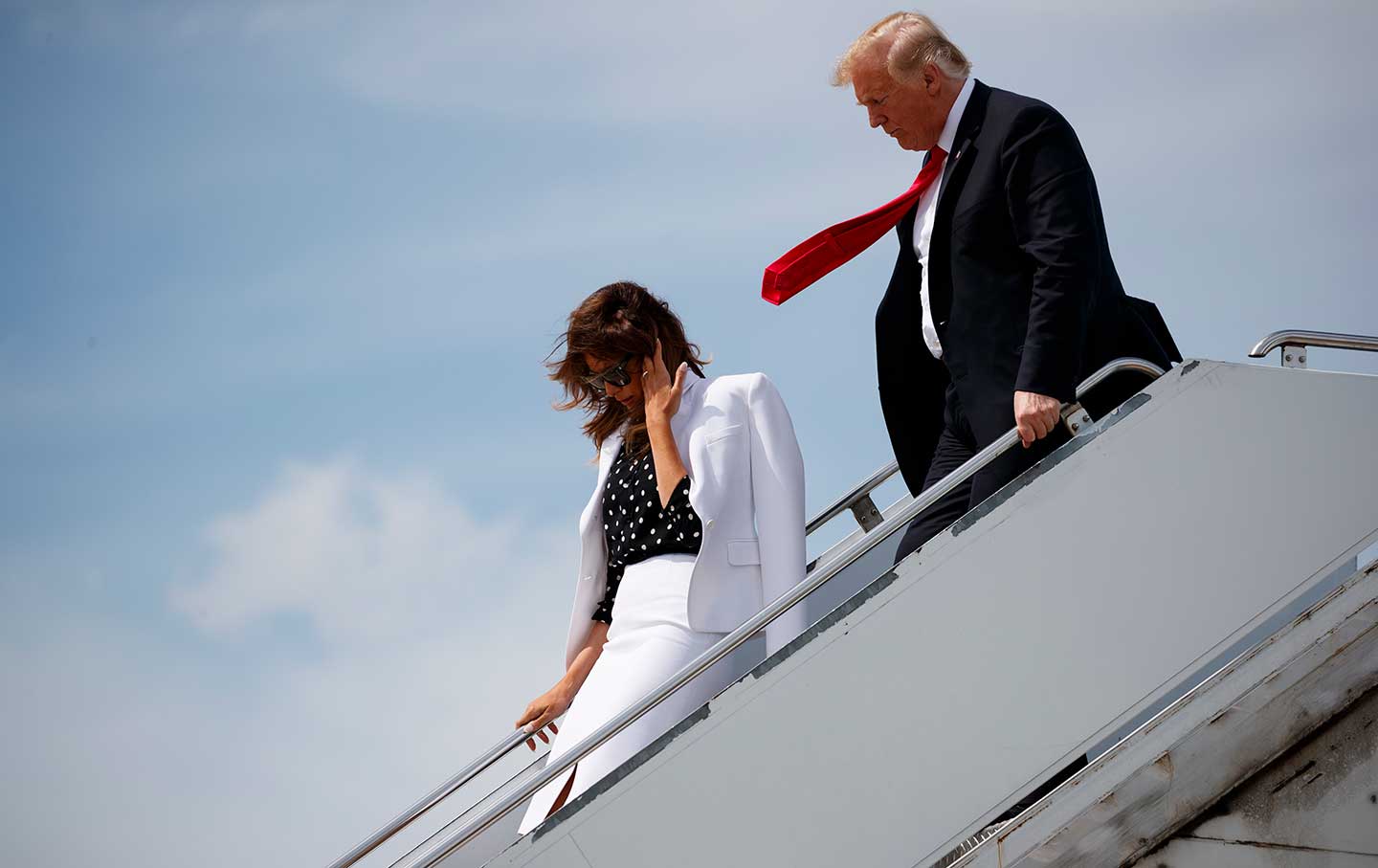 Amy Wilentz takes up the vital question, is Melania Trump a hero of the resistance—or an accomplice of evil? Is she edging “ever closer to open contempt for him,” as New York Times columnist Frank Bruni argues, and finding “increasingly clever ways to show it”? Or is she sticking with her role as wife to a racist tyrant with a clear history of infidelity—and lots of cash?

Also: Mothers and pregnant women are discriminated against, devalued, and punished—here at home, and around the world. Katha Pollitt talks about how that has happened—and why.

And as Labor Day approaches, we talk labor unions and politics with Lee Saunders, president of AFSCME. His union was the target of the Janus v. AFSCME decision by the Supreme Court in June, when it ruled, 5-4, that government workers who choose not to join unions may not be required to help pay for collective bargaining. Saunders explains what unions are doing to fight back—in the November election, and in the long run.