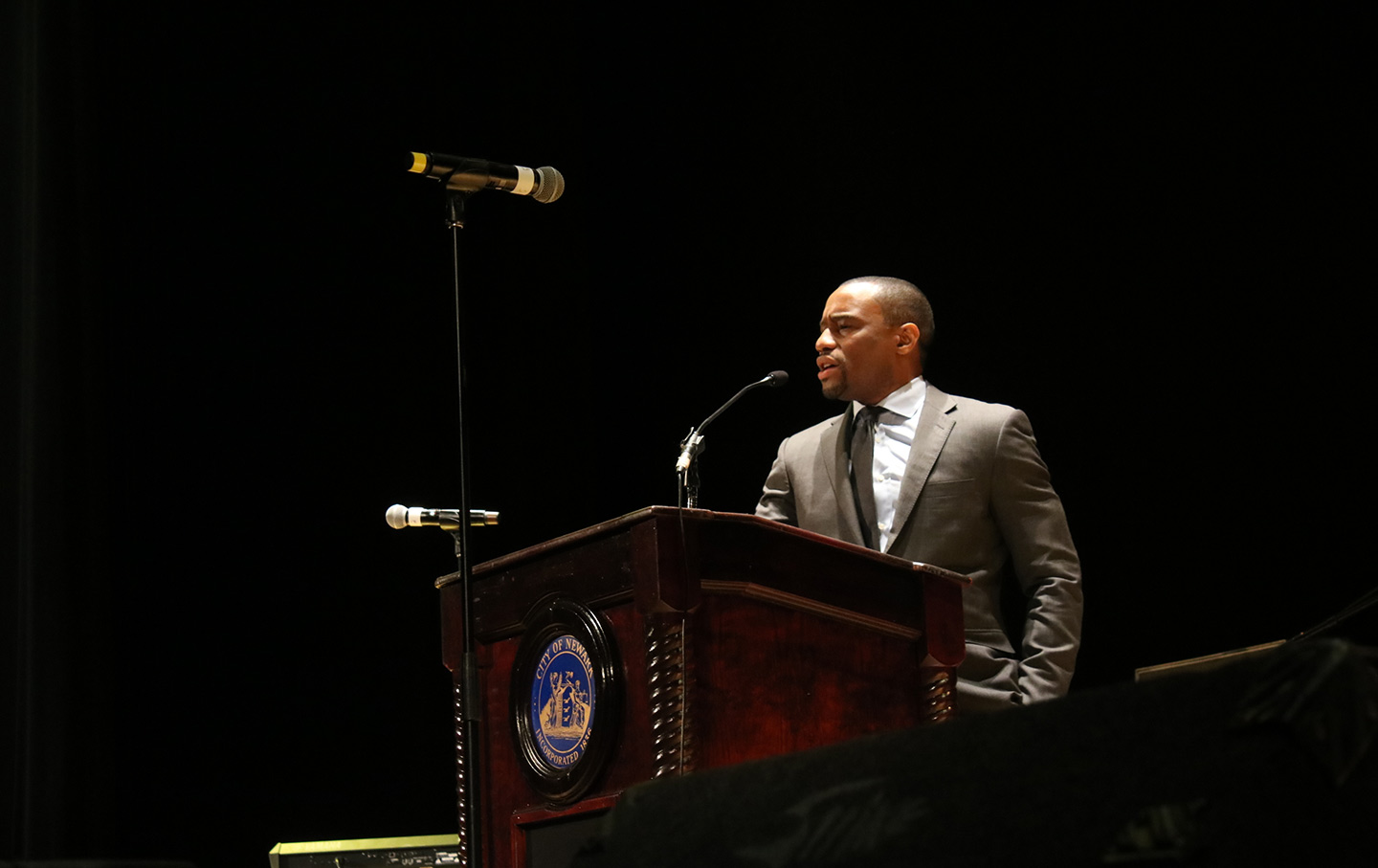 Marc Lamont Hill is a Temple University professor and was, until last week, a commentator for CNN. One of his comments during a speech at the United Nations has been wrenched out of context in order to punish him and to signal to others that such speech is going to bring about similar results. This is abhorrent and wrong. The reaction of his university trustees is especially troubling and signals a serious threat to academic freedom.

On November 29, CNN cut its ties with Marc Lamont Hill, a professor of media studies at Temple University who had been a regular contributor to the network, because of comments he made at the United Nations a day earlier as part of the International Day of Solidarity with the Palestinian People. This is not a new event—it began in 1977 and has taken place every year since. As part of his address, Hill included a call “to not just offer solidarity in words” but “to commit to political action, grass-roots action, local action and international action that will give us what justice requires and that is a free Palestine from the river to the sea.”

Within hours of his remarks, a firestorm had erupted, with anger focused in particular on those last nine words, “a free Palestine from the river to the sea.” Several pro-Israel groups, including the Anti-defamation League (ADL), heard in them the old PLO slogan and interpreted them to mean that Hill advocates the destruction of the state of Israel. In an op-ed published in The Philadelphia Inquirer, Hill forcefully rejected that interpretation:

My use of “river to the sea” was an invocation of a long history of political actors—liberal and radical, Palestinian and Israeli—who have called for their particular vision of justice in the area from the Jordan River to the Mediterranean Sea. For many, justice will come from a two-state solution. For some, like me, justice will come through a single bi-national democratic state that encompasses Israel, the West Bank, and Gaza. I strongly believe that this is the best method to achieve peace, safety, security, and self-determination for both Israelis and Palestinians. Justice requires that everyone, not just a single side, is free and equal. 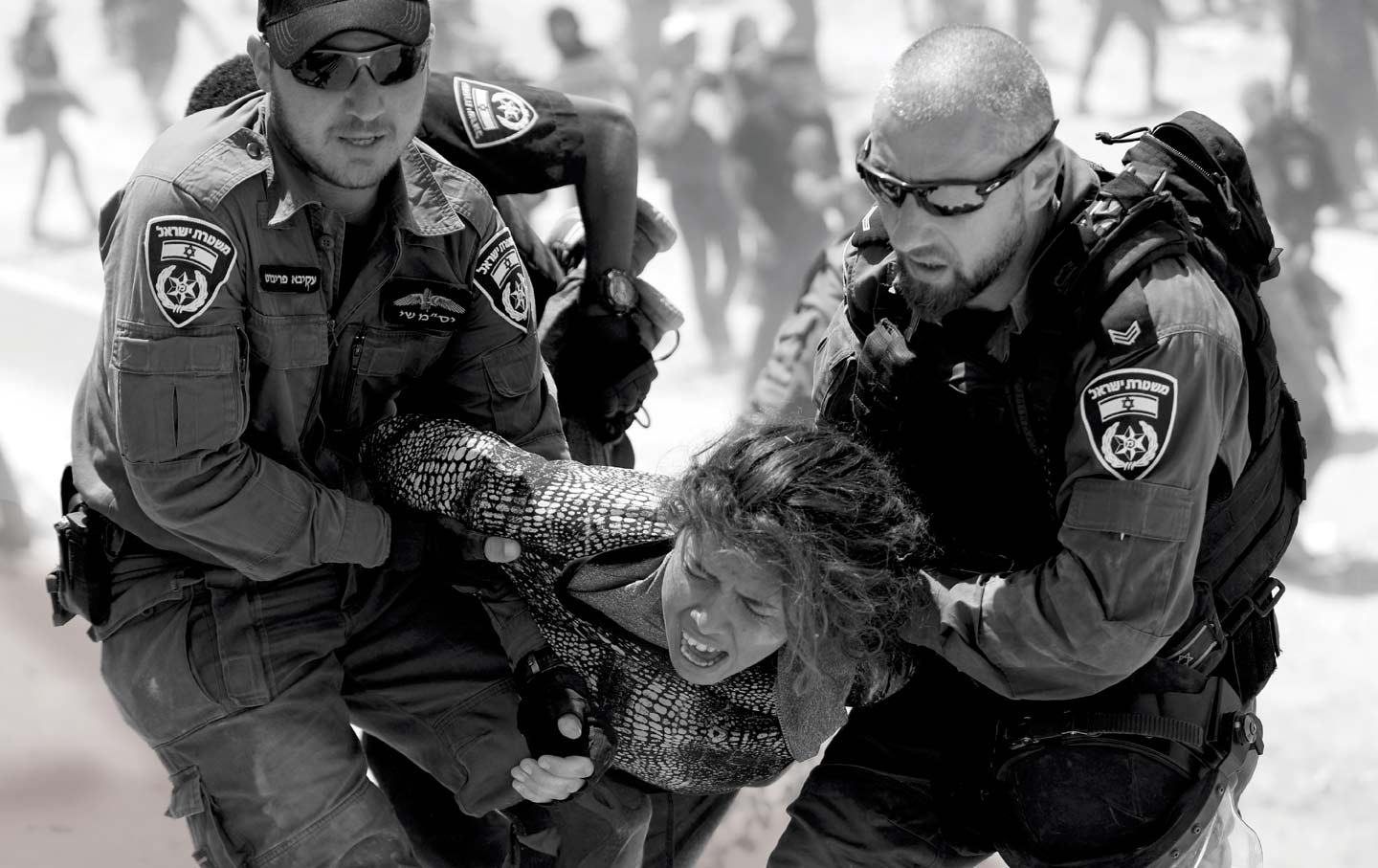 Marc Lamont Hill Was Arguing for the Rights of Humans, Not of States

This explanation, however, has not satisfied Hill’s critics, some of whom are keying in on the very idea of a “free Palestine.” Those two words alone are anathema to those who can only see that geopolitical space as designating the State of Israel, as declared in its recent Basic Law, which effectively erases the Palestinians altogether. Nor are they mollified by the idea of a binational state, organized around the principle of equality for all inside its borders. As a recent JTA news brief intoned: “Israel’s government and many Jews regard the call for a single binational state as a euphemism for a political, if not violent, rejection of Jewish sovereignty.”

Given the occasion for Hill’s speech, it is not surprising that he said what he did, with the meaning he intended. Nor is it altogether surprising that a number of pro-Israel groups have used the incident to once again make the argument that criticism of Israel is anti-Semitism in action. It is not—and the equation of the two terms simply means no one can criticize Israel’s ethno-nationalist project and the manners in which it deprives the Palestinians of their internationally recognized human rights. The fact that this has simply led to more violence is exactly what Hill is concerned about.

The criticism of Hill has now extended from one employer to another—his university. As much as I detest its decision, CNN was within its rights to fire Hill. Freedom of speech does not apply in this situation, and we have seen numerous other instances of media figures being dismissed because their speech or behavior has offended their corporate-media bosses. But this no doubt helped fuel the chain reaction that led Hill’s university president to make a public statement against him, after which the chair of Temple University’s Board of Trustees quickly followed suit.

Each of these statements is problematic for different reasons. As reported by The Temple News, the school’s President Richard Englert “said the university condemns hate speech and reiterated that Hill’s comments do not reflect the university’s beliefs.… He called the university a place of ‘divergent points of view,’ and condemned anti-Semitic language.” The problem with this language is that it accepts prima facie the idea that Hill’s statements were anti-Semitic hate speech, and again, this is where CNN’s actions were instrumental in establishing that impression. There was no hearing, investigation, faculty committee discussion, as to whether or not Hill’s utterances met the criteria for either anti-Semitic or hate speech.

What does this tell us? It tells us that Hill’s university administration is quite willing to rush out a declamatory statement to appease offended parties when those parties have political clout, and that due process is in their view a nicety.

Patrick O’Connor, president of Temple’s Board of Trustees, readily accepted the labels of hate speech and anti-Semitism, and stated that Hill’s speech “blackens our name unnecessarily” (a curious phrase which, if we are going to parse language, raises its own troubling set of questions). And O’Connor added, “I’m not happy. The board’s not happy. The administration’s not happy. People wanted to fire him right away…. We’re going to look at what remedies we have.”

While O’Connor’s statement leaves open the possibility of “remedies” other than firing, it is nonetheless telling that he leads with the issue of the school’s name—its branding—and it’s difficult not to imagine that thought flashed through Englert’s mind as well. That is to be expected. It is in fact the job of university presidents and boards of trustees to protect the name of their institution—their role is that of fiduciaries. But—and here is the most important thing to bear in mind—their job is not to punish professors for their extramural speech. That belief has long been established by the American Association of University Professors. Thus, while the trustees can express their displeasure as much as they wish, the “remedies” they are likely to consider would be a serious breach of their responsibilities. After all, they are trustees of a university, not (at least for now) a corporation.

Marc Lamont Hill was invited to speak before the United Nations on the International day of Solidarity with the Palestinian People. He delivered a passionate and well-reasoned speech based on his deep understanding of the issues and his longstanding work for Palestinian rights. All this uproar is just another example of what has been called the “Palestine Exception”: If this were a day celebrating any other people and advocating for their rights, nothing would have happened.

It is time for the attacks on Hill to stop. CNN should immediately reinstate its former commentator; it should not cave in to the idea that criticizing Israel is anti-Semitic or hate speech. And Temple University should remind itself of the proper role of administrators and trustees, and the way our profession has committed itself to due process and academic freedom.