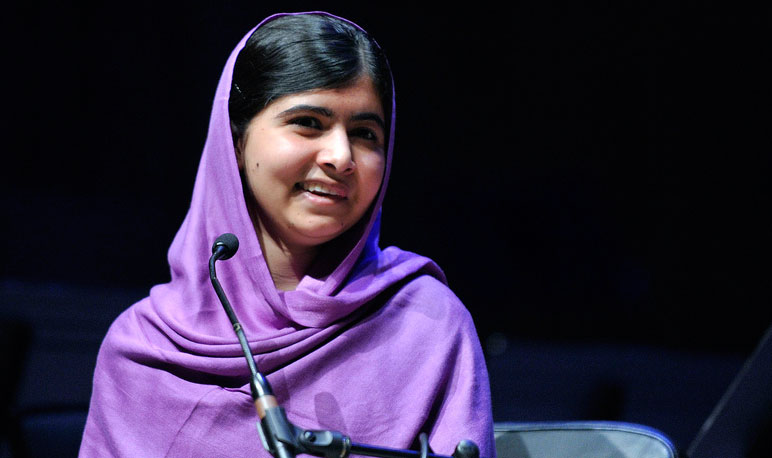 On October 24 in Northwest Pakistan, two children were injured in a drone strike authorized by the President of the United States. Other kids have been killed by similar strikes; Americans do not know their names. Unlike Malala Yousafzai, the teenager from the Swat Valley, who was shot by the Taliban for promoting girls’ education, Madonna did not dedicate a song to them, nor has Angelina Jolie spoken out on their behalf. No mass vigils have been held in their honor. Instead, people like Time magazine columnist Joe Klein defend such drone attacks as justifiable pre-emptive measures to protect “our” children, with such chilling statements as “the bottom line is: in the end, whose four year old gets killed?” This is not so different from a recent remark by former White House press defending the assassination of Abdulrahman al-Awlaki by saying that children of alleged terrorists are fair game in the US line of fire. Given the recent Washington Post report showing that secret kill lists are expanding under the euphemism “disposition matrix,” such rationalizations for the killing of children are disturbing. Obama himself has used his drone policy as a punch line for a joke—and too many liberals laughed along with him.

The media attention paid to the horrific attack on Malala Yousafzai—and the close tracking of her recovery—is certainly justifiable. Among the more poignant condemnations was that of Malalai Joya, the youngest woman to be elected to the Afghan parliament, whom Malala held up as a role model. But Malala’s plight has also been exploited, and not just by Americans who continue to support military intervention against the Taliban. Some of Pakistan’s liberal elite have used it to justify drone attacks in the name of “a higher good.” Journalist Beena Sarwar has tweeted that drone attacks amount to the lesser of two evils. One Pakistani at a vigil for Malala held up a sign reading Drones Kill So Malala Can Live. This false choice, between the drones and the Taliban, is as limited as George W. Bush’s rhetoric of “you are either with us or against us.” The nihilistic thinking of “my violence is better than your violence” also fuels the Taliban. As despicable as was the attack on Malala Yousafzai, it does not justify the drone attacks in the tribal areas of Pakistan, which continue to kill civilians like her.

Contrary to the narrative presented by much of the US media, the Taliban are not Pakistan’s only problem. There is sweeping unemployment, a crippling energy crisis, violence along ethnic lines and severely curtailed freedom of expression, thanks to decades of military dictatorships, supported by several US administrations. Meanwhile, the numbers of refugees and internally displaced persons, escaping war as well as environmental disasters like the 2010 floods, have risen exponentially.

It is on top of all this that civilians continue to be killed in drone attacks. Human rights reports have documented the devastating impact, the most thorough study on the subject to date conducted by Stanford Law School’s International Human Rights and Conflict Resolution Clinic and NYU’s Global Justice Clinic. That report, “Living Under Drones,” was based on interviews with people injured by drone missiles and their relatives, as well as with Pakistani lawyers, doctors, journalists and officials. It calls for a “fundamental re-evaluation of current targeted killing practices,” including “short- and long-term costs and benefits.” It also calls on the Obama administration to make public the secret legal opinions justifying the strikes.

As the Post’s investigation makes clear, this call is likely to be ignored. Rationalizations that drones are the best option for now have given way to “a broad consensus that such operations are likely to be extended at least another decade.” Short-term military expediency has become entrenched and long-term political problem-solving all but abandoned. The Taliban—fractured, diffuse and now multi-generational—is itself a thoroughly modern political phenomenon and the product of precisely such myopia. It was born of the shadows of the cold war, when the Reagan administration armed and helped recruit radical Islamists globally in the 1980s in a bid to oust the Soviet Union from Afghanistan and to isolate Iran. This was facilitated in large part by the CIA, whose objectives the Pakistani intelligence agency, the ISI, happened to share.

For decades the United States has staked its bets with Pakistan’s military-industrial complex, instead of with ordinary Pakistani people. Some analysts, like American academic Christine Fair, who referred to Osama bin Laden’s children as “terror spawn,” dismissed the Stanford/NYU study on methodological grounds, since it has relied on Pakistani media and “a manipulated press,” instead of the assurances of US and Pakistani state and military officials. Britain-based Pakistani financial analyst Anas Abbas, meanwhile, criticized the report for not accounting for the small percentage of Pakistanis who favor drone attacks. He has also smeared human rights attorney Shahzad Akbar for representing drone attack victims, calling him a Taliban supporter. The anti–human rights message is clear: the voices of people who live under threat of drones are inherently less reliable than state officials or elite, liberal Pakistanis who favor drone strikes.

Since the Obama administration, like the Bush administration before it, does not generally release the body count of non-Americans killed in war, counting the victims of drone strikes has been left to non-state organizations, such as The Bureau of Investigative Journalism. According to TBIJ, hundreds of civilians have been killed since Obama took office. Human rights reports tend to be careful about terminology such as “militants” and “civilians.” The same certainly cannot be said of those who operate weapons from a remote distance, who have referred to their targets as “bug splat” and who routinely target rescuers in Pakistan assisting people injured by drone attacks. Indeed, it is now official US policy to consider “all military-age males in a strike zone as combatants,” as The New York Times reported this past spring, “unless there is explicit intelligence posthumously proving them innocent.”

The growing resentment in Pakistan over drone strikes cannot be ignored. Extreme right-wing voices in Pakistan are growing louder, partly because they are able to tap into the legitimate grievances of ordinary people. Against the backdrop of rising poverty and democratic aspirations perpetually delayed, drone strikes worsen life for Pakistanis. They are also counterproductive for American interests—that is, if those interests actually include an end to the “war on terror.”

If there is any doubt about the morality of drone strikes, imagine a reverse scenario. If Pakistan’s intelligence agencies were launching drone strikes into the rural Midwest with the purpose of targeting extremist militias—and in the process were killing American children with impunity—it is doubtful that most Americans would stand for it. The children injured in drone strikes are just as much victims of the ongoing war as Malala. And unless a political solution is seriously pursued instead of a secretive military one, more lives will be needlessly lost.

Interviewed for a Nation video (August 24) by Frances Reynolds, TomDispatch editor Tom Engelhardt asks, “How Did the US President Become the Assassin-in-Chief?”