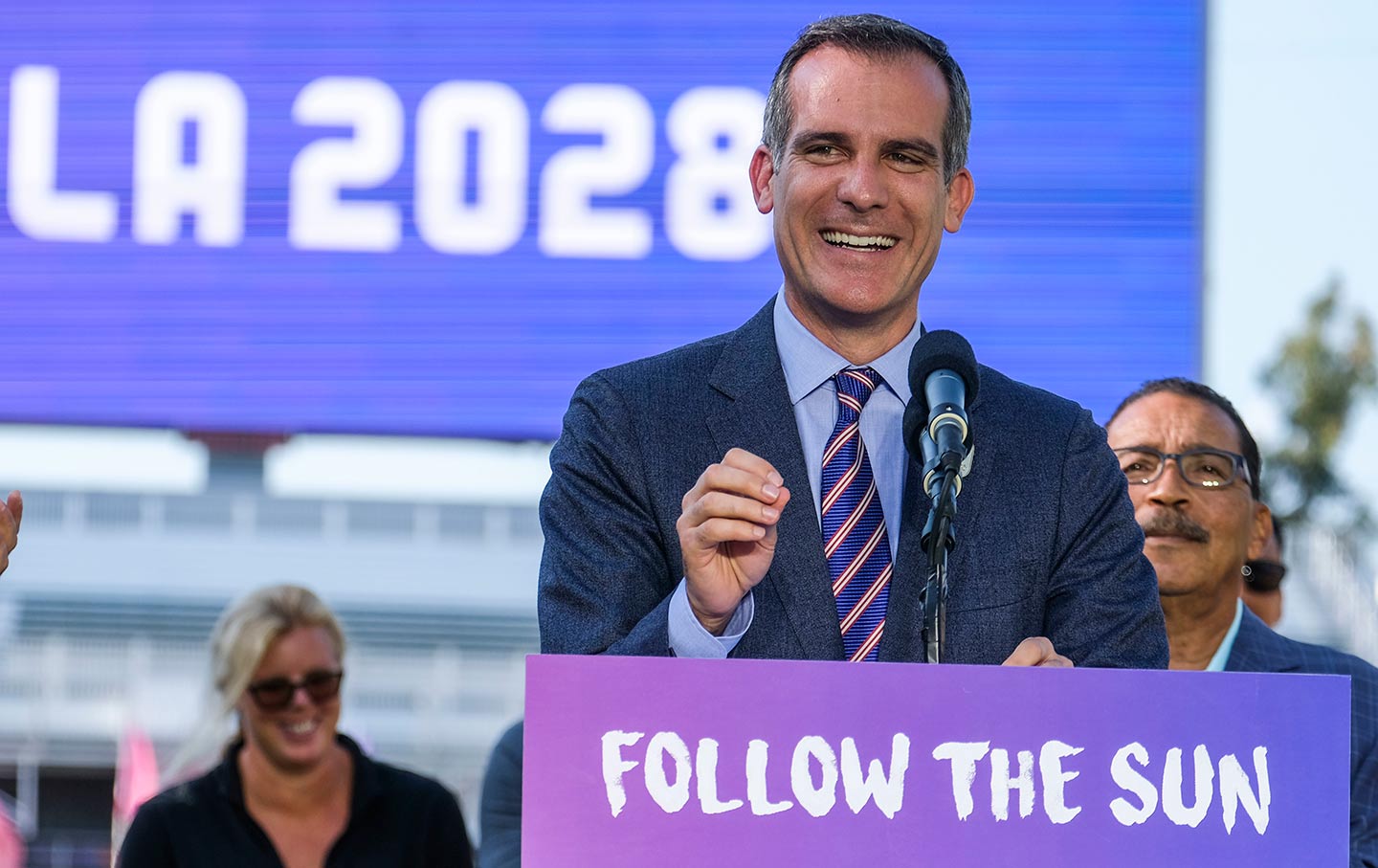 Los Angeles Mayor Eric Garcetti speaks during a press conference to make an announcement for the city to host the Olympic Games and Paralympic Games 2028, at Stubhub Center in Carson, outside of Los Angeles, July 31, 2017. (AP Photo / Ringo H.W. Chiu)

This week we speak to Anne Orchier, an activist with NOlympics LA about the upcoming summer Olympics in the city and the pervasive problems the city of Los Angeles is facing.

Also we’ve got Choice Words about the importance of militant solidarity in the face of fascism after the week that was. We also have an unprecedented four Just Stand Up Awards to the University of Maryland community, some college-basketball legends, and others, as well as a Kaepernick Watch. All that and more on the program!

Zirin
A Call For Solidarity In the Face of Hate