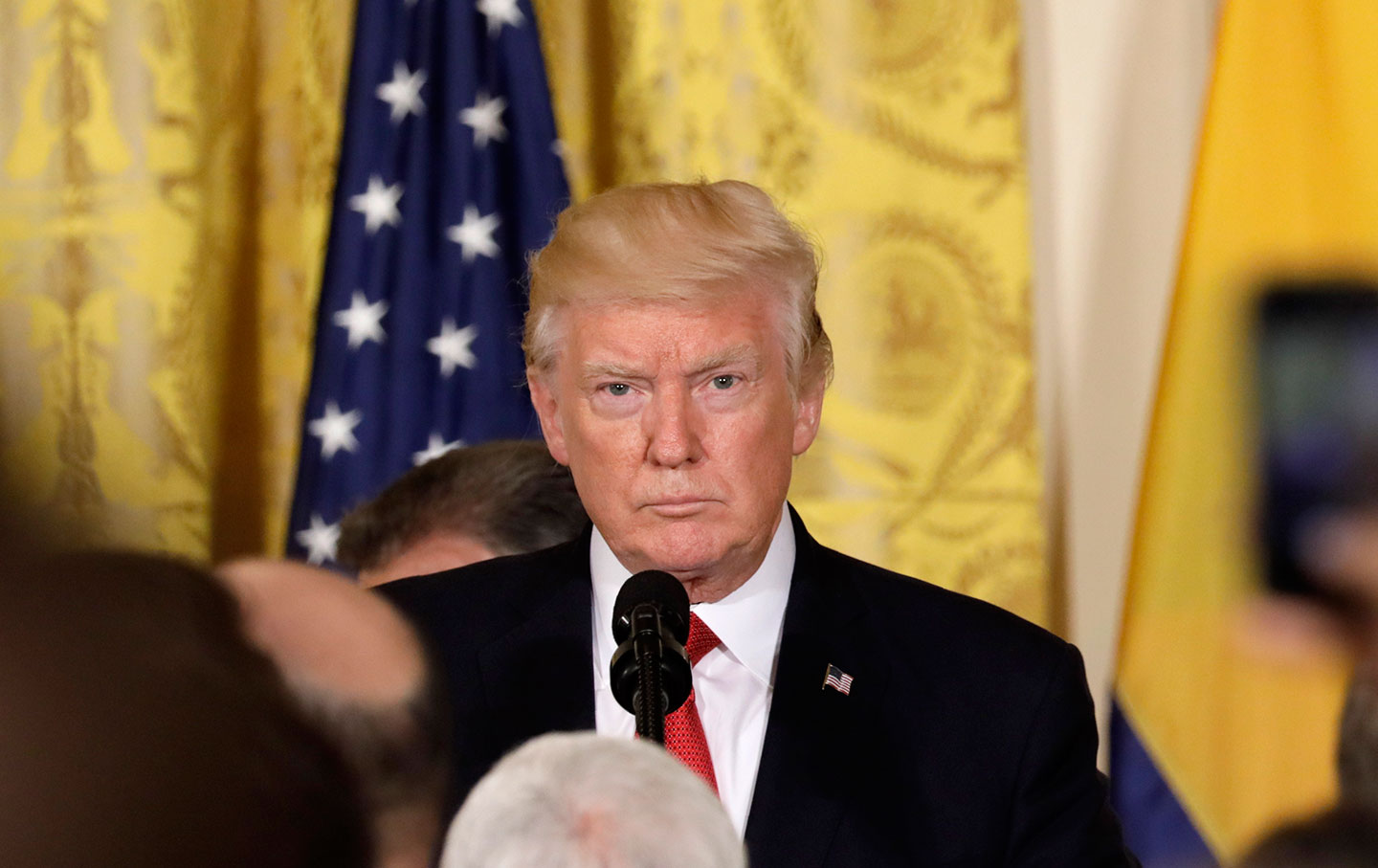 Donald Trump arrives for a joint news conference at the White House, May 18, 2017. (Reuters / Kevin Lamarque)

David Cole, legal director of the ACLU and The Nation’s legal-affairs correspondent, argues that Trump would only be talking about pardoning himself if he was desperate—because he knows what the special counsel is likely to find—and is thus willing to pay a tremendous political price to avoid impeachment.1

Plus: The Senate GOP healthc-are bill is confusing—that’s the way they want it, says George Zornick: It’s their only chance of repealing Obamacare.2

And Joshua Holland explains why Danes are so much happier than Americans: It’s not just because Donald Trump is not their president. Watch the animated video here.3

Subscribe on iTunes, Stitcher, and SoundCloud for new episodes each Thursday. Start Making Sense is hosted by Jon Wiener and co-produced by the Los Angeles Review of Books.6

The Troubling Origins of Birthright Politics