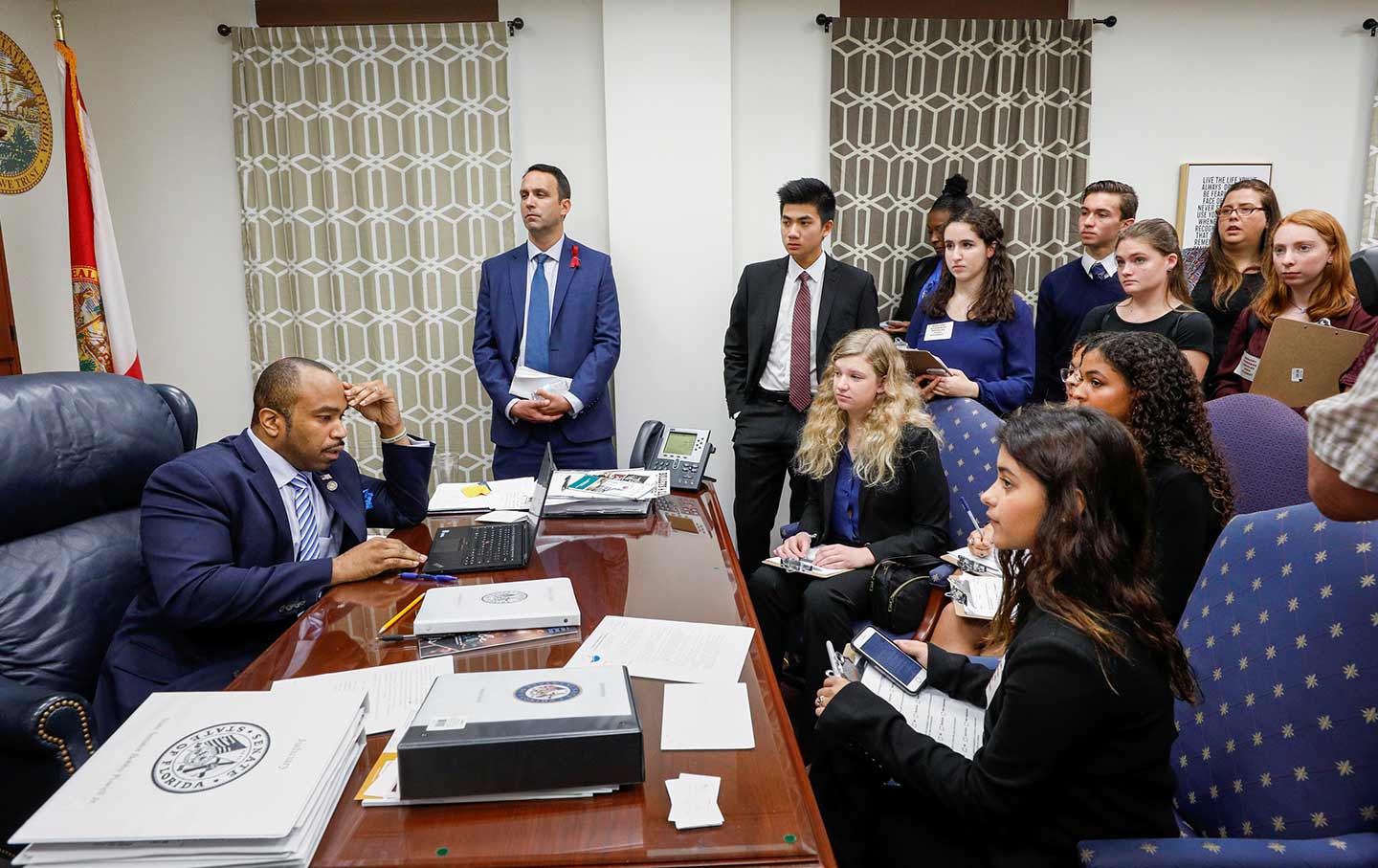 The mass shooting at that high school in Parkland, Florida, two weeks ago, where 17 kids were killed, is still in the news, because of the brilliant political work being done by the students who survived. George Zornick analyzes the big picture: the decline of the gun industry, the growth in popular support for an assault-weapons ban, and campaigns to shame companies that support the NRA and haven’t divested from gun manufacturers.1

Jane McAlevey on Janus v. AFSCME
Plus: This week the Supreme Court heard a case that could cripple public-sector unions, some of the last strong unions in America. Jane McAlevey talks about Janus v. AFSCME and what the unions need to do to recover the ground they have lost.2

Amy Wilentz on the Trumps
And we have another episode of The Children’s Hour: stories from Amy Wilentz—this week, about Ivanka in Korea, Don Junior in India, and Jared in trouble—over his security clearance.3