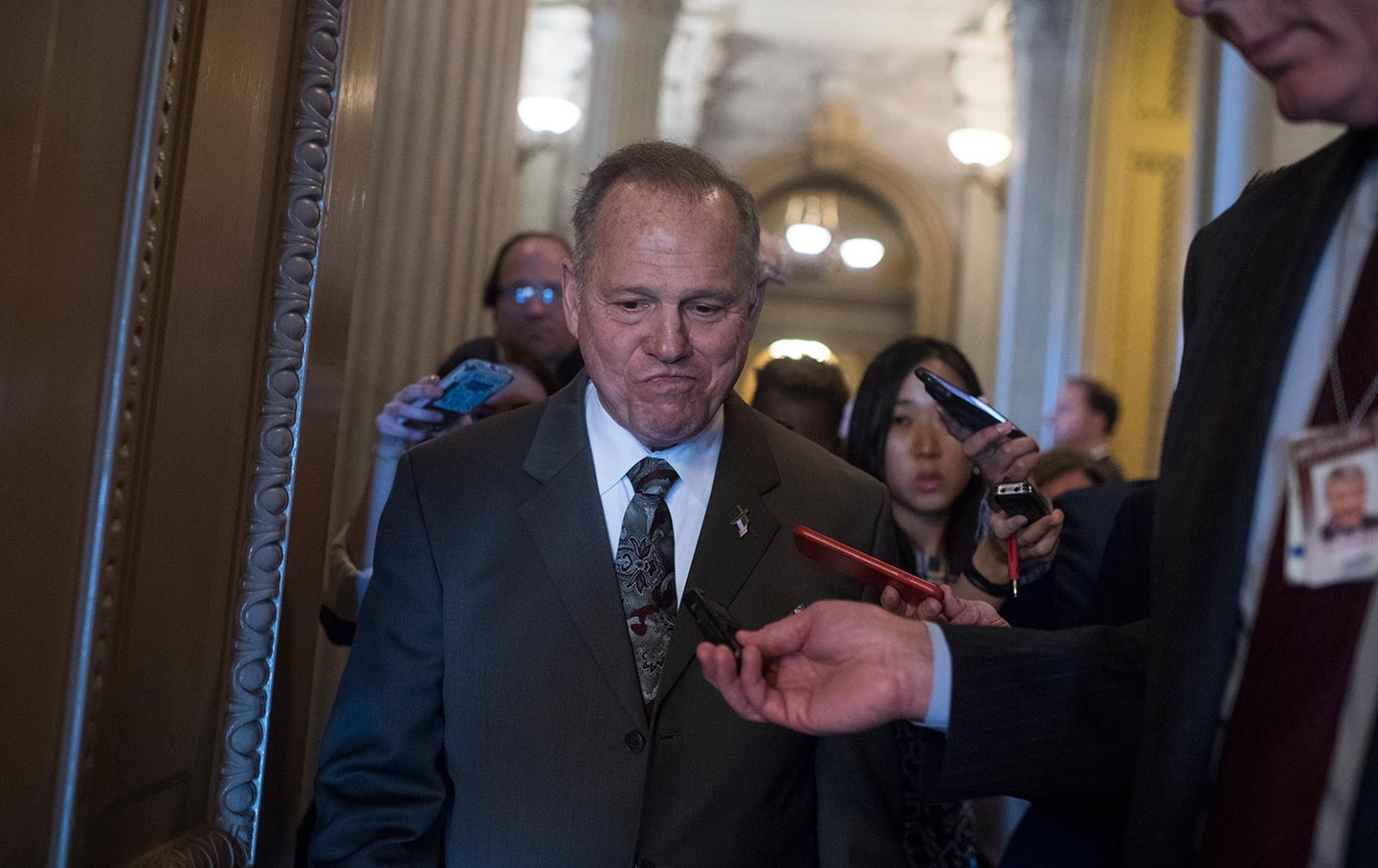 Roy Moore is questioned by the media in Washington on October 31, 2017. (AP Photo / Tom Williams)

From the Alabama hill country to the state’s Black Belt, Roy Moore, the Republican senate candidate accused of sexual assault of a 14-year-old, seems to be losing ground to his Democratic opponent Doug Jones. Howell Raines, the legendary Alabama newsman, reports on the final days of the election campaign.

Plus: Two ways to interview a Nazi: on the one hand, The New York Times recently did a profile of “the Nazi next door,” portraying him as an ordinary guy; on the other, Gary Younge confronted Richard Spencer, America’s leading white supremacist, on video. With Gary’s help, we compare and contrast the two approaches.