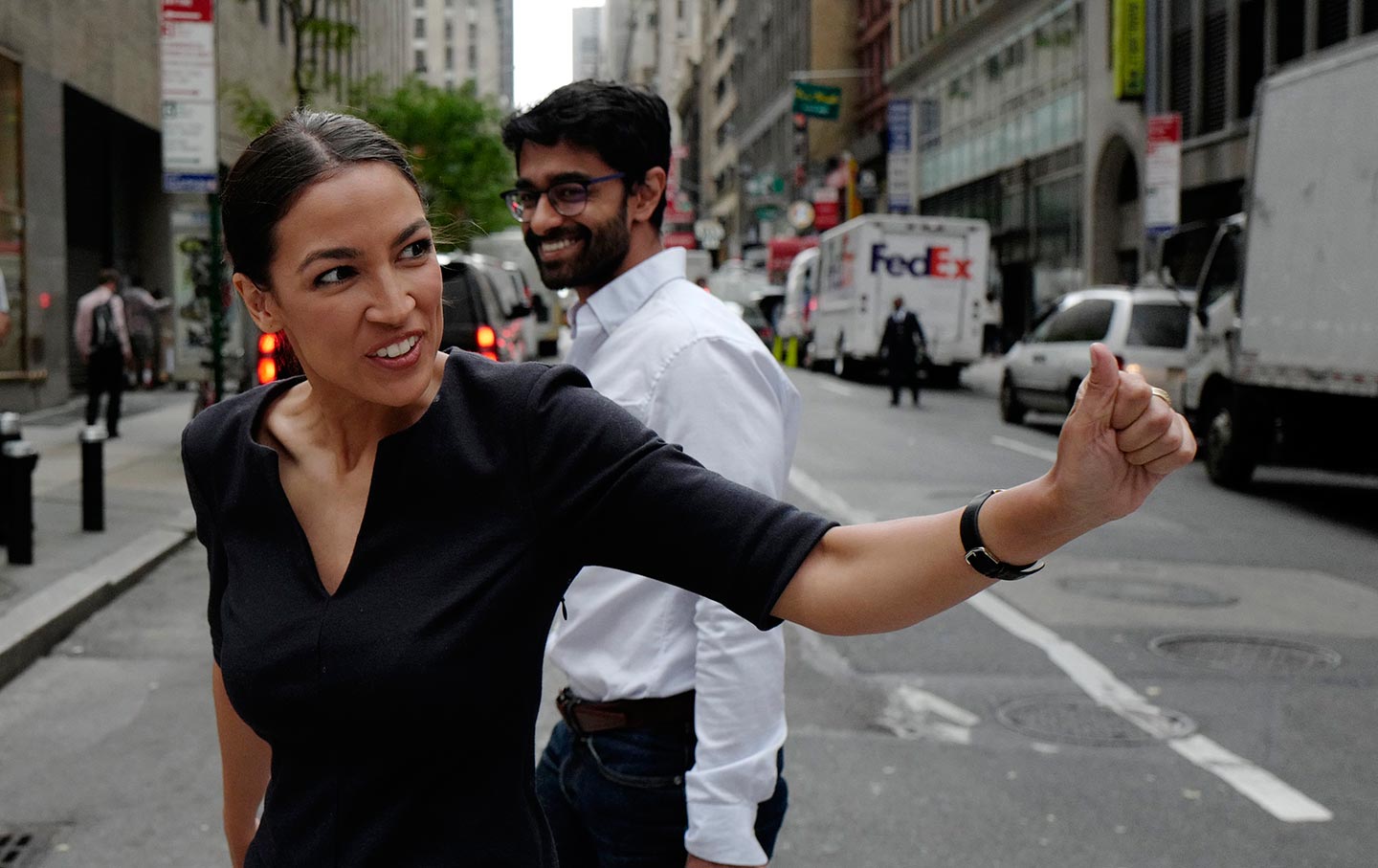 The groundwork for mass deportation has been laid by both parties over the years, from the Illegal Immigration Reform and Immigrant Responsibility Act of 1996 to the Homeland Security Act of 2002. Now, a reckoning and a realignment is beginning in the Democratic party.

Alexandria Ocasio-Cortez spent the final days of her primary campaign not in New York’s 14th district but at the southern border with Mexico in order to draw attention to the Trump administration’s policy of family separations at the border. It makes sense for a candidate who talked often about immigration in the campaign—and was not afraid to say that the Immigrations and Customs Enforcement agency should be completely defunded. Ocasio-Cortez was a leader on the issue, frequently criticizing incumbent Representative Joe Crowley for his vote to fund ICE and criticizing him for refusing to abolish it.

Her stunning upset election has now advanced that cause. The Democratic Party has been put on notice by the defeat of the House Democratic Caucus chairman. And Ocasio-Cortez isn’t the only candidate who wants to abolish ICE.

On June 5, Deb Haaland became the first candidate to ever win a primary while supporting defunding ICE. “As a Native American woman,” Haaland told me, she is aware that “children in my family for generations were torn from their parents because of government policies, to be forcibly assimilated into white culture. The pain and trauma of that separation lasts generations, and my heart breaks for the children facing this same fate in Trump detention camps today.”

Groups like Make the Road Action, United We Dream Action, Mijente, and Detention Watch Network support abolishing ICE, and there is now an organization, Abolish ICE, to fund those front-line groups in partnership with Make the Road Action. (I am a co-founder of this effort.) Antonio Alarcón, a Dreamer, a member of Make the Road Action, and a senior adviser at Abolish ICE, said, “This agency exists for one reason: to tear our families apart in the service of a white-nationalist agenda. It’s time to abolish ICE. This is not longer just a hashtag on social media, it’s a fight that we need to take to Congress now!”

Elected Democrats are starting to come around too. Representative Mark Pocan will introduce legislation to abolish ICE soon, and said he expects co-sponsors. He tells that he was motivated to action because “We’ve been witnessing how Trump has been abusing ICE as a personal police force.”

On Democracy Now!, Pramila Jayapal told Amy Goodman, “Yes, I would love to see ICE go,” when asked if she supported abolishing ICE. Democrat Jim McGovern told a Massachusetts church he supports getting rid of ICE. “I voted against the creation of DHS and ICE in 2002. At the time, I was concerned that—instead of focusing on apprehending violent criminals, terrorists, and those who would do our nation harm—ICE could instead be used as a political tool to traumatize innocent immigrant communities and rip families apart. Unfortunately, President Trump has confirmed my worst fears.” McGovern added in an interview that “Under [Trump’s] direction, ICE has completely lost its legitimacy—it’s time to start from scratch.”

Earl Blumenauer of Oregon also voted against creating ICE and recently released an op-ed arguing, “I voted against the formation of ICE in 2002 and have been concerned with the actions of the agency for quite some time.” He says of ICE, it’s time to “shut it down.”

Ilhan Omar, running for the seat that Representative Keith Ellison vacated to run for Minnesota attorney general, also supports abolishing ICE. If she wins her primary (as is expected), she’s near-certain to enter the 116th Congress on an abolish-ICE platform.

There are more potential abolish-ICE upsets in the near future. Kerri Harris, who is running for Senate in Delaware against Tom Carper, has also endorsed abolishing ICE. “As a veteran,” she said, she realizes that “ICE actually weakens our national security by creating a sense of bitterness towards Americans and wastes national revenues that could be used to strengthen America through education, job training, and healthcare programs.” (Carper voted to establish ICE in 2002.)

Ayanna Pressley, who is running against Mike Capuano in a majority-minority district in Massachusetts, also supports abolishing ICE. “The job description for Representatives in Congress has changed. In deep-blue districts like New York’s 14th and the Massachusetts 7th, voters are asking for more than a reliable vote—they are asking for committed, activist leadership,” she said. “That includes, among many priorities, abolishing ICE to protect our immigrant communities.”

Beltway insiders will be quick to note that the voters aren’t there yet, and of course that’s true. But examining the incredible momentum this idea has gained in a short amount of time, one thing seems clear to me: We’re going to abolish ICE.