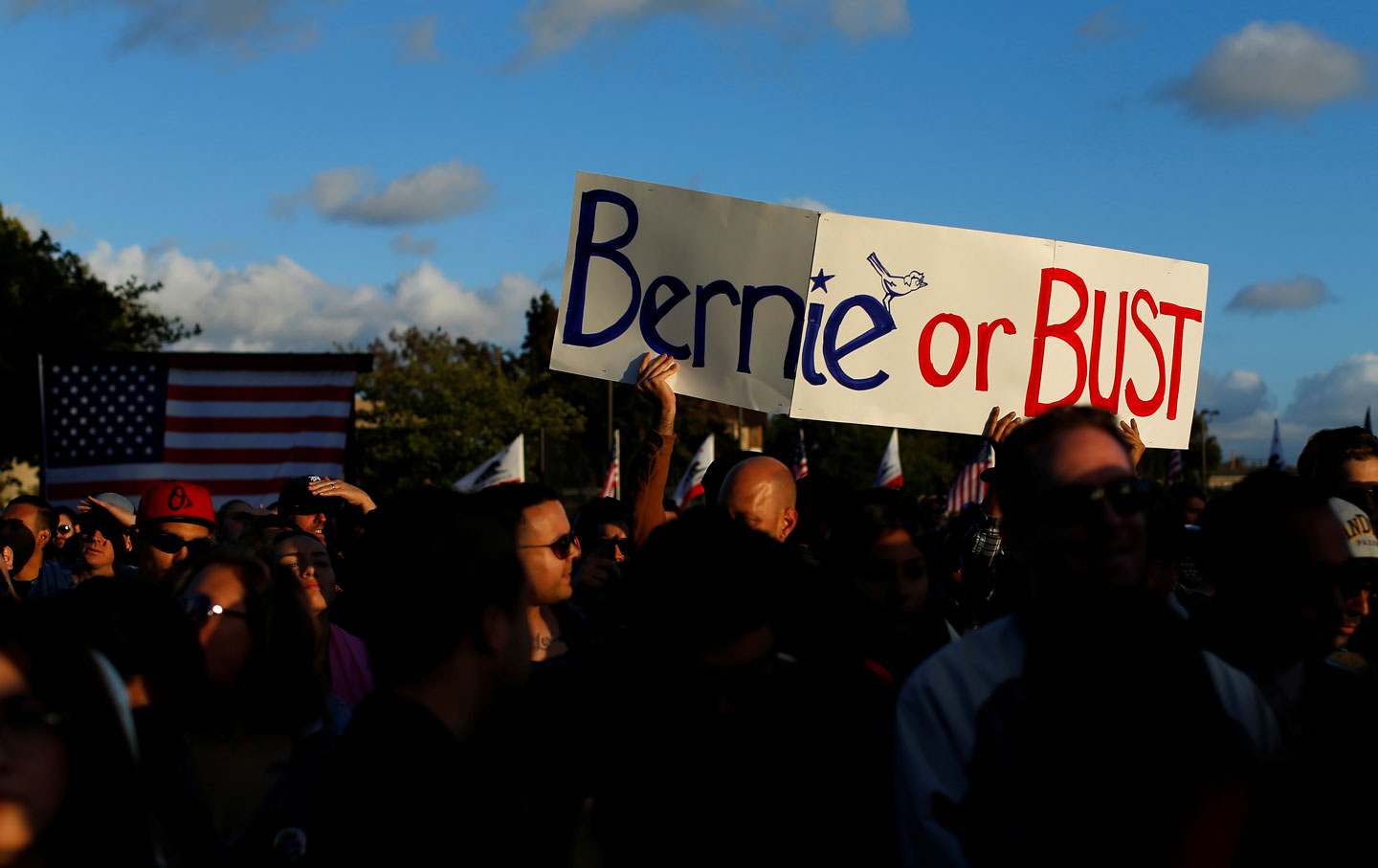 Supporters at a rally for Bernie Sanders in National City, California, on May 21, 2016 (Reuters / Mike Blake)

Bernie Sanders has stopped his direct attacks on Hillary, and he’s been able to make some strong appointments to the platform committee for the Democratic National Convention. Is the unification of the party underway? Harold Meyerson explains.

Plus: Most “independent” voters in fact have long-standing ties to one party or the other—very few swing from one party to the other between elections. Joshua Holland has the facts.

And Tom Frank examines the “Hillary Doctrine,” her long-standing commitment to microfinance as the best way to help poor women around the world. It doesn’t work, he argues. Tom’s new book is Listen, Liberal!