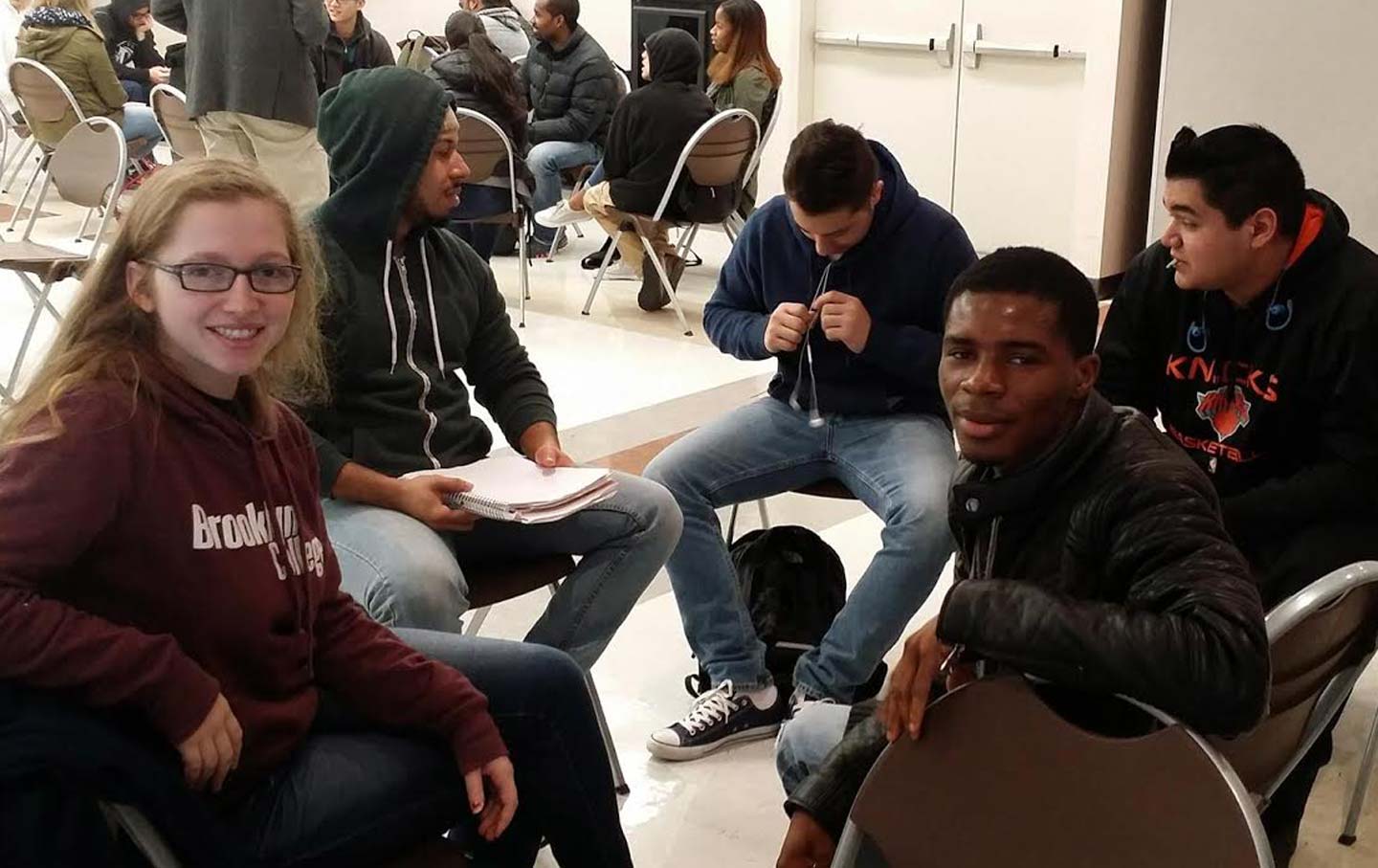 Since its creation by the Workers’ Party in Porto Alegre, Brazil, in 1989, participatory budgeting has gradually become an increasingly popular form of direct democracy allowing communities greater control in managing budgets and inspiring change.

Student Organization for Democratic Alternatives is pressing to bring the process to the City University of New York, one of the nation’s largest public universities featuring 24 campuses serving more than 270,000 students.

J.A. Strub, a student at Hunter College and co-founder of SODA, is working at the Roosevelt Institute to make this goal a reality. He wrote about the potential of student participatory budgeting, which the institute listed as one of its Top 10 Ideas for Economic Development.

Strub cited empowerment through direct democracy as the main reason he became interested in the process. When people participate, they gradually change their attitudes and realize they have power over their lives. “Going around the neighborhood and saying we built that is pretty cool.”

CUNY is no stranger to participatory budgeting. In 2012, Brooklyn College became the first US college to try it with students receiving a budget of $20,000. Yet, as Strub explained, a change in student government the following year led to its abandonment as the funding came entirely from student funds.

Jennifer Li, a student at Brooklyn, worked with other students to bring it back earlier this year. She first heard about participatory budgeting in a class taught by Michael Menser, a co-founder of the Participatory Budgeting Project. After she and other students met with the college’s student government officials, the process returned with a budget of $17,000.

Meanwhile, at Queens College, Alexander Kolokotronis, a co-founder of SODA, and other students worked on a grassroots campaign for participatory budgeting early last year. After speaking with nearly 1,000 students, SODA met with interested student-government officials to start the process. With a budget of $5,000, they began working on the logistics of implementation for the following year.

In both cases, organizers highlighted how students could change the structures around them. Chandni Tarek, a Queens College student involved with SODA, said participatory budgeting “makes the democratic process more personal, the way it should be.”

Li also emphasized the power associated with the process. “The prospect of sitting in a room where students just like you are helping to promote a political process that will give you the direct power to design projects that will be funded is very powerful.”

Students have already voted for new projects to their campuses. Some of the funded projects include transportation for disabled students, accessible composting, and high-functioning WiFi throughout campus.

Now SODA is hoping to spark popularity for the process throughout CUNY. “It would cement CUNY as a leader as a public university in the United States, and across the world. The student-government form, as it currently stands, is outdated. Participatory budgeting is not only more efficient and transparent, but empowers individuals,” Kolokotronis said.

Kolokotronis noted that if CUNY gave 2 percent of its budget for participatory budgeting, then it would be the largest process in North America. With that accomplishment, “we can make history, and there’s every reason we should from a municipal, faculty, administrative, and student perspective.”

Kolokotronis is heading to Yale University in the fall and other leaders have already graduated. Yet those remaining are not only committed to expanding participatory budgeting but also ensuring it is institutionalized at CUNY.

Strub explained that the situation at Brooklyn made SODA think about a new strategy to ensure participatory budgeting is sustained beyond the passing whims of each new Student Government. While Brooklyn primarily relied on student government for funding and logistics, students at Queens pushed campus officials to allocate funds.

“For PB-CUNY as a whole, we’re trying to model it after Queens College. That one was student built, the one we pushed for and it was a ground-up effort. That model has more opportunity for longevity than Brooklyn.”

The incoming student government at Queens is not likely to stop the process. In fact, it spoke with SODA members to continue and expand the process for next year.

In addition, they are preparing for a city-wide conference later this year. While still in its initial stages, it would gather students from CUNY to talk about ways to implement participatory budgeting at their colleges. City officials and alums are expected to appear to offer their advice and guidance.

Strub is speaking with different student-government officials to help implement the process, including at Hunter College. While he could not disclose the amount that may be provided, he did say, if approved, “it would be the largest PB program in the university in North America.”

Overall, Kolokotronis said the potential of participatory budgeting at CUNY could change not only the structures at the university, but also the students. “No other single initiative could have such a dramatic multidimensional effect.”