In recent weeks we at The Nation, like many other progressives, have come under increasing pressure to choose between Bernie Sanders and Elizabeth Warren. We’re going to resist that pressure to endorse—for now. Not just because we find much to admire in both candidates’ programs and in the way both have conducted their campaigns (especially their rejection of corporate cash and wealthy funders in favor of small donors) but also because we continue to believe the presence of both candidates on the ballot widens the left lane in our politics, exposing the broadest possible public to Medicare for All, the Green New Deal, and measures to rein in corporate power.1

We also believe vigorous public debate is the best way for the strongest progressive platform to reach and be embraced by a majority of voters. Progressives may not agree with centrist Democrats like Amy Klobuchar and Pete Buttigieg, but engaging with and answering their criticisms now is essential—not merely to win in 2020 but also to build public pressure on a Congress whose members have proved reluctant to defy their corporate benefactors.2

Yet that very debate has been stifled by the continuing candidacy of a man whose chief rationale for running—that he alone can defeat Donald Trump—has become increasingly threadbare. Like Hillary Clinton in 2016, Joe Biden offers the promise of picking up where the Obama administration left off: a restoration of business as usual for the K Street lobbyists and Wall Street speculators whose prosperity the 2008 financial crisis did little to disturb. Indeed, as Joseph N. DiStefano reports in this issue, the man posing as “middle-class Joe” has built his career and his family’s wealth on an eagerness to serve not the many Americans crushed by credit card debt but the very banks whose hands are around their throats. The candidate who insists Medicare for All is too expensive for Americans is also the candidate who, like Clinton, endorsed NAFTA, China’s admission to the World Trade Organization, and the Trans-Pacific Partnership—all of which have savaged US manufacturing and workers. Clinton’s record cost her the industrial heartland (Ohio, Pennsylvania, Michigan) and, with it, the election.3

Biden’s long record of poor judgment—on everything from the 1994 crime bill that fueled mass incarceration to his botched handling of Anita Hill’s testimony against Clarence Thomas to his defense of Bill Clinton’s brutal welfare cuts to his support for the Iraq War to his role as cheerleader for Wall Street deregulation—renders him an even weaker opponent for a president whose reelection poses a clear and present danger to America’s survival as a constitutional republic.4 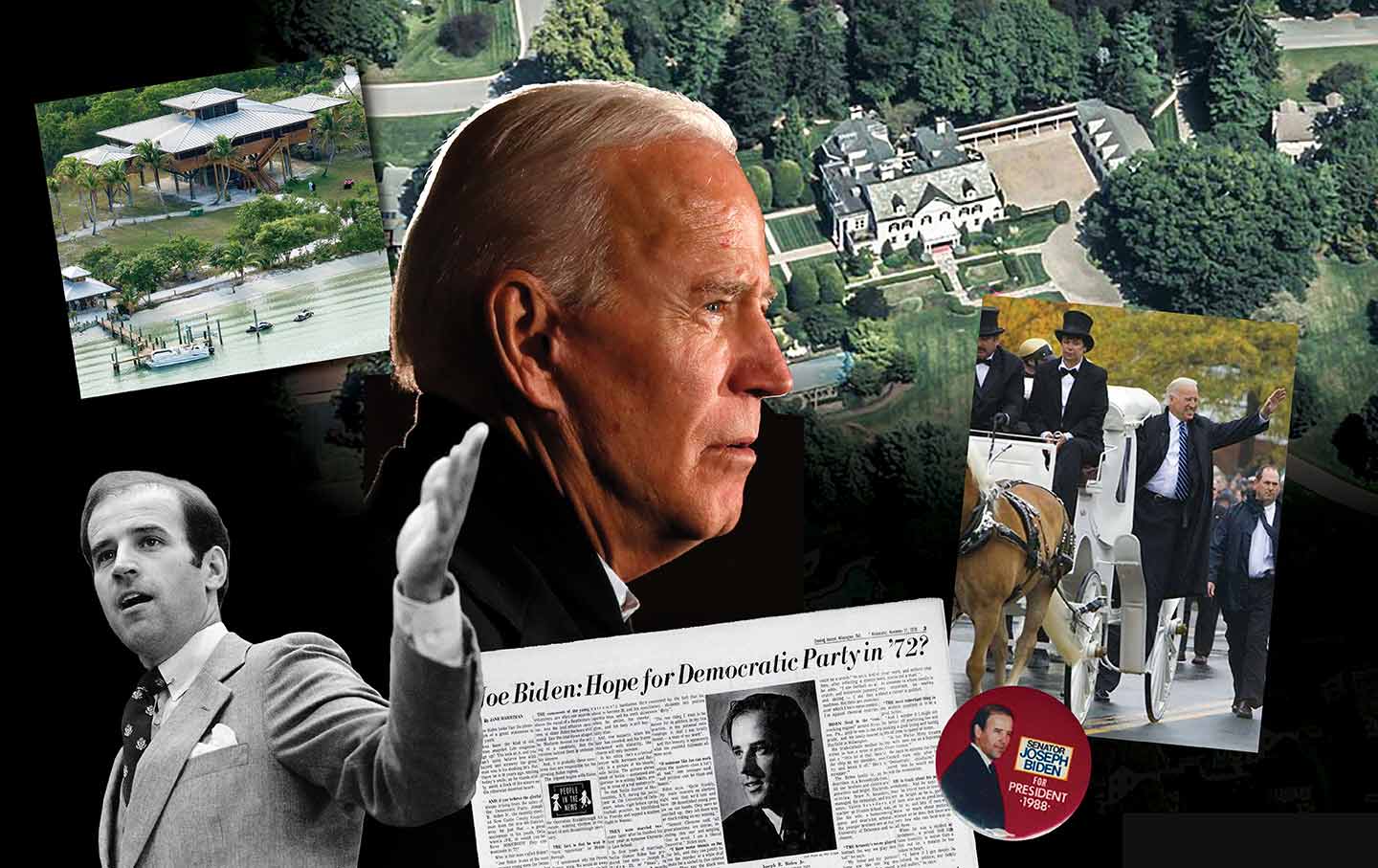 Stumbling through the primaries, Biden’s zombie campaign crowds out worthier challengers, handing Trump a free pass on the very issues that should be his Achilles’ heel.5

On issue after issue, Biden’s candidacy offers Trump a unique opportunity to muddy what should be a devastatingly clear choice. The Nation therefore calls on Biden to put service to country above personal ambition and withdraw from the race.6

Also, while the enduring loyalty of Biden’s black supporters is to his credit, the very tenacity of that loyalty diminishes race as a factor at a time when white nationalism is a growing threat. His early withdrawal might well boost candidates of color into the currently all-white top tier.7

Let us be clear: Joe Biden is not a crook. Unlike Donald Trump, he has not violated the emoluments clause of the Constitution or appointed members of his family to positions of influence and power. The point about “legal graft”—the corrupt trading of favors, from Tammany Hall to the Delaware Way, so ably anatomized by DiStefano—is that it’s perfectly legal.8

But that doesn’t make it right or a winning platform. Biden and his backers need to face the facts. It may still be unclear which Democrat is best positioned to beat Donald Trump, but we know one thing: The answer is not Joe Biden.9