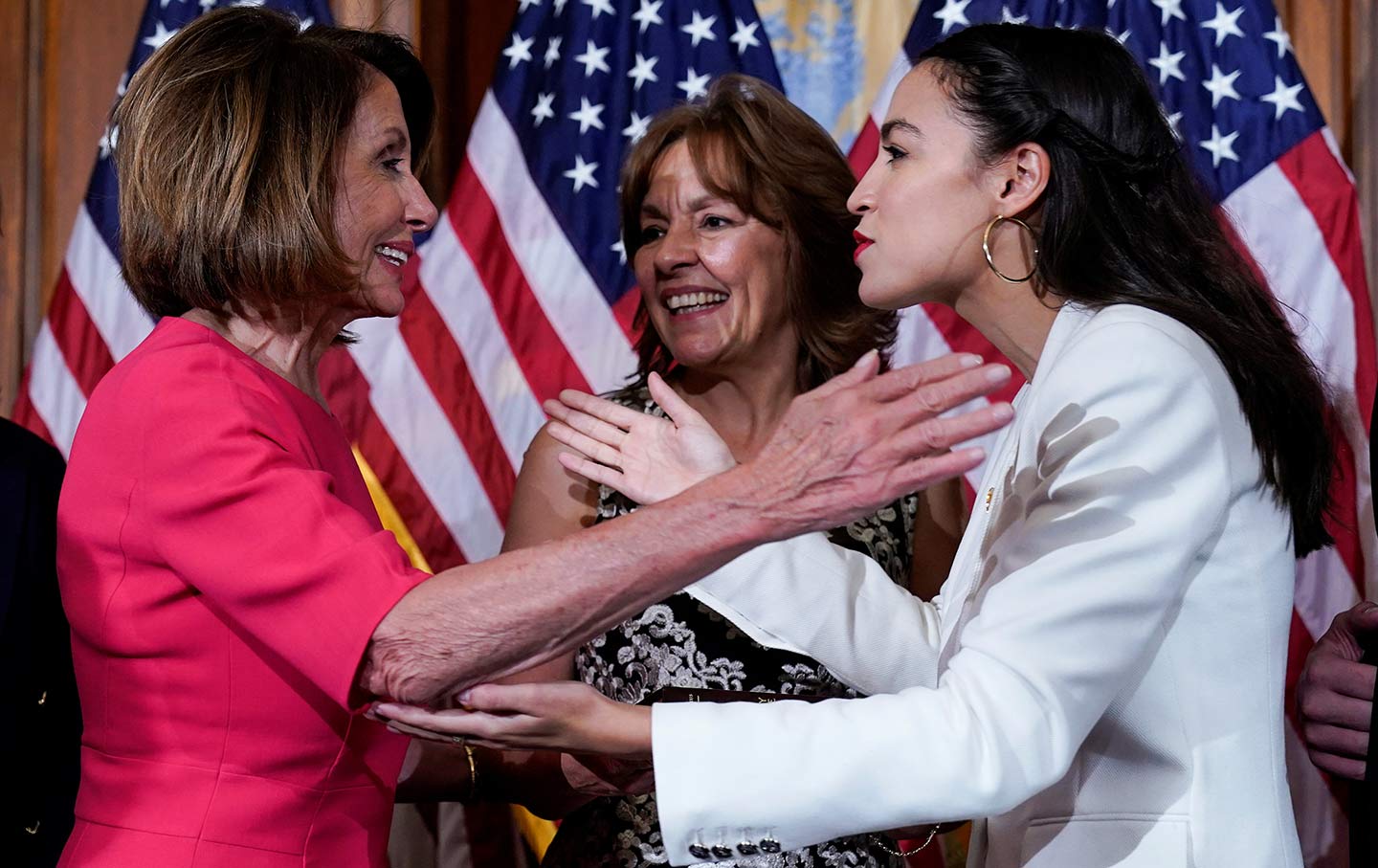 Last month, Politico asked how Elizabeth Warren could “avoid a Clinton redux—written off as too unlikable before her campaign gets off the ground.” The piece (written by a woman, sigh) ran the day the Massachusetts senator announced she was “exploring” a run for the White House. No time to lose, apparently, when it comes to setting the narrative. A supersmart ambitious Democratic woman? Aroint thee, witch!

Because what is likability if not a deference to men—with a self-deprecating smile? A likable woman doesn’t talk too loud or too much. She doesn’t take up too much space, isn’t too sexy or too dowdy, and gracefully eludes confrontation. In short, she doesn’t demand anything that men would rather keep for themselves, be it political power or sexual autonomy or the right to be safe after having a couple of drinks. A likable woman doesn’t challenge women, either, by reminding them of the compromises they’ve made and the edges they’ve trimmed off their personalities.

Recently, though, there have been encouraging signs that women have stopped looking over their shoulders every five minutes for male approval—and it’s driving conservative men berserk.

Take Alexandria Ocasio-Cortez. Everything about her sends them up a wall. She’s young, female, brown, and left-wing—the polar opposite of Congress’s white, male, right-wing oldsters. She says she’s working-class but somehow has nice clothes. She’s made a couple of slips in interviews, so obviously she’s an ignorant ditz. Grover Norquist even compares her proposal to raise taxes on the top income brackets to slavery. 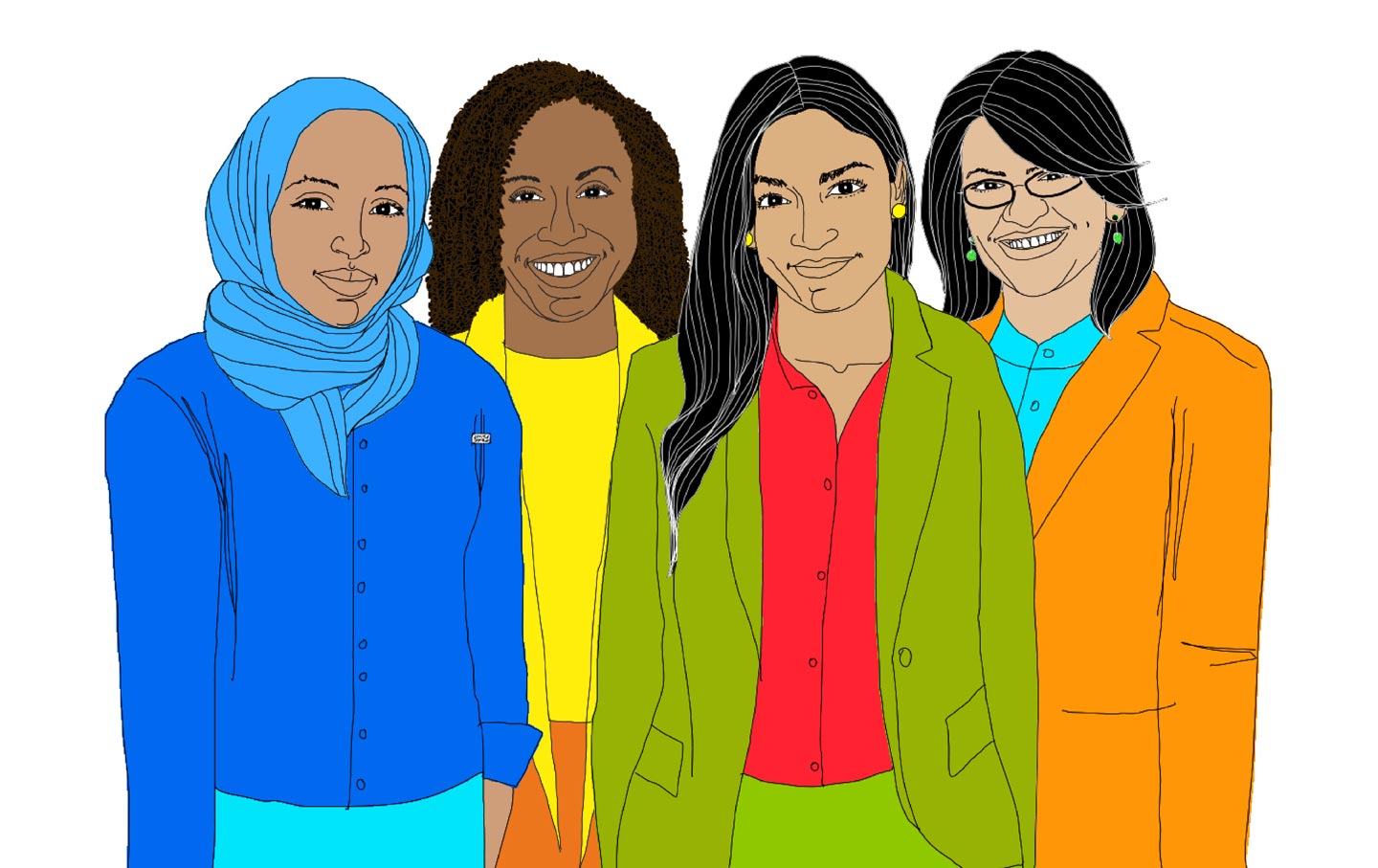 Most recently, conservatives leaked a video of Ocasio-Cortez dancing on a rooftop during college. Maybe they thought a young woman looking carefree and adorable was the equivalent of appearing in soft-core porn—something former Republican senator Scott Brown actually did, by the way, without suffering any harm to his reputation as a solid all-around good guy with a pickup truck. On Lou Dobbs’s show, Republican strategist Ed Rollins called her a “little girl.”

The new congresswoman’s response to all this was to tweet a video of herself dancing into her office. Then, when Republicans booed her for voting for Nancy Pelosi to chair the House, Ocasio-Cortez tweeted merrily: “Don’t hate me cause you ain’t me, fellas.” The old ways of chastising uppity women, evidently, are backfiring.

The faux outrage at Ocasio-Cortez lasted mere hours before being overshadowed by Rashida Tlaib’s cursing. Speaking at a MoveOn gathering, Tlaib, one of two newly-elected Muslim women in Congress, said she had told her son, “we’re gonna impeach the motherfucker.” A raft of politicians and pundits swiftly schooled Tlaib in manners and morals; you’d think Congress was a Baptist prayer meeting—at least for women. After all, Dick Cheney did tell Pat Leahy to go fuck himself on the Senate floor in 2004—and later called it the proudest moment of his life. (Nancy Pelosi on Tlaib: “I’m not in the censorship business.” Well played, Ms. Speaker.)

Women dancing, women cursing, women running for president, women not apologizing—what is the world coming to? After carefully managing their appearance and behavior for so long, left, liberal, and even not-so-liberal women are full of piss and vinegar and rage. They give no fucks because they have no fucks left to give. “Himpathy”—philosopher Kate Manne’s marvelous coinage to describe the tendency of both sexes to feel sorry for awful men—is no longer the automatic response. Just ask Brett Kavanaugh. Or Louis C.K. Or R. Kelly, who, after 30 years of abusing underage black girls with impunity, was definitively outed in a three-part Lifetime documentary.

Much credit for this awakening goes to the Women’s Marches, which will take place again on January 19. The first march, after Trump’s inauguration, was a collective scream of fury, determination, and joy: the largest demonstration in US history. Critics called it a symbolic one-off, but it was the opposite: Women went home and joined election-oriented groups like VoteRunLead and Indivisible. Without the marches, we would not be celebrating the fact that there are more than 100 women in the House today, all but 13 of them Democrats. In state after state, women are changing the face—and politics—of local government.

Recently, the Women’s March has run into difficulties. Linda Sarsour, Tamika Mallory, and Carmen Perez, three of the four original co-chairs of the national organization Women’s March, Inc., have in the past expressed their affection for Nation of Islam leader Louis Farrakhan. That’s definitely not likable! And not in a good way.

They’ve since backed off, but it took too long and has fallen short of the complete repudiation many marchers would like to see, given Farrakhan’s long history of anti-Semitism. Some Jews have decided not to march; others are defending the leaders and turning the conversation to Jewish racism; others still are downplaying Farrakhan’s importance completely. It’s all very confusing. Meanwhile marches are being canceled in Chicago and New Orleans, while New York City will have two competing ones: Women’s March, Inc. and Women’s March Alliance. Oy.

I understand why Jewish women would want to stay home—that was my first inclination, too—but I think the stronger case is to march and struggle. I don’t want to stomp on the grass roots and help destroy a multiracial movement that has transformed so much for women in such a short time. So, as an atheist half-Jew I will be marching in DC with a contingent of Jewish women, definitely a first for me—and I hope I’ll be carried along by a vast wave of fierce women, likable or not. Maybe I’ll see you there.