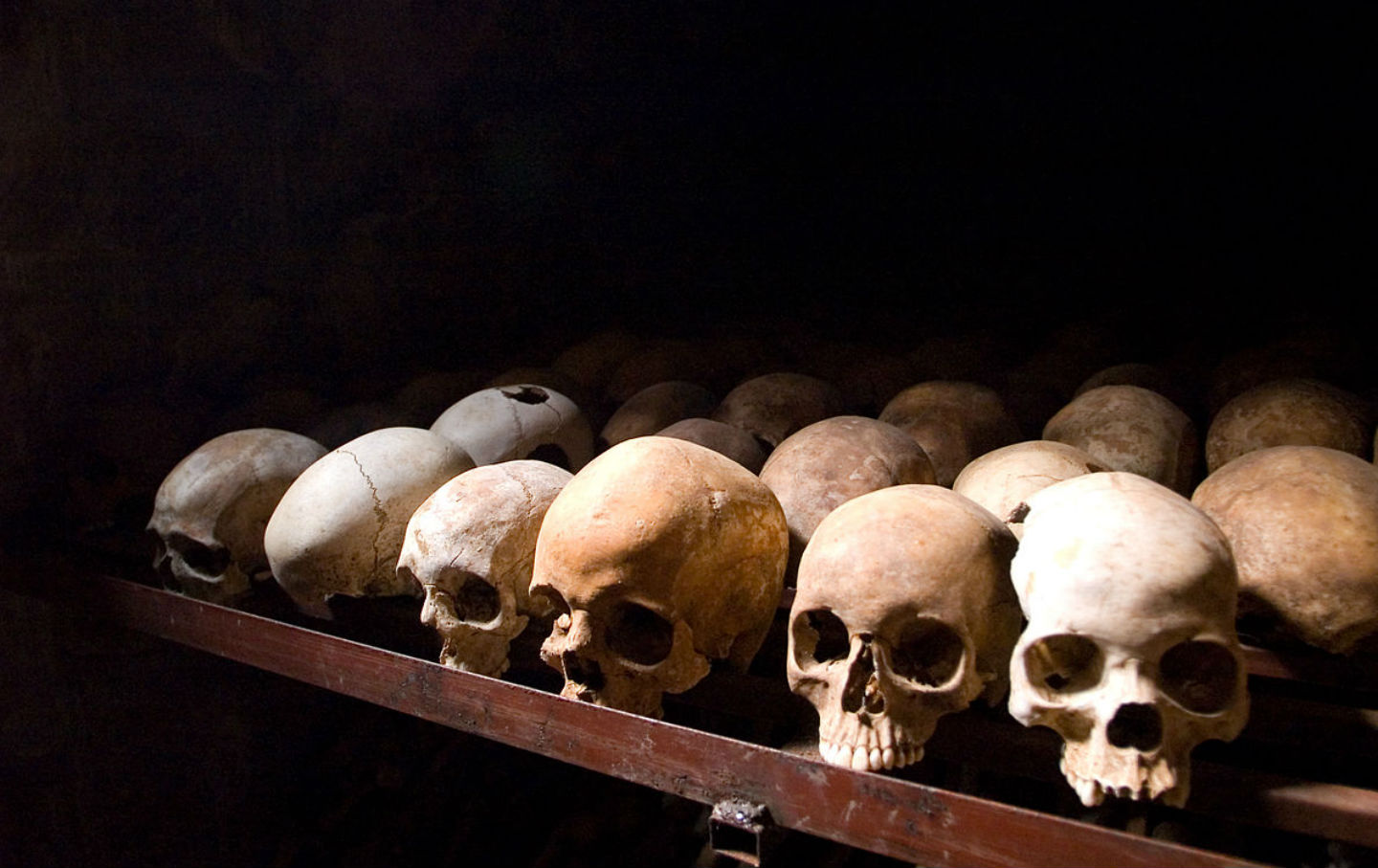 After an airplane carrying the presidents of Rwanda and Burundi was shot down on April 6, 1994, allies of the Hutu-led government began massacring Tutsis and moderate Hutus perceived as supporters. The Rwandan Patriotic Front of Paul Kagame retaliated and took control of the government that July. The French government, which had armed the regime of Juvénal Habyarimana, backed the Hutus and in 2009, French President Nicolas Sarkozy admitted France had made “mistakes.” The following article, “Blood, Money and Geopolitics,” by Frank Smyth, a veteran reporter now with the Committee to Protect Journalists, appeared in the Nation of May 2, 1994.

The R.P.F. and President Habyarimana signed a treaty last August, but his untimely death provoked Rwanda’s most severe wave of bloodshed since independence. Hours after his plane went down, the regime’s Presidential Guard began targeting political opponents and critics irrespective of ethnicity. They included the interim Hutu Prime Minister, ten Belgian peacekeepers who tried to save her, many priests and nuns and journalists and human rights monitors. While these victims, running into the thousands, were primarily Hutu like the regime itself, the ruling-party militia along with bands of soldiers and drunken armed Hutu men killed tens of thousands of Tutsi. Six days after the carnage started, the first of the main body of Tutsi R.P.F. guerillas arrived in Kigali. While Uganda harbored and largely armed the R.P.F., Egypt, South Africa and especially France armed the Habyarimana regime, which is most responsible for the recent blood-letting. Uganda denies it, Egypt and South Africa will not comment, and France has yet to fully disclose its role.