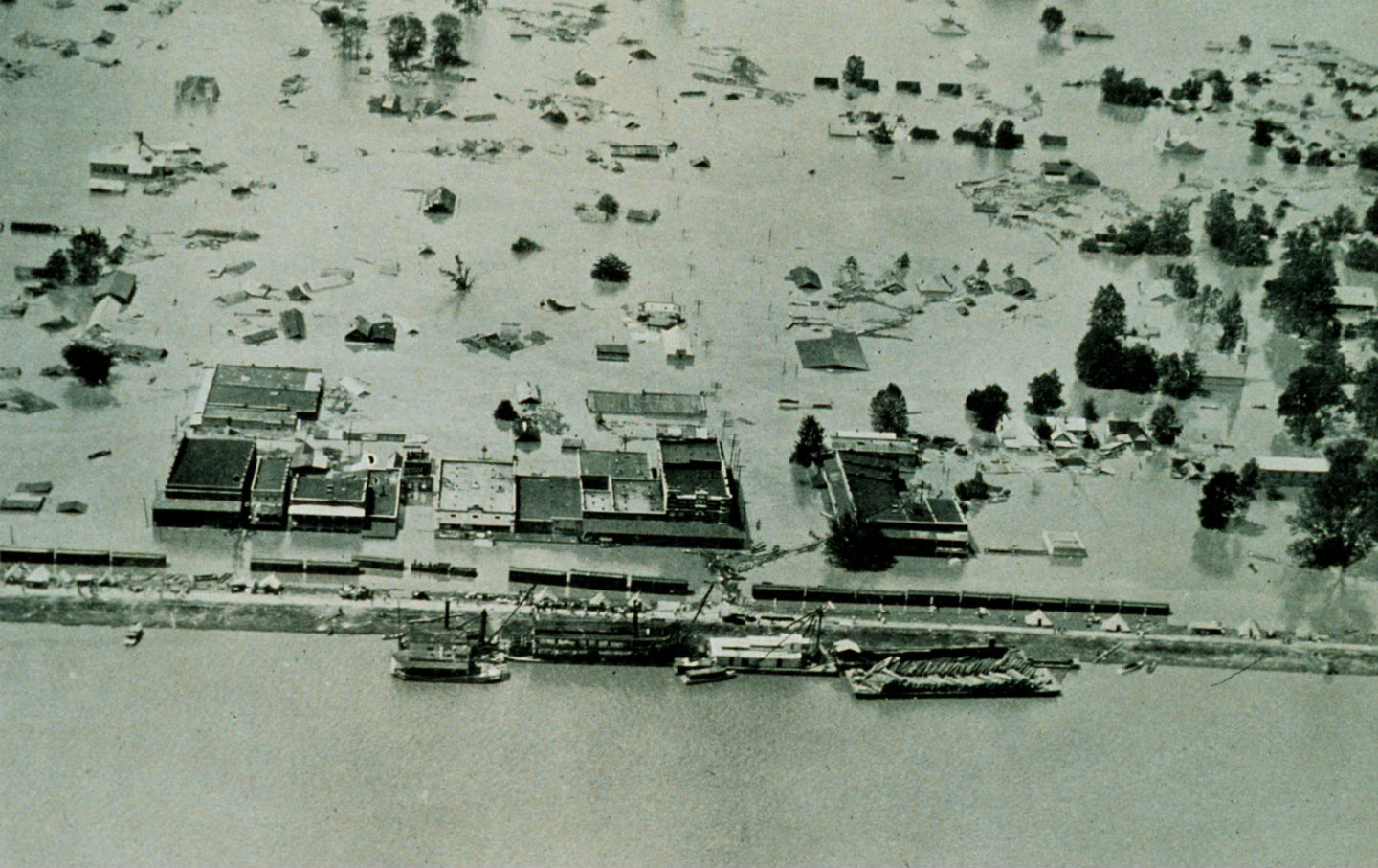 The Great Mississippi Flood of 1927, as seen from Arkansas City, Arkansas. The river stage was 52.8 feet. (Wikimedia Commons/National Oceanic and Atmospheric Administration)

The 1927 flood prompted the construction of massive levees and further spurred the northward migration of African-Americans. The following article for The Nation, “The Negro and the Flood” (June 22, 1927), makes for uncomfortable reading almost ten years after Hurricane Katrina, when the destruction wrought by the floodwaters similarly reflected a human disaster no less than a natural one. Its author, Walter White, was a writer and the leader of the NAACP from 1931 to 1955 (before, of course, starring in the break-out television series Breaking Bad).

Those in immediate charge of flood relief, whether wittingly or not, are, I believe, permitting the relief organizations to be used by plantation-owners further to enslave or at least to perpetuate peonage conditions in many parts of the flood area…Negroes in hundreds of cases were forced to work at the point of guns on the levees long after it was certain that the levees would break. Conscripted Negro labor did practically all of the hard and dangerous work in fighting the flood. Harrowing as many of these stories are, they are the almost inevitable products of a gigantic catastrophe and are part of the normal picture of the industrial and race situation in certain parts of the South. The greatest and most significant injustice is in the denial to Negroes of the right of free movement and of the privilege of selling their services to the highest bidder. That, if persisted in, would recreate and crystallize a new slavery almost as miserable as the old.