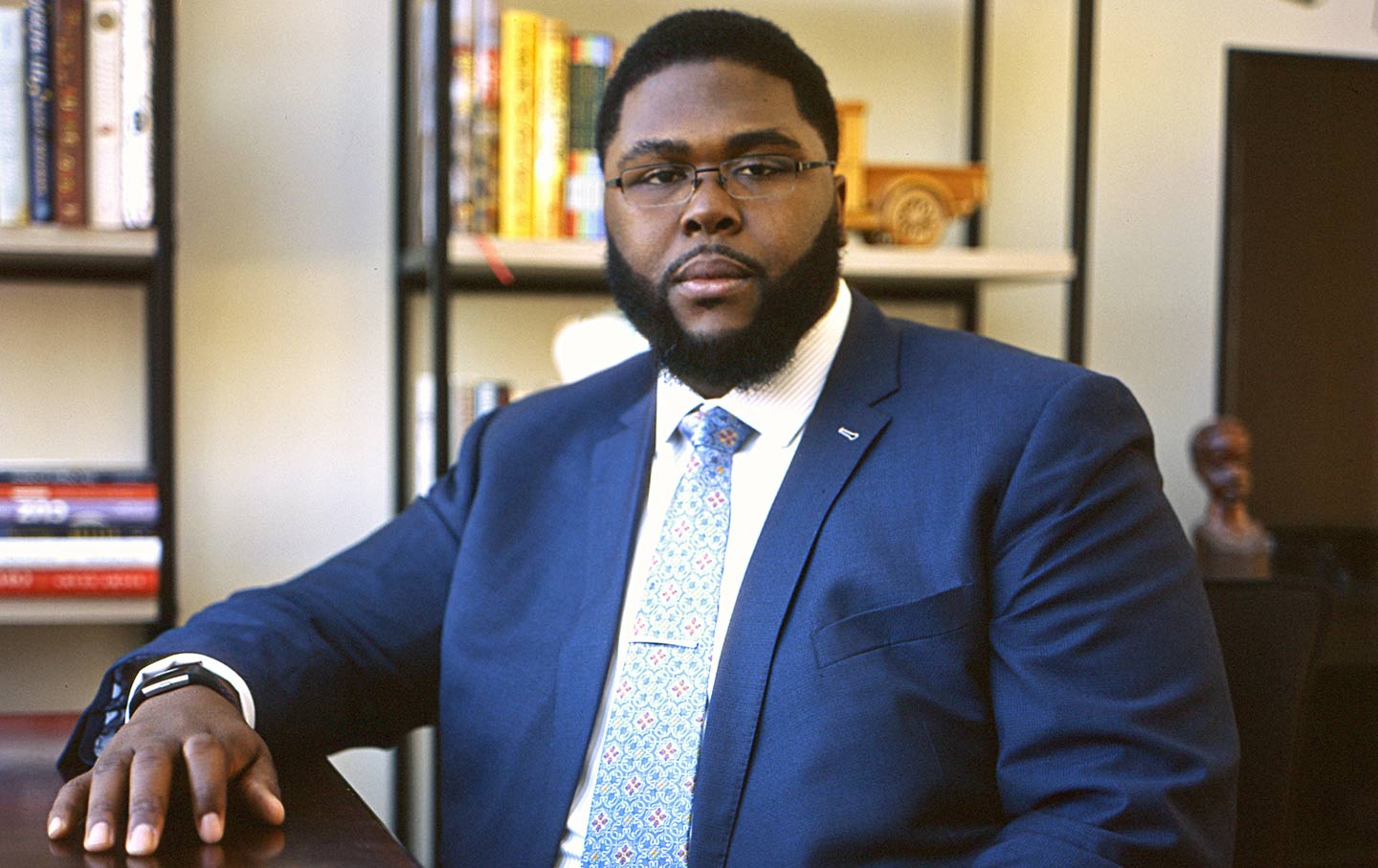 Anthony Abraham Jack grew up in a single-parent household in West Coconut Grove, Florida, one of Miami’s most impoverished neighborhoods. A gifted student, he attended Miami-Dade County Public Schools for the majority of his primary and secondary education. But after he was dismissed from his high-school varsity football team, his mother cast about for better options. Before long she discovered a scholarship offered by a prestigious college-preparatory school in the area, Gulliver Prep.

Though Jack spent just one year at Gulliver, it prepared him for the myriad unspoken rules of elite institutions. Acquainting himself with the ways of the upper class was disorienting. Nevertheless, because education in the US is so stratified, his single year at Gulliver funneled him into the likewise renowned Amherst College. And while many might consider this an academic-success story, it became clear to Jack that his struggles would follow him through the college gates.

One of his most potent observations while at Amherst was in the way that classmates from similar economic and racial backgrounds to his own were navigating the social and institutional environment. Some were anxious and alienated, while others weren’t. But he teased out an important detail: Those working-class students who attended private high schools adjusted far more easily than those who did not. Yet regardless of secondary education, each group’s material discomforts were the same—from the expectation of participating in costly activities, to suffering food insecurity during those weeks that campus dining halls are closed for spring break.

Earlier this year, Harvard University Press published The Privileged Poor, Jack’s sociological examination of the way elite colleges and universities welcome, and don’t welcome, students from the working classes. In it, he develops a more nuanced taxonomy—”the Privileged Poor” and “the Doubly Disadvantaged”—for understanding how lower-income students navigate college campuses. I spoke with Jack about these new distinctions, how access is not the same as inclusion, and what could be done to create a more equitable system. This transcript has been lightly edited for clarity.

Edwin Aponte: What led you to write this book?

Anthony Abraham Jack: When I got to Amherst I discovered, both on my first day of class and also as I worked in the admissions office as a diversity intern, that gifted education programs that target high-achieving minorities like Prep for Prep placed a lot of students in boarding, day, and preparatory high schools. Not only do they place those students in those schools, but then those schools place students at elite colleges—there’s a funnel.

One thing that I kept returning to over and over again was that in my reading—as I was getting ready to study poverty, inequality, and culture—whenever we talked about lower-income students who made it to school or first-generation college students, there was no variation. People just talked about a group of poor students who all had the same experience.

I struggled to figure out how to frame this project, because it went against the grain so much. We were so used to the stories like A Hope in the Unseen about Cedric Jennings—and the narrative of the inner-city boy who made it to the Ivy League. We fetishize that story.

EA: In this book you set out to define two discrete groups in college. So who are the Privileged Poor? Who are the Doubly Disadvantaged?

AAJ: The Privileged Poor are lower-income students from lower-income communities who attended boarding, day, and preparatory high schools—like Andover and Dalton—before coming to college. I call them the Privileged Poor because even though they come from economically disadvantaged families, they had the social and academic experience of the top 1 percent.

The Doubly Disadvantaged are poor students from poor neighborhoods who went to poor high schools. Their experience is what we typically think about when we think about lower-income students in college. They often experience intense culture shock and isolation when they matriculate at university. My research shows that it’s not just working-class students who can’t navigate the gap, it’s working-class or lower-income students who come from a specific type of high school, where they were socialized for deference, not entitlement.

EA: Why does this distinction matter?

AAJ: It gives us a new understanding of how social class works in college. And what I mean by that is, it allows us to think about the social dynamic of class—meaning who feels comfortable interacting with peers and professors of different class backgrounds, different racial backgrounds given how residential segregation amplifies the effects of social class, and who does not.

To ignore this diversity, we will continue to base policy on only a partial picture. If we have a pre-orientation program that only targets the Privileged Poor, or we oversample the Privileged Poor, we’re not really helping the students who need it the most, right? So it helps us actually understand how to be both more targeted and more specific in the programming that we do.

Think about what those institutional resources mean, how they amplify inequality so quickly. Meaning who gets internships, who gets to be able to put things on their résumé that you need to have institutional sponsorship, and who gets a letter of recommendation that can lead to a job.

Certain students enter with that, and they understand how the game works. But we have a whole bunch of students for whom that is a foreign concept, and so we actually need to understand that, if we continue to assume so much about what students know when they come in, we will continue to leave students out.

We need a fundamental reorientation in how we think about diversity. We have to move from access to inclusion. We have to question what we take for granted, not just what students know, but what students can afford. There are a lot of moments of disconnect and miscommunication.

EA: What are some examples of that disconnect and miscommunication?

AAJ: When colleges close down for spring break—assuming that students leave for “fun in the sun”—one of the consequences is that those students who cannot afford to go home face food insecurity for days on end. It is not just about the social and cultural gap that colleges have to close. There’s a structural one. The fact that university policy is to shut down during spring break means that you are institutionalizing food insecurity into the calendar.

There’s more that we need to do to remove the consequences of assuming not just what students know or are familiar with, but also what they can afford, especially when what they can afford affects their access to basic needs. And I’ll say this till I’m blue in the face, because access is not inclusion.

EA: You also talk about “the hidden curriculum.” Can you explain what that is?

AAJ: The hidden curriculum is a system of unwritten rules and unspoken expectations that are pervasive around campus. A prime example is how colleges expect students to not only be proactive, but comfortable reaching out for any form of support or help that they need.

I’ve had people tell me that their students thought that office hours were times that they couldn’t bother the professor; that it was their time to do their work in the office where they are not to be disturbed. Because the term itself is confusing, right? But we expect students to enter college already knowing what office hours are and already knowing how to navigate them—which is fundamentally not true.

EA: So, what can be done to change this state of affairs?

AAJ: I think that we need to fundamentally change our orientation and realize that, especially for low-income and first-generation college students, it’s not only a student who comes to campus; it’s a family. Putting students in private school is not social policy—we have to seriously rethink K–12 education—that’s abdicating responsibility. We need to understand how entrenched inequality in our neighborhoods and in our schools shape youths’ mobility prospects, because it’s not a one-stop thing. We need to reinvest if we want a brighter future, and right now there’s not a bright spot on our timeline.