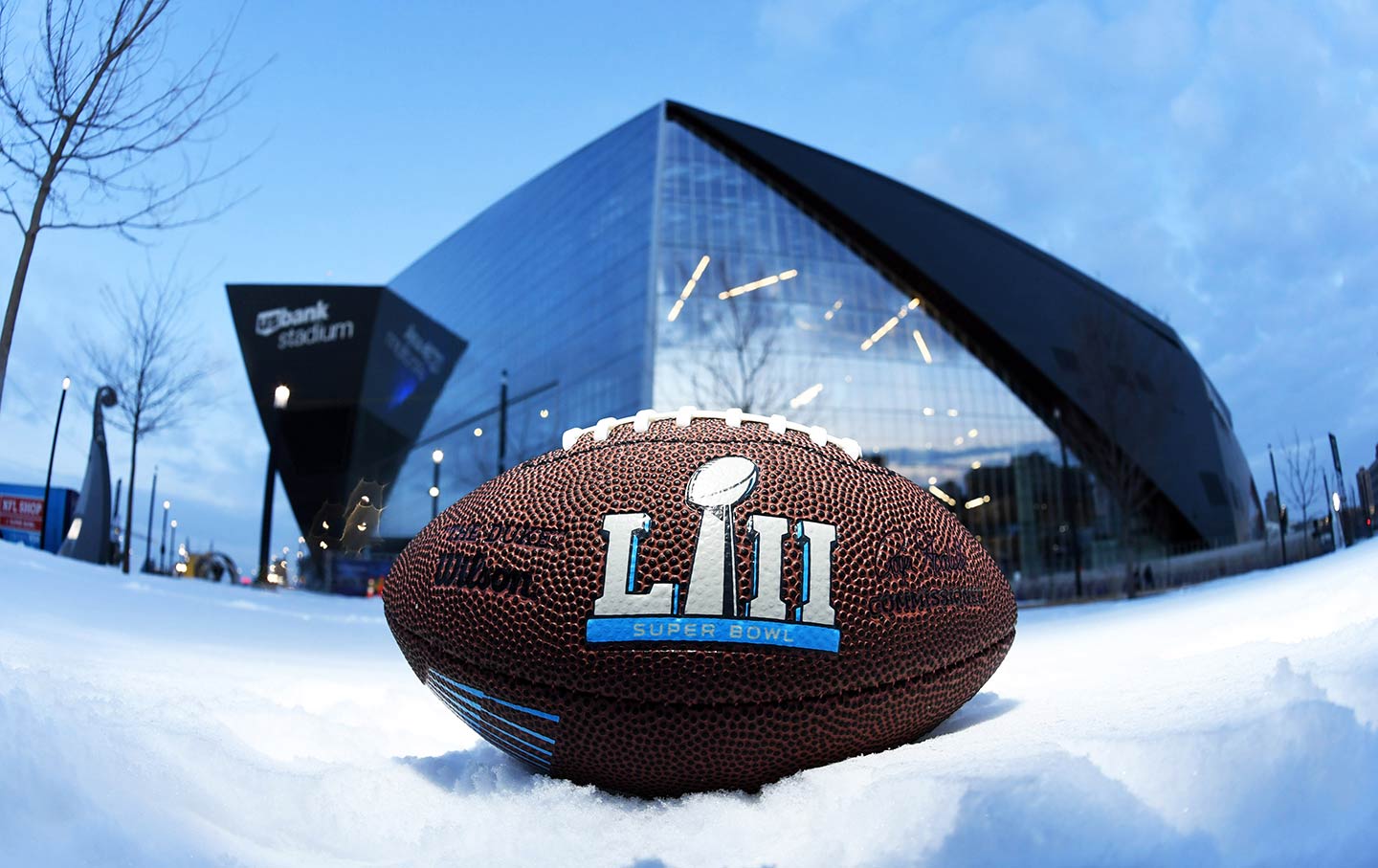 A football outside US Bank Stadium, prior to Super Bowl LII between the Philadelphia Eagles and the New England Patriots. (USA Today Sports / Kirby Lee)

This week, we talk all things NFL—plus a new twist on the Lebron-Jordan debate—with Andrew Brandt, columnist for The MMQB and The Athletic and the host of the Business of Sports podcast. Brandt details his time as an executive with the Green Bay Packers and dishes on whether or not the NFL is blackballing Colin Kaepernick.

Dave has some Choice Words for how LeBron James has, once again, flipped the script in terms of what we expect from our superstars. Our Just Stand Up Award goes to Steve Kerr, head coach of the Golden State Warriors, for being far more presidential than the current person residing at 1600 Pennsylvania Avenue. Our Just Sit Down Award goes to the racist fans who thought it was a good idea to yell at Washington Capitals’ Devante Smith-Pelly. As we move on from the football season—and further away from when Colin Kaepernick last played—we urge you not to forget the man who started this revolution of athlete-activists!