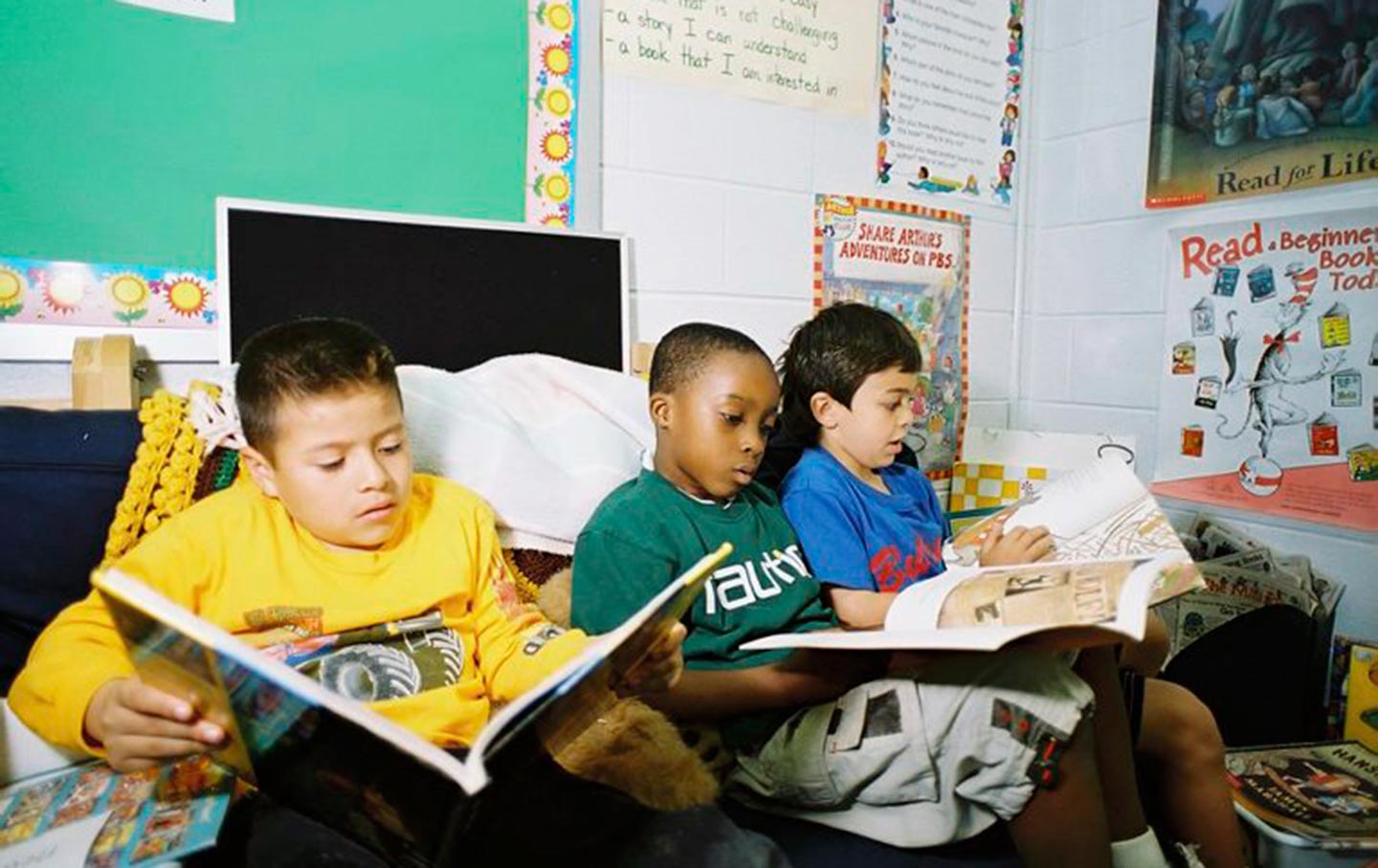 In the Upper West Side of New York City, Public School 199 stands on West 70th Street as a high-wealth, high-performing, and intensely sought-after elementary school. But this fall, the popular school will usher in a new, different class of students—and the enrollment change has drawn fear, scorn, and fierce opposition from local parents.

Parents at the wealthy school were outraged, and the city’s first attempt to integrate the two schools failed amid the backlash. After contentious debates and heated protests, the city dropped the plan, stating it would need more time to devise a new approach that “reached consensus.”

The city resurrected its proposal the next year and, although the rezoning plan is still fraught with conflict, it somehow muscled its way through the dissension to reach a final vote last fall. District 3’s Community Education Council—a locally elected parent group that votes on zoning policies—had long been in favor of new zoning lines and approved the city’s plan on a 9-to-1 vote.

But parents who are opposed to the plan have continued to fight. Some are placing political pressure, threatening to campaign against any official who supports the new zones. Others have warned that they will enroll their children in private school. Some have even hinted at taking legal action. Overall, the battles roiling PS 199 and PS 191’s elementary-school campuses have proven that, when it comes to school integration, change is no easy task.

One would think Americans are ready for school integration, though. In a new study by my colleague Ulrich Boser and me, we found that most Americans—more than 60 percent—report that school segregation is an important issue for them, and nearly 70 percent of Americans agree that more should be done to integrate low- and high-poverty schools.

These findings were a bit startling at first glance. After all, if most Americans are in favor of school integration, why aren’t diverse, integrated classrooms spreading across the country?

Historically, school integration has met intense resistance. But, at least in principle, the general public seems to endorse it, and our poll may have tapped into the country’s sympathy for people living in poverty.

In fact, one 2012 poll found that 52 percent of Americans believe “helping the poor and needy is a top priority.” Another poll found that reducing poverty is “very” or “extremely” important to most Americans.

National support for school integration may also be due to the country’s increased attention on income inequality. More than three-quarters of adult Americans, for instance, “believe the rich just get richer while the poor get poorer.” Nearly 90 percent of Americans also believe they are “falling backward” in their finances. And a majority believe “the next generation has it even worse.”

Seeking to disrupt trends of economic inequality, Americans could be keen on helping children with low incomes have a fair shot at entering the middle class, and they see education as the best way to get there. But if there’s anything the desegregation battles in New York City prove, it’s that integration can leave both a sweet and bitter taste in Americans’ mouth. Americans might support integration in theory, but many have different reactions when it reaches their own backyards.

Research shows that reporting favorable views of integration can demonstrate a “superficial tolerance” of integration. But sending one’s own child to an integrating school is a much greater challenge: It requires a person to acknowledge—and maybe uproot—deep-seated stereotypes about families with low incomes and education.

Poverty is also racialized in the United States, and words like “low-income” in America can trigger other words like “black” and “brown.” Children of color as young as 5 are more likely to be perceived as violent and disruptive, which can stoke fears about integrating schools on both economic and racial lines.

But it may not be student diversity, per se, that is distressing to parents as is the thought of losing certain privileges. For affluent parents, they may feel territorial over the high-flying success of their school. And property values, neighborhood identity, and a sense of safety feel as though they are at stake.

“A school belongs to the neighborhood where it resides,” said one parent at PS 199.

And it’s not just wealthy parents who are afraid. Through our focus group sessions with diverse parents in the Baltimore and Washington, DC, metro areas, we found that low-income parents were wary of integration, and they drew on their own life experiences as supporting evidence.

For instance, low-income white parents spoke of being looked down upon by the “rich kids.” As one parent put it: “They don’t want us there, so why should we go there?” They pictured affluent families throwing lavish birthday parties, showering the higher-income kids with fancy cars and expensive gifts, making their own children feel insecure.

Despite whatever frustrations may be brewing among high- and low-income parents, District 3’s rezoning plan will take full effect this fall. In the Upper West Side of Manhattan, children who used to live in two separate worlds will now read, write, learn, and play together.

Fortunately, it’s not the only plan to mark a real shift in school diversity for New York City. The New York City Department of Education recently unveiled its citywide plan for integration, pledging to increase diversity across their entire public-school system.

These changes are promising. Despite rapidly changing demographics in this country, school diversity has barely kept pace, and research shows that all students perform better academically and socially when they learn in diverse classrooms.

Many Americans do believe the time is ripe for change, but it remains to be seen whether all Americans will embrace this change when it arrives in their own communities.