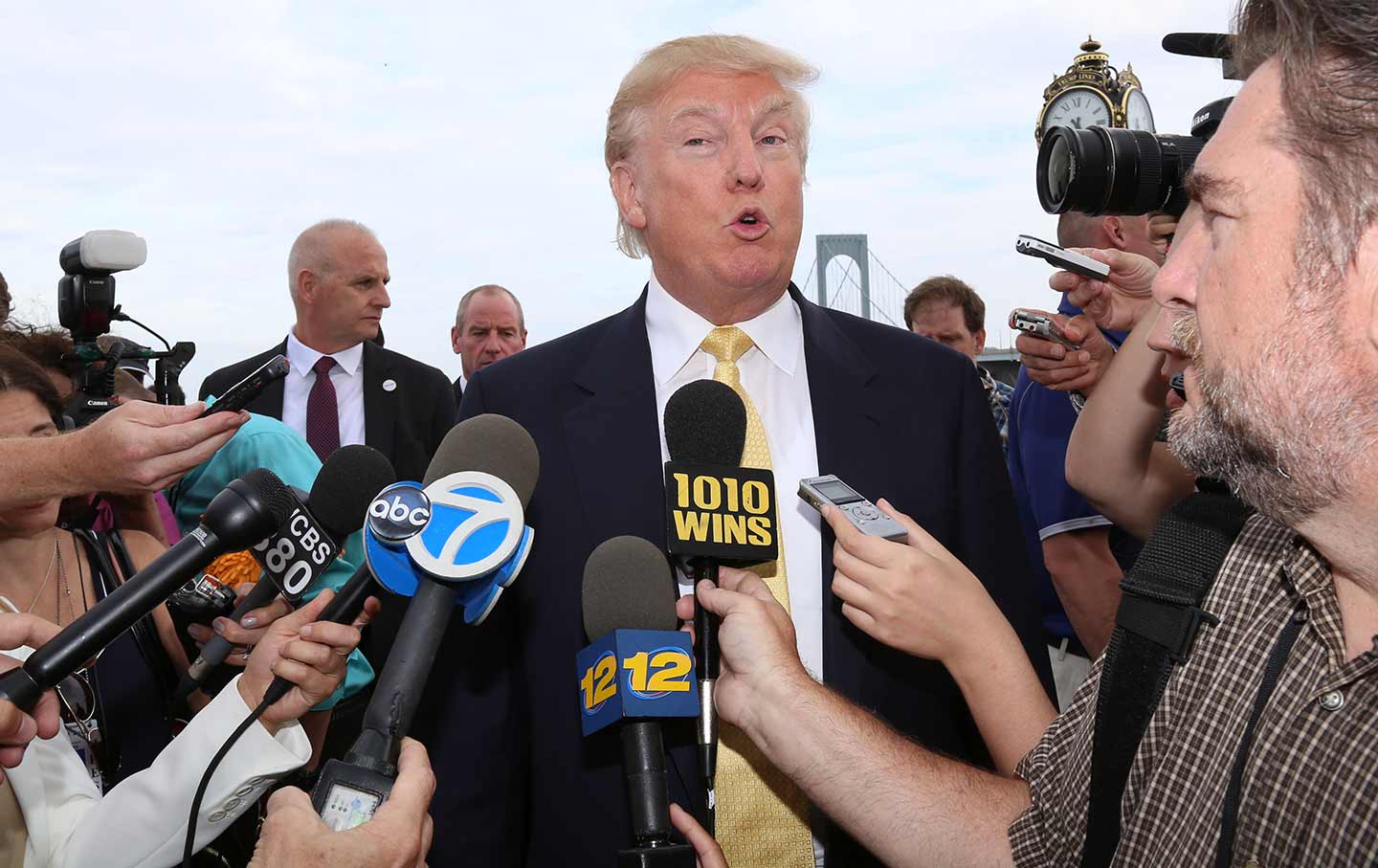 As the 2016 presidential contest draws to a close, the neo-McCarthyite attacks that have, sadly, too often characterized Hillary Clinton’s campaign kicked into high gear. On Friday, October 28, FBI Director James Comey sent a letter to Democratic and Republican lawmakers announcing that he was reopening the investigation into Hillary Clinton’s e-mail server after finding previously unaccounted-for e-mails on the laptop of disgraced former congressman Anthony Weiner. Given that the election is under a week away, many have questioned whether the timing of Comey’s announcement was appropriate. Yet others leaped to ridiculous conclusions, as did Clinton surrogate James Carville, who recklessly charged that “the House Republicans and the KGB are trying to influence our democracy.”

Nor was Carville alone. Former Vermont governor Howard Dean declared, “Comey has put himself on the same side as Putin,” while Ohio Congressman Tim Ryan asked, “Where did these come from? How did they get to the FBI? Is Russia involved in this?” Still worse, outgoing Senate minority leader Harry Reid sent a letter to Director Comey in which he claimed that “it has become clear that you possess explosive information about close ties and coordination between Donald Trump, his top advisors, and the Russian government—a foreign interest openly hostile to the United States, which Trump praises at every opportunity.”

As The Washington Post’s Aaron Blake wryly observed, “Anybody who has studied Reid’s political career, of course, won’t be terribly surprised” by Reid’s claims; after all, Blake continued, “We don’t have to look too far in the rear-view mirror to find another example of Reid offering an evidence-free claim about a Republican presidential candidate.”

Days later, the Beltway was rocked by two more sensationalistic stories regarding Donald Trump’s alleged ties to the Russian government. On Monday, October 31, Mother Jones Washington bureau chief David Corn published a thinly sourced story that uncritically recycled the claims of a so-called “Western intelligence officer” that the “Russian regime has been cultivating, supporting and assisting TRUMP for at least 5 years.” The “former Western intelligence officer” began uncovering the alleged links to Trump, which he claims he sent to the FBI, as part of an opposition research project “originally financed by a Republican client critical of the celebrity mogul.”

Washington Post media critic Erik Wemple described Corn’s scoop as “an uncorroboratable heap of trust-me-please journalism.” Wemple continued, “Mother Jones is trying to establish the reputational bona fides of an anonymous source by relying on the word of another anonymous source.”

It is interesting to note that on the same day Corn’s piece appeared, The New York Times released a report that claimed the exact opposite: that the FBI has found “that none of the investigations” into the alleged links between Trump and the Russian government “have found any conclusive or direct link between Mr. Trump and the Russian government.”

Corn’s story was soon followed by a piece at Slate by former New Republic editor Franklin Foer, who claimed to have uncovered direct (and, of course, secret!) links between an e-mail server belonging to the Trump Organization and a Russian bank. It took cyber experts all of a couple of hours to thoroughly debunk Foer’s piece; the server didn’t belong to the Trump Organization but to a company called Cendyn that sends spam messages on behalf of hotels. It happens that the Russian bank in question, Alfa-Bank, has employees who—quelle horreur!—have stayed at Trump hotels. As The Intercept noted in its exhaustive critique of Foer’s piece, “A company that Trump has used since 2007 to outsource his hotel spam is doing exactly that.”

We may safely assume that Foer’s piece will join the ranks of such classics of Beltway fabulism as The Daily Beast’s Al Qaeda conference-call story or a more recent Beast offering that claimed Cubans are “operating in Russian tanks” in Syria on behalf of the Assad regime.

Nevertheless, some analysts fear that the problem with American journalism isn’t its credulous acceptance of any story, no matter how far-fetched or fact free, as long as it paints Donald Trump and/or Russia in the most diabolical light possible, but rather that it is not, according to a November 1 Washington Post op-ed, “defending itself” against Russian “state propaganda and intelligence organs of the Russian government.” The author, a co-director of the little-known Institute for Democracy in Eastern Europe, claims that Western journalists who have reported on the Wikileaks Clinton e-mails are in fact, doing Russia’s bidding, because “There is consensus among U.S. intelligence and law-enforcement agencies that the WikiLeaks ‘dump’ of emails…is the result of illegal, targeted hacking directed by Russian intelligence services.” Never mind the facts that there is (a) no “consensus” among US intelligence agencies and that (b) no evidence has emerged that Russia is directing the Wikileaks dump.

But that should hardly matter; in the evidence-free environs of the 2016 campaign, it seems anything goes, provided Russia is the designated bogeyman.