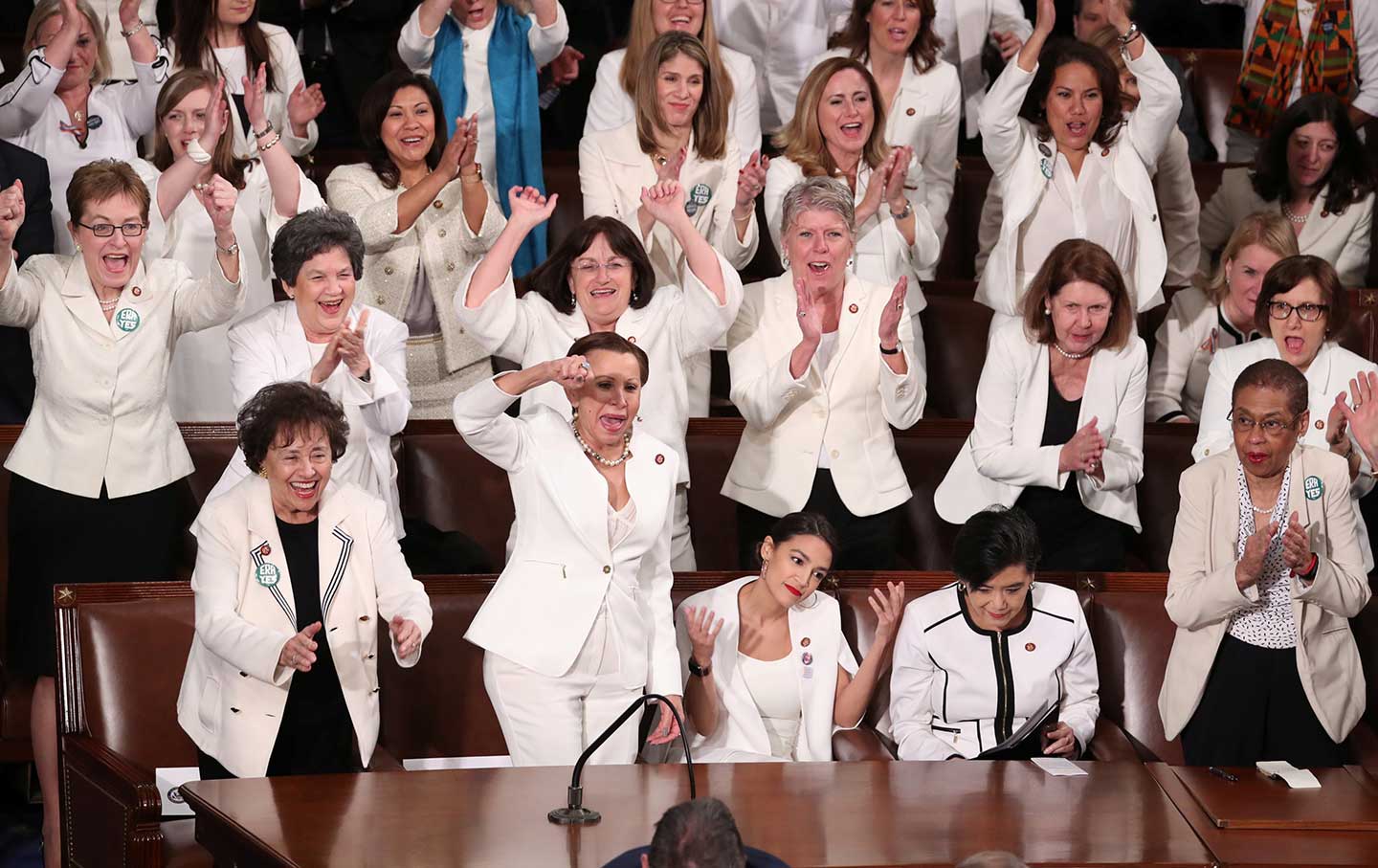 Democratic female members of Congress cheer after President Donald Trump said there are more women in Congress than ever before during his second State of the Union Address to a joint session of Congress in Washington, DC, on February 5, 2019. (Reuters / Jonathan Ernst)

When he interviewed California Senator Kamala Harris, Thompson asked, “Would you, as a woman, consider another woman?”

Thompson followed up: “Two women on a ticket?”

“Wouldn’t that be fabulous?” said Harris.

Massachusetts Senator Elizabeth Warren replied to a similar line of questioning by telling the host, “I’d put a woman on my ticket.”

Neither Harris nor Warren ruled out male prospects. But their enthusiastic responses to the possibility of an all-female ticket in 2020 moves the discussion about vice-presidential selection in a good direction.

In 2016, as the Democratic National Convention approached, there was a flurry of speculation about the prospect that Hillary Clinton might add Warren to her ticket in order to excite activists in the “Elizabeth Warren Wing of the Democratic Party.” My sense at the time was that a Clinton-Warren ticket had the potential to do more than merely energize progressives. To my view, a ticket made up of a pair of politically savvy and diversely experienced women would have been a perfect counterbalance to a Republican ticket consisting of the lamentable Donald Trump and the equally lamentable Mike Pence. And I always rejected the notion that an all-female ticket would put off some segments of the electorate. Anyone who says they won’t vote for two women on a ticket probably wouldn’t vote for one woman at the top of the ticket.

Clinton went with a more cautious and predictable choice, picking Virginia Senator Tim Kaine for vice president, and the rest was history.

Now, the prospect arises anew. Again it involves Warren. But, as 2020 approaches, the list a viable women contenders is longer than ever. That list includes a number of women who have already announced for the top job, including Warren and Harris. But it also includes 2018 Georgia gubernatorial candidate Stacey Abrams, who was the subject of speculation as a possible running mate for Joe Biden. (And of suggestions that she would be a better presidential nominee than the former vice president.)

There’s time, of course. But it’s not too early to consider the prospect of a “Warren-Harris” ticket, or a “Harris-Warren” ticket, or “Abrams and…”