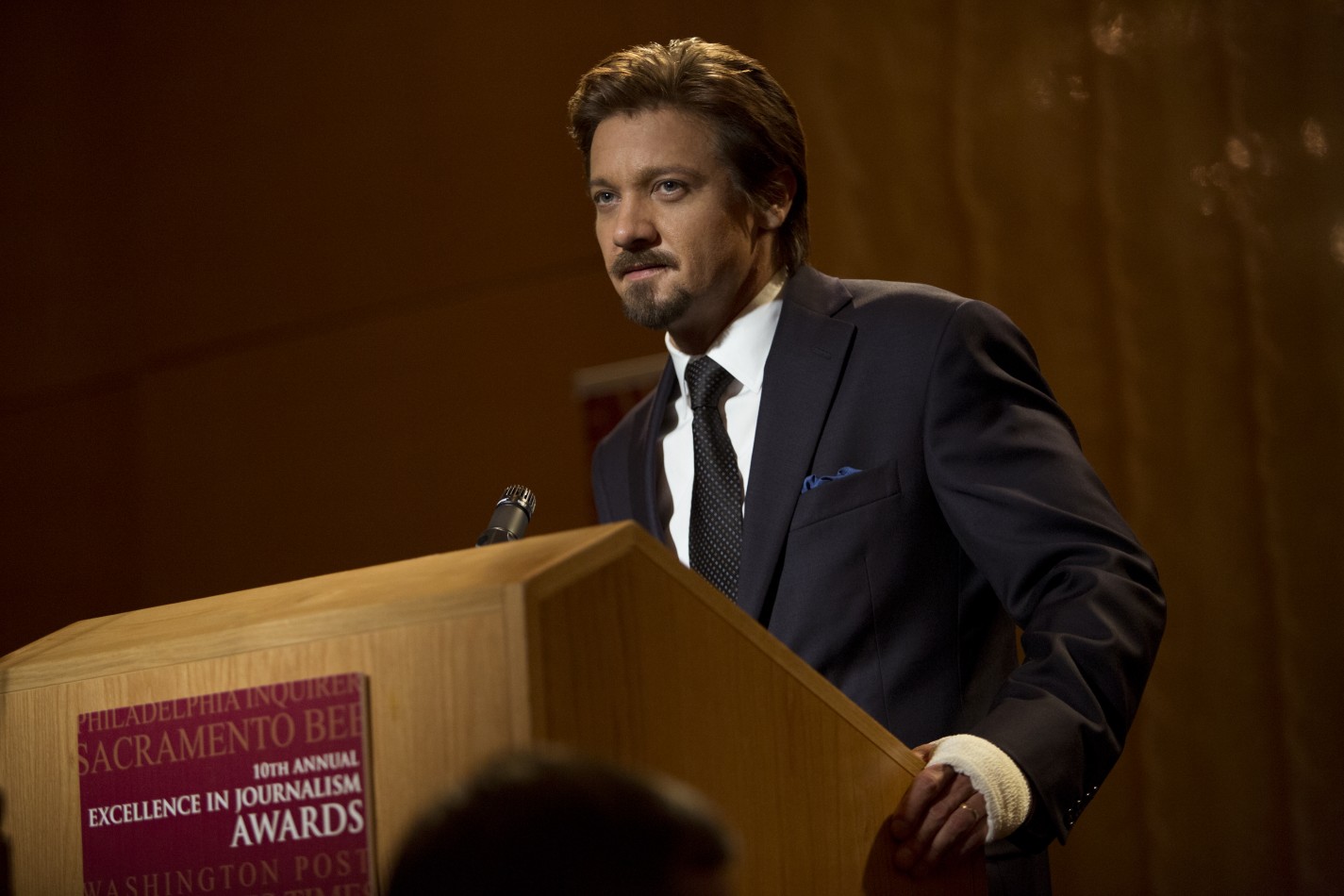 A new film, Kill the Messenger, tells the story of Gary Webb, who as a reporter for the San Jose Mercury-News in the mid-1990s wrote a widely read series on the CIA’s relationships with Los Angeles crack dealers and the Nicaraguan Contras. Webb’s investigation earned him the wrath of the US government and its mainstream media abetters, who sicced vengeful journalists on Webb’s trail—devoting far greater resources to poking holes in Webb’s story than they ever had or have since to investigating the actual thrust of his claims. As The Nation’s Greg Grandin writes, “Webb was open to attack because the Los Angeles Times alone assigned seventeen reporters to leverage the inherent mysteries of the national security state to cast doubt on Webb.” Hounded out of journalism and into a deep depression, Webb committed suicide in December 2004. The following month, Alexander Cockburn—co-author, with Jeffrey St. Clair, of Whiteout: The CIA, Drugs and the Press (1999), partially about Webb—published this column:

Few spectacles in journalism in the mid-1990s were more disgusting than the slagging of Gary Webb in the New York Times, Washington Post and Los Angeles Times. Squadrons of hacks, some of them with careerlong ties to the CIA, sprayed thousands of words of vitriol over Webb and his paper, the San Jose Mercury News, for besmirching the agency’s fine name by charging it, in his 1996 “Dark Alliance” series, with complicity in the importing of cocaine into the United States.

There are certain things you aren’t supposed to mention in public in America. The systematic state-sponsorship of torture by the United States used to be a major no-no, but that went by the board this year (even though Seymour Hersh treated the CIA with undue kindness in The Road to Abu Ghraib). A prime no-no is that the US government has used assassination down the years as an instrument of national policy; also that the CIA’s complicity with drug-dealing criminal gangs stretches from the Afghanistan of today back to the year the agency was founded, in 1947. That last one is the line Webb stepped over. He paid for his presumption by undergoing one of the unfairest batterings in the history of the US press. His own paper turned on him.

Friday, December 10, Webb died in his Sacramento apartment from what seems to have been a self-inflicted gunshot blast to the head. The notices of his passing in many newspapers were as nasty as ever. The Los Angeles Times took care to note that even after the “Dark Alliance” uproar Webb’s career had been “troubled,” offering as evidence the following: “While working for another legislative committee in Sacramento, Webb wrote a report accusing the California Highway Patrol of unofficially condoning and even encouraging racial profiling in its drug interdiction program.” The effrontery of the man! “Legislative officials released the report in 1999,” the story piously continued, “but cautioned that it was based mainly on assumptions and anecdotes,” no doubt meaning that Webb didn’t have dozens of CHP officers stating under oath, on the record, that they were picking on blacks and Hispanics. There were similar fountains of outrage in 1996 that the CIA hadn’t been given enough space in Webb’s series to solemnly swear that never a gram of cocaine had passed under its nose but that it had been seized and turned over to the DEA or US Customs.

In 1998 Jeffrey St. Clair and I published Whiteout, a book about the relationships among the CIA, drugs and the press since the agency’s founding. We also examined the Webb affair in detail. On a lesser scale and at lower volume, Whiteout elicited the same sort of abuse Webb drew. It was a long book stuffed with well-documented facts, over which the critics vaulted to charge us, as they did Webb, with “conspiracy-mongering,” even as they accused us of recycling “old news.” (The oddest was a multipage screed in The Nation flaying us for giving aid and comfort to the war on drugs and not addressing the truly important question, Why do people take drugs? As I said at the time, To get high, stupid!)

One of the CIA’s favored modes of self-protection is the “uncover-up.” The agency first denies with passion, then later concedes, in muffled tones, the charges leveled against it. Such charges have included the agency’s recruitment of Nazi scientists and SS officers; experiments on unwitting American citizens; efforts to assassinate Castro; alliances with opium lords in Burma, Thailand and Laos; an assassination program in Vietnam; complicity in the toppling of Salvador Allende in Chile; the arming of opium traffickers and religious fanatics in Afghanistan; the training of murderous police and soldiers in Guatemala and El Salvador; and involvement in drugs-and-arms shuttles between Latin America and the United States.

True to form, after Webb’s series raised a storm, particularly in the black community, the CIA issued categorical denials. Then came the noisy pledges of an intense and far-reaching investigation by the CIA’s Inspector General, Fred Hitz. On December 19, 1997, stories in the Washington Post by Walter Pincus and the New York Times by Tim Weiner appeared simultaneously, both saying the same thing: Hitz had finished his investigation. He had found no link, “directly or indirectly,” between the CIA and the cocaine traffickers. As both Pincus and Weiner admitted in their stories, neither of the two journalists had seen the report itself.

The actual report, so loudly heralded, received almost no examination. But those who took the time to examine the 149-page document—the first of two volumes—found Hitz making one damning admission after another, including an account of a meeting between a pilot who was making drug/arms runs between San Francisco and Costa Rica with two contra leaders who were also partners with the San Francisco-based contra/drug smuggler Norwin Meneses. Present at this encounter in Costa Rica was a man who said his name was Ivan Gomez, identified by one of the contras as the CIA’s “man in Costa Rica.” The pilot told Hitz that Gomez said he was there “ensuring that the profits from the cocaine went to the Contras and not into someone’s pocket.” The second volume of Inspector General Hitz’s investigation, released in the fall of 1998, buttressed Webb’s case even more tightly, as James Risen conceded in a story in the New York Times on October 10 of that year.

So why did the top-tier press savage Webb and parrot the CIA’s denials? Another New York Times reporter, Keith Schneider, was asked by In These Times back in 1987 why he had devoted a three-part series in the Times to attacks on the Iran/contra hearings chaired by Senator John Kerry. Schneider said such a story could “shatter the Republic. I think it is so damaging, the implications are so extraordinary, that for us to run the story, it had better be based on the most solid evidence we could amass.” Kerry did uncover mountains of evidence. So did Webb. But neither of them got the only thing that would have satisfied Schneider, Pincus and all the other critics: a signed confession of CIA complicity by the Director of Central Intelligence himself. Short of that, I’m afraid we’re left with “innuendo,” “conspiracy-mongering” and “old news.” We’re also left with the memory of some great work by a very fine journalist who deserved a lot better than he got.