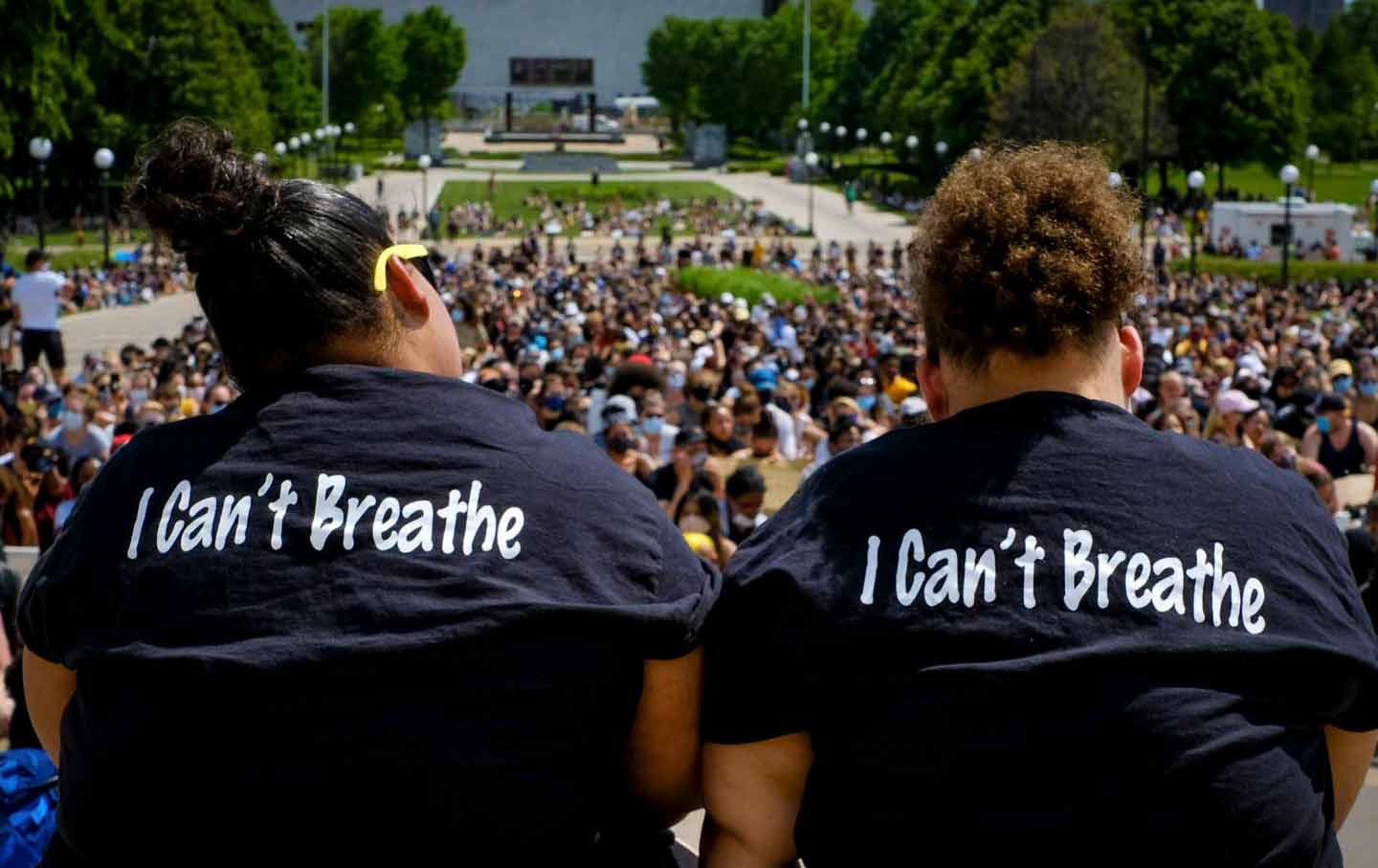 Thousands of people have turned up to march for Black lives. This was a sit-in at the capitol in St. Paul, Minn., that was organized by high school students in the Twin Cities. (Laylah Amatullah Barrayn)

inneapolis—By the time I arrived in Minneapolis, the National Guard had also arrived. A friend of mine here had said, “If you care about your safety, don’t come.” But I knew there was more than the police violence, more than the armed troops patrolling the streets, to this city still reeling from the brutal killing of George Floyd. I knew there was also resistance, and people supporting each other, and people building a better future together in the streets. So I boarded that flight from New York to the Twin Cities last Sunday to see it for myself.

As a Black photographer, I’m used to covering stories that other photographers don’t, stories that don’t make their way onto the front page. This time was different: At every rally, at every memorial service, there was a bank of photographers, all angling to capture what has become a national story, an international story—a movement to value Black life. My photographic practice follows in a long lineage of Black documentary photographers who have used the medium as a tool for activism, a tool for fighting oppression, a tool for liberation. For social justice movements, images can be incredibly powerful—often, the image leads the way for change. 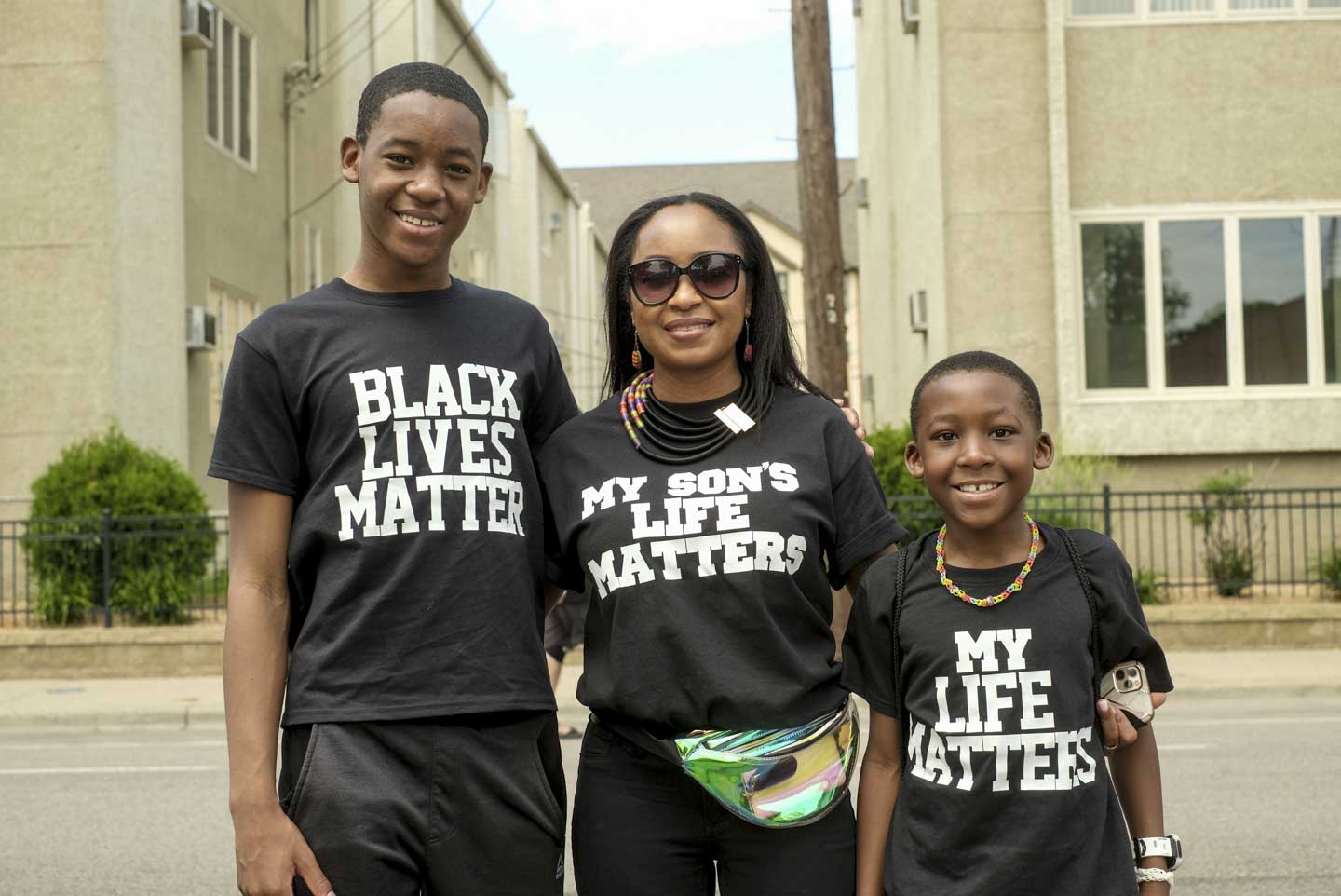 Janell Beaton and her sons, Shyler and Tyler, originally from New York, have been living in Minneapolis for four years. Janell told me she is out protesting so that her two sons will be safe as Black men. (Laylah Amatullah Barrayn) 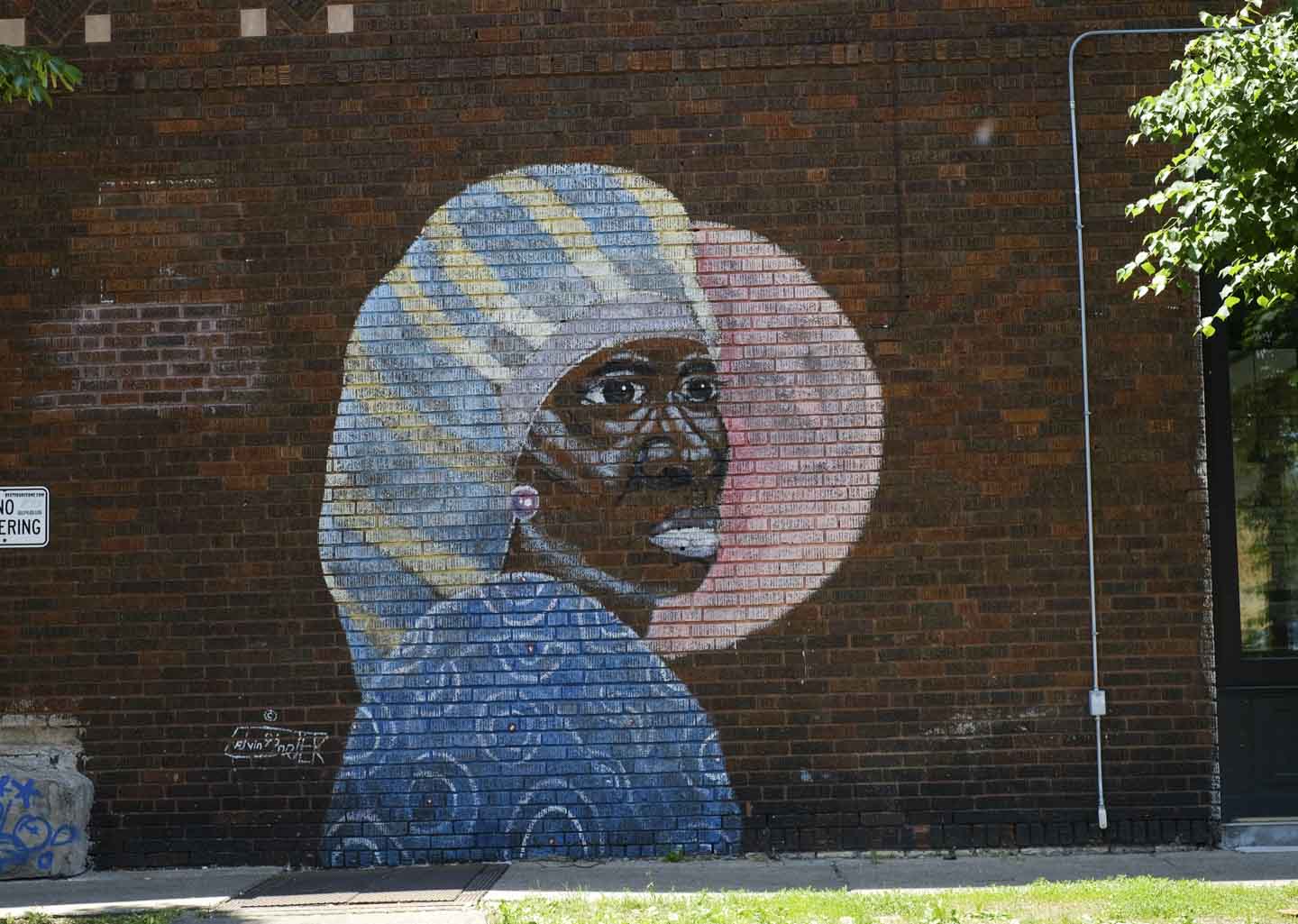 One of the last surviving murals that was painted in the 1960s in the Rondo neighborhood of St. Paul. This area was one of the most important Black neighborhoods in the Twin Cities, but in the ’50s and ’60s, the City largely demolished the neighborhood to build a freeway. (Laylah Amatullah Barrayn) 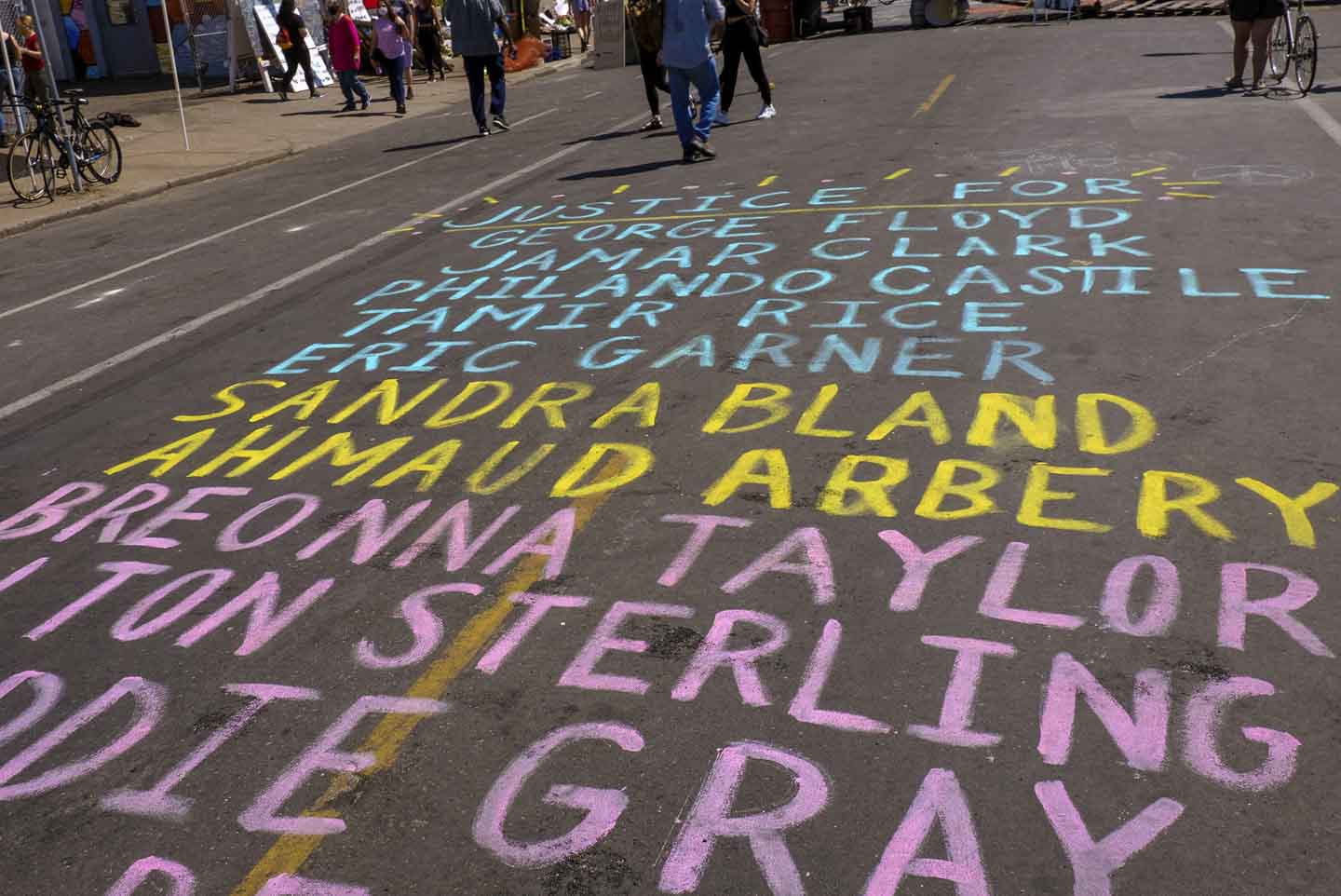 The streets have become canvases for people to express their anger, their hurt, and their hopes. Here, local artist Mari Mansfield painted the names of Black people killed by police and vigilantes. (Laylah Amatullah Barrayn)

Of course, the catalyst for all this anguish and possibility was George Floyd. In my week in Minneapolis, I kept running into people who knew him. I went to the corner where he was killed, 38th and Chicago, saw the flowers laid in his memory, saw the artwork made by people mourning his loss. I went to his memorial service on Thursday, saw his gold casket put into the hearse. I thought about the day he was killed, how we woke up in the morning, probably took a shower, how he had no idea what would happen when he left his home. He had no idea that he would be tortured for eight minutes and 46 seconds on the ground with a knee on his neck. How that state of not knowing whether today will be a normal day, or whether today will be the day your life is taken from you by a system that doesn’t value your life—that is what the protesters in the street are rebelling against. And I thought about how it seemed like, to many people, George Floyd’s death meant more than his life, how his death served as a catalyst for all that has followed. But for the people who knew him, and for the people who are demanding justice, we must fight to make his life more valuable than his death. 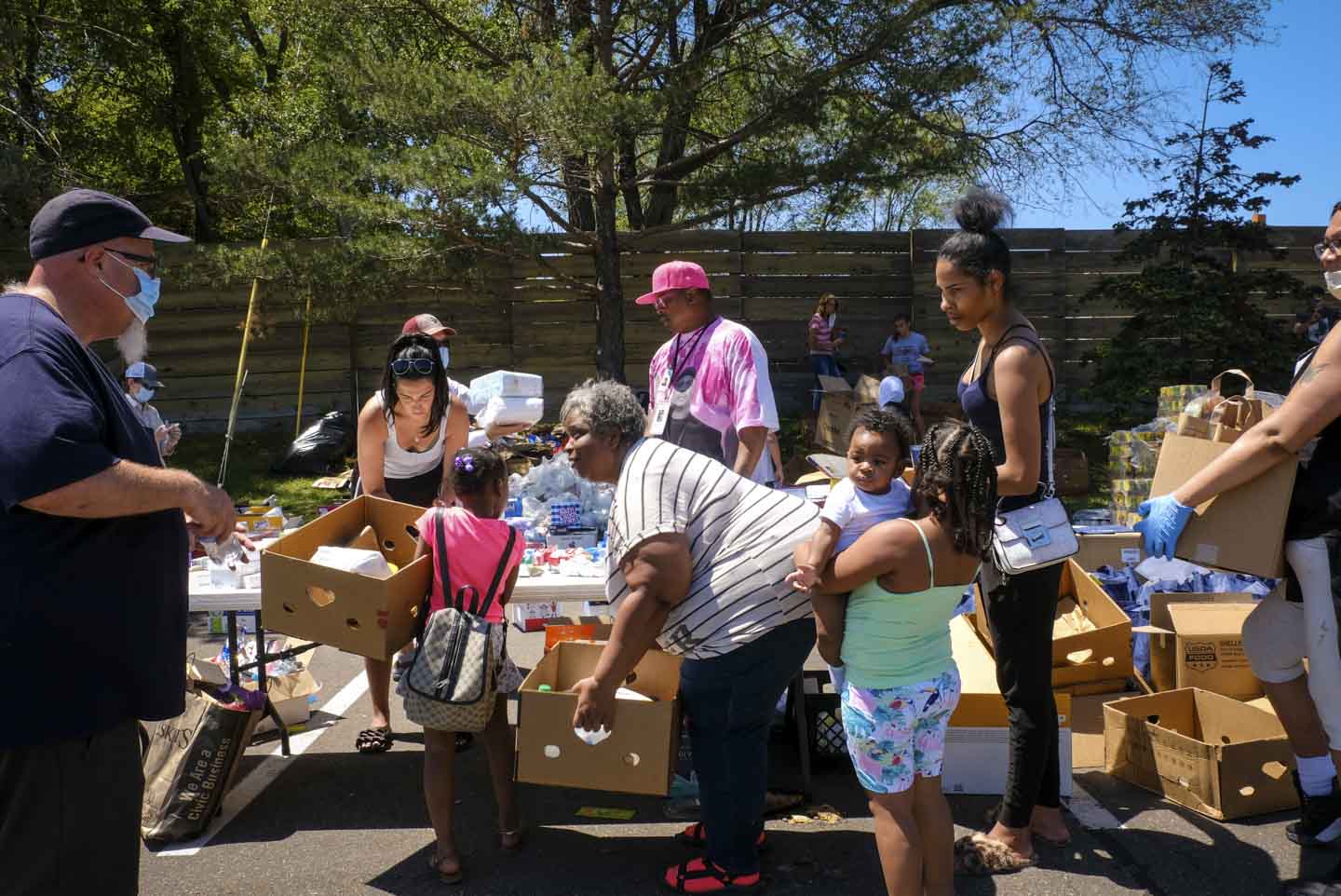 Mutual aid networks, like this food and supplies distribution point in north Minneapolis, have cropped up across the city. (Laylah Amatullah Barrayn) 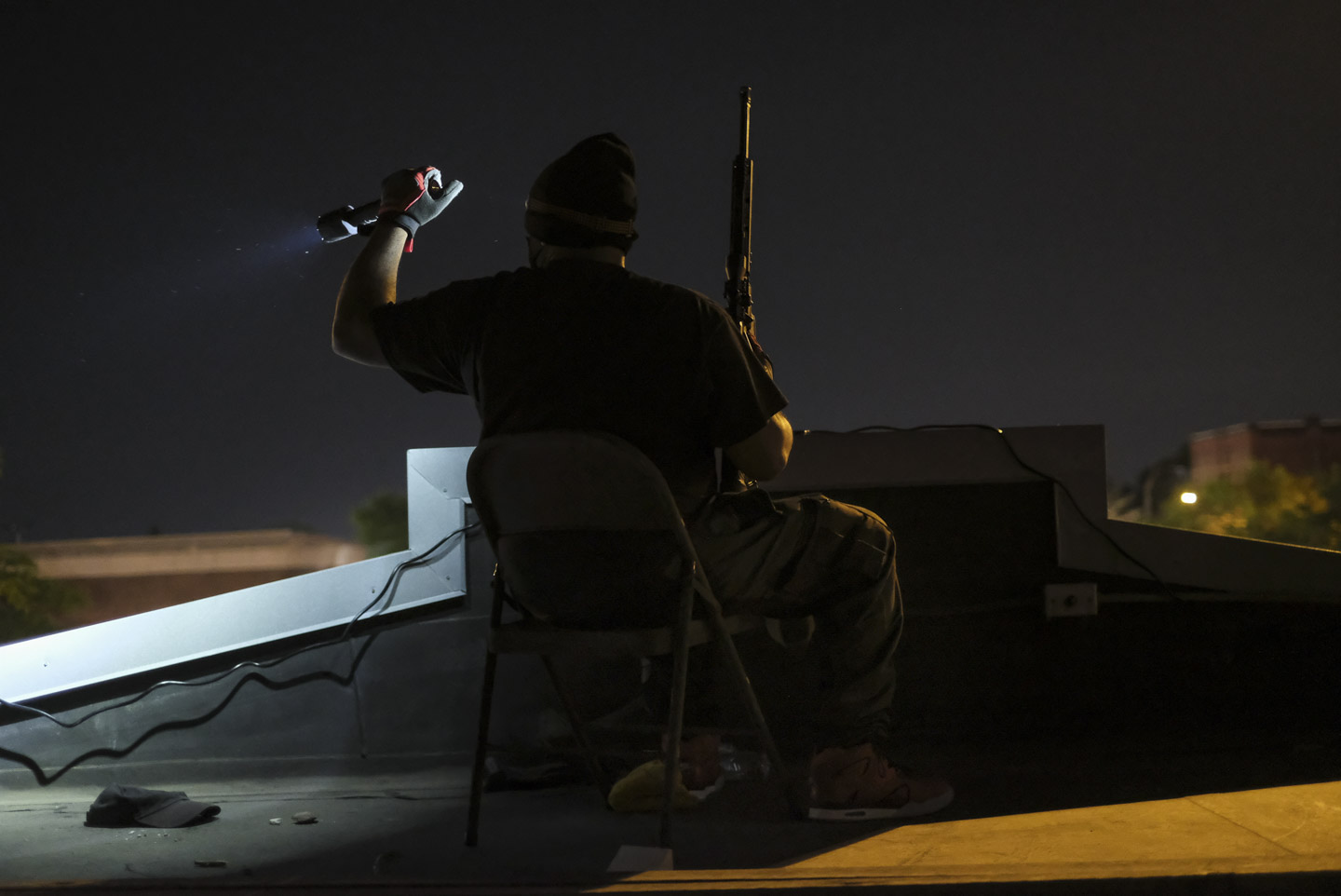 Volunteers have set up community watches to watch over stores, mosques, and other locations. Minnesota is an open carry state, and this man was monitoring the situation on the street from the roof of a building in north Minneapolis. (Laylah Amatullah Barrayn)

This community has rallied in the wake of his horrific murder. All across the city I saw distribution points set up, for people to pick up food, supplies, whatever they needed. So many stores are shuttered, due to the pandemic or from damage during the unrest, so the people are providing what they can for each other. High-schoolers are organizing sit-ins, the local NAACP is organizing a community watch to protect Black-owned businesses from vigilantes, artists are turning the streets into living testaments to the creativity and resilience of this community. We people of African descent have been organizing and resisting since the beginning of captivity. From the slave rebellions in Brazil, Haiti, Cuba, South Carolina, to this country’s civil rights movement, to our Black Lives Matter movement, we keep fighting. We are a people determined to be free. 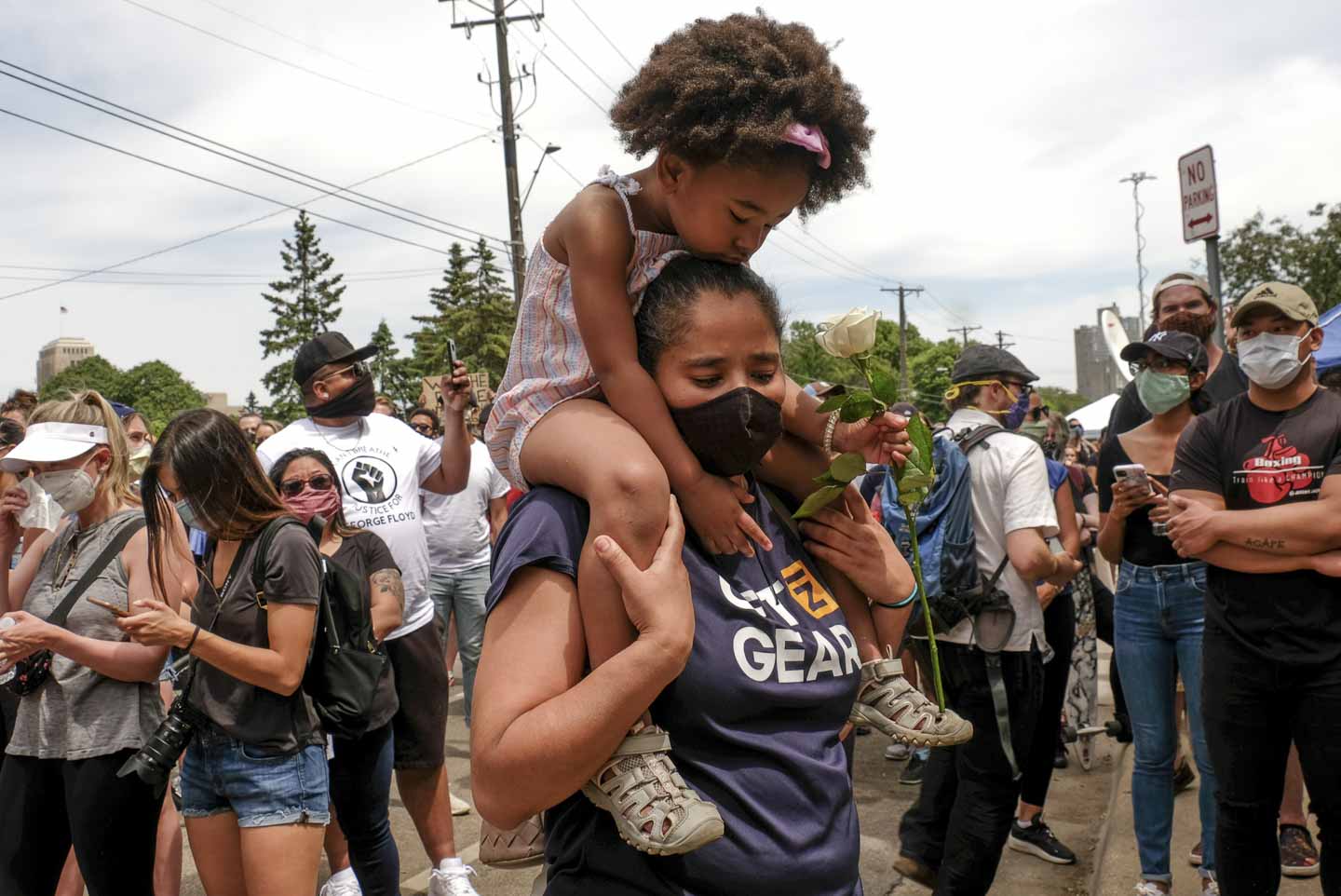