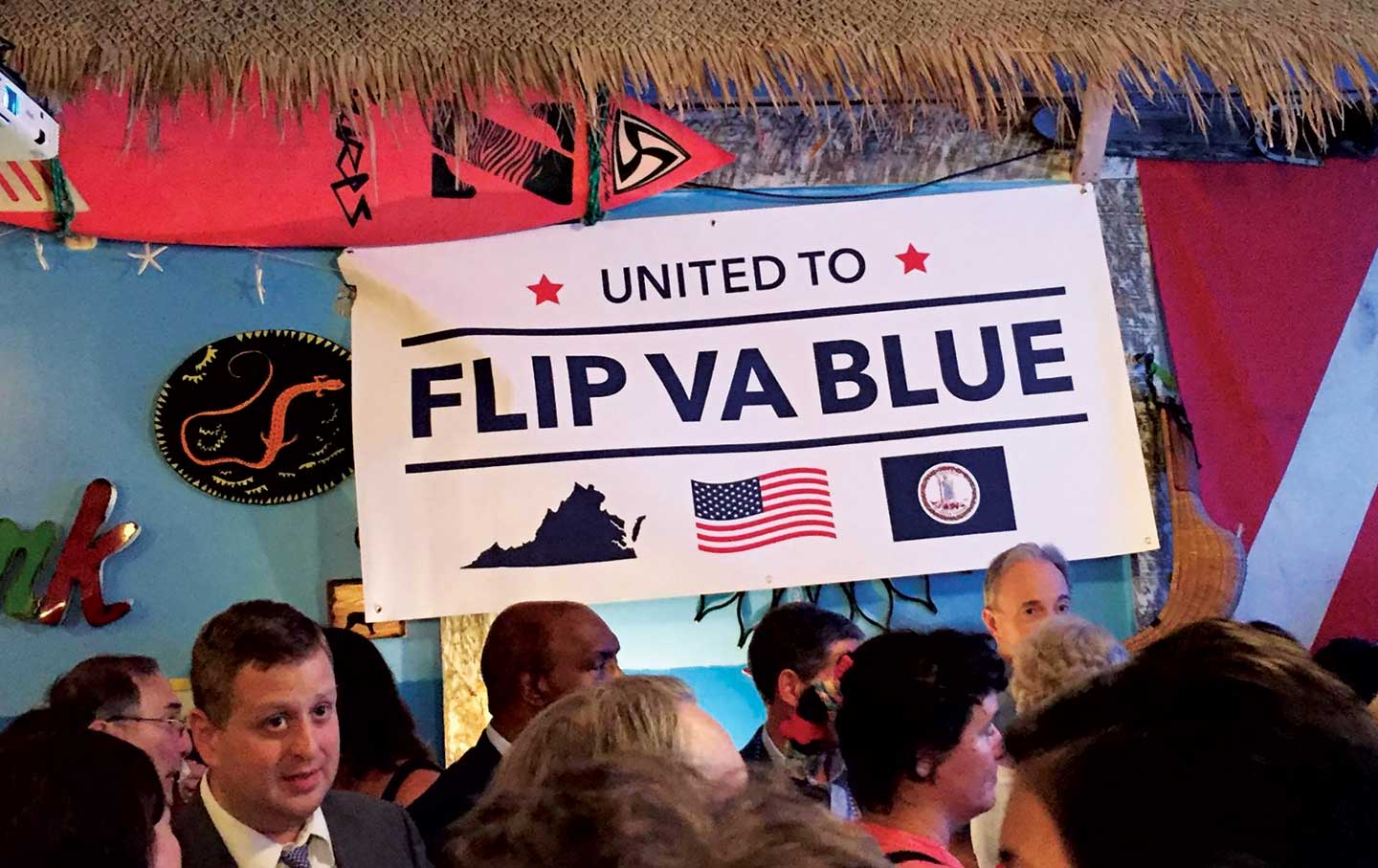 When I spoke with Kelly Fowler back in August, the Virginia Beach candidate for the state House of Delegates was on the verge of leaving the race. Depressed by conflicting messages from state Democratic leaders, she didn’t understand the chicken-and-egg approach taken by all the establishment groups: Candidates had to raise a lot of money if they wanted to raise more money, and wasn’t that just making the rich richer? There were 17 candidates running in GOP-held districts that Hillary Clinton carried in 2016. Fowler was one of them, but she didn’t have enough cash even to pay the campaign manager who was set to start the next week.1

At this crucial moment, Fowler got the help she needed to stay in the race, and she won her seat on November 7. When we talked the day after her victory, with her young daughters underfoot in the kitchen, I asked which group made the biggest difference in keeping her afloat. Was it Emily’s List? Run for Something, which supported first-time candidates? Win Virginia, run by Tom Perriello after he lost the Democratic gubernatorial primary? I knew they’d all pitched in.2

All those groups helped, Fowler told me, “but it was actually 31st Street Swing Left that kept me in the race.” I asked her to repeat that: 31st what? 31st Street where? In Virginia Beach?3

Not Virginia Beach, Fowler told me; she wasn’t quite sure where. I decided I had to figure it out, because in all the reporting I did on how the anti-Trump resistance powered first-time candidates—most of them women—to victory, I hadn’t heard of a group making that kind of a difference. So Fowler connected me with two of 31st Street’s leaders, “Jim and Larry.”4

Jim Shelton and Larry Buc are quick to share credit for Fowler’s win, and for the victories of at least 14 other candidates their group supported. “Seriously, we were all sharing information about candidates like Kelly who were great but struggling,” Shelton said. “The story is how well the grassroots groups worked together.”5

Both he and Buc wanted me to know that their sisters are also involved with 31st Street, and they wanted to tell me about Race for Democracy and Why Virginia Matters and We of Action and other small grassroots groups I hadn’t heard of. Nonetheless, 31st Street was the group that quickly sent Fowler more than $3,000 when it heard her SOS, eventually giving her $10,000 in total.6

How a Bureaucrat Helped Save the Affordable Care Act

Why Claudia Rankine Writes for the Resistance

With members in Maryland, Virginia, and Washington, DC, 31st Street Swing Left was initially organized to defeat Republican Barbara Comstock in Virginia’s 10th Congressional District in 2018. But the group decided to “warm up for turning out Comstock” by working on House of Delegates races in her district, Buc said. Then it set its sights wider to focus on “mid-tier” candidates, the ones who had a shot but hadn’t been anointed as sure winners—folks like Fowler, Democratic Socialists of America member Lee Carter, and Dawn Adams, the first out lesbian elected to Virginia’s House, along with about a dozen more.7

Shelton was appalled by the Democratic establishment’s low expectations. “They had about five candidates everyone worked with,” he recalled. “They were very attractive. I understood. But what can you do if you only pick up five seats?” A five-vote swing in the hugely gerrymandered House of Delegates would make it 61–39 in favor of Republicans. The work of groups like 31st Street Swing Left helped Democrats win at least 15 seats, with control of the chamber now hanging on a couple of recounts.8

Shelton and Buc are a funny combination of bashful and proud: They welcome my attention but worry that I’m ignoring dozens of great groups responsible for Virginia’s Democratic tsunami. A few dozen of those groups are still holding monthly meetings, they tell me, to tease out the lessons of November and plan for 2018.9

In an e-mail, Buc boils down the message they want to share: “1) There is nothing exceptional about what we did, 2) Others did similar things, 3) We need more people to do this, and 4) We can train people to do it.” 31st Street Swing Left is so encouraged by what it learned that the group has moved beyond just targeting Comstock to look at three other Republican-held congressional districts where Democrats did well in November.10

Oh, and 31st Street is in Washington, DC, where Lisa Herrick, one of the group’s founders, lives.11