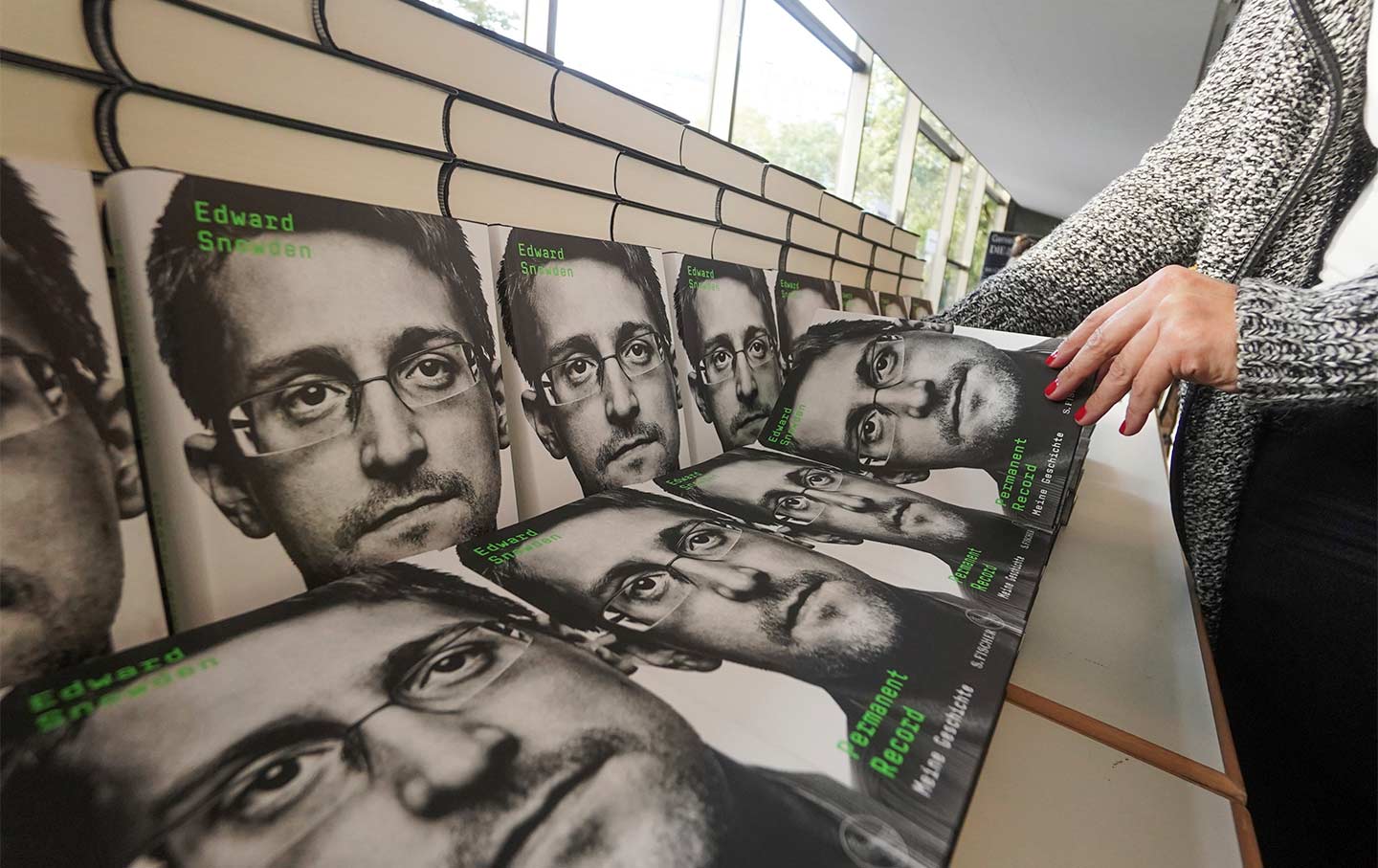 The Trump administration’s Department of Justice is suing Edward Snowden over his new book, Permanent Record, in the latest manifestation of official efforts to punish the whistle-blower—and others like him—for letting the American people know what is being done in their name but without their informed consent. The government is going after Snowden because he published the book without submitting it for prepublication review by federal authorities—a process that would undoubtedly have censored the book that has shot to the top of best-seller lists and is being excerpted in The Nation and other publications.

The lawsuit is a just one example of how Snowden and other former intelligence officers and military personnel are threatened, even when they are not revealing official secrets. “This book contains no government secrets that have not been previously published by respected news organizations,” explains Ben Wizner, the director of the ACLU’s Speech, Privacy, and Technology Project, who serves as an attorney for Snowden. “Had Mr. Snowden believed that the government would review his book in good faith, he would have submitted it for review. But the government continues to insist that facts that are known and discussed throughout the world are still somehow classified.”

That’s a problem for Snowden, and for the American people. And it is something that the candidates who hope to replace Trump should be talking about. Indeed, it is a question that ought to be addressed in the next Democratic presidential debate.

That’s not an unprecedented demand. Toward the end of the first Democratic presidential debate in 2015, CNN’s Anderson Cooper turned to former US senator and Rhode Island Governor Lincoln Chafee and asked, “Edward Snowden, is he a traitor or a hero?”

“I would bring him home,” Chafee said of the American whistle-blower who leaked to members of the media classified National Security Agency documents that exposed details of the NSA’s surveillance programs in the United States and abroad.

“[What] Snowden did showed that the American government was acting illegally for the Fourth Amendment,” said Chafee. “So I would bring him home.”

Cooper then turned to former secretary of state Hillary Clinton, the front-runner in the race, who was of a different opinion altogether. “He broke the laws of the United States,” said Clinton, who claimed Snowden wasn’t really a whistle-blower but someone who “stole very important information.”

“I don’t think he should be brought home without facing the music,” she concluded.

Vermont Senator Bernie Sanders was more nuanced in his response. “I think Snowden played a very important role in educating the American people to the degree in which our civil liberties and our constitutional rights are being undermined,” said Sanders. But the Vermonter added that “he did break the law, and I think there should be a penalty to that. But I think what he did in educating us should be taken into consideration.”

A year later, in September 2016, Sanders joined a number of prominent figures in calling on President Barack Obama to allow Snowden to return to the United States from exile in Russia. “The information disclosed by Edward Snowden has allowed Congress and the American people to understand the degree to which the NSA has abused its authority and violated our constitutional rights.” Sanders wrote in The Guardian. “Now we must learn from the troubling revelations Mr. Snowden brought to light. Our intelligence and law enforcement agencies must be given the tools they need to protect us, but that can be done in a way that does not sacrifice our rights.” Sanders suggested that “the interests of justice would be best served if our government granted [Snowden] some form of clemency or a plea agreement that would spare him a long prison sentence or permanent exile.”

Representative and Democratic presidential candidate Tulsi Gabbard has been outspoken on the issue, saying she would drop all charges against Edward Snowden (and Julian Assange of WikiLeaks) if elected president in 2020.”If it wasn’t for Snowden, the American people would never have learned the NSA was collecting phone records and spying on Americans,” Gabbard says. “As president, I will protect whistleblowers who expose threats to our freedom and liberty.”

It is certainly reasonable to suggest that the 2020 Democratic candidates would be better on these issues than Trump and an administration in which the secretary of state, Mike Pompeo, once suggested that Snowden should be executed. More recently, Pompeo has complained that “the worship of Edward Snowden” is caused a rise in whistle-blowing.

But how much better would a Democratic president be? The Democratic candidates must address the Snowden case specifically, as well as the more general question of how to respond to—and protect—whistle-blowers. And, yes, former vice president Joe Biden should be asked if he threatened other countries in an effort to prevent them from giving asylum to Snowden, as the whistle-blower has suggested.

The ACLU’s Wizner says, “Mr. Snowden wrote this book to continue a global conversation about mass surveillance and free societies that his actions helped inspire.” This conversation should be part of the next Democratic debate—and the debates of the 2020 general election.