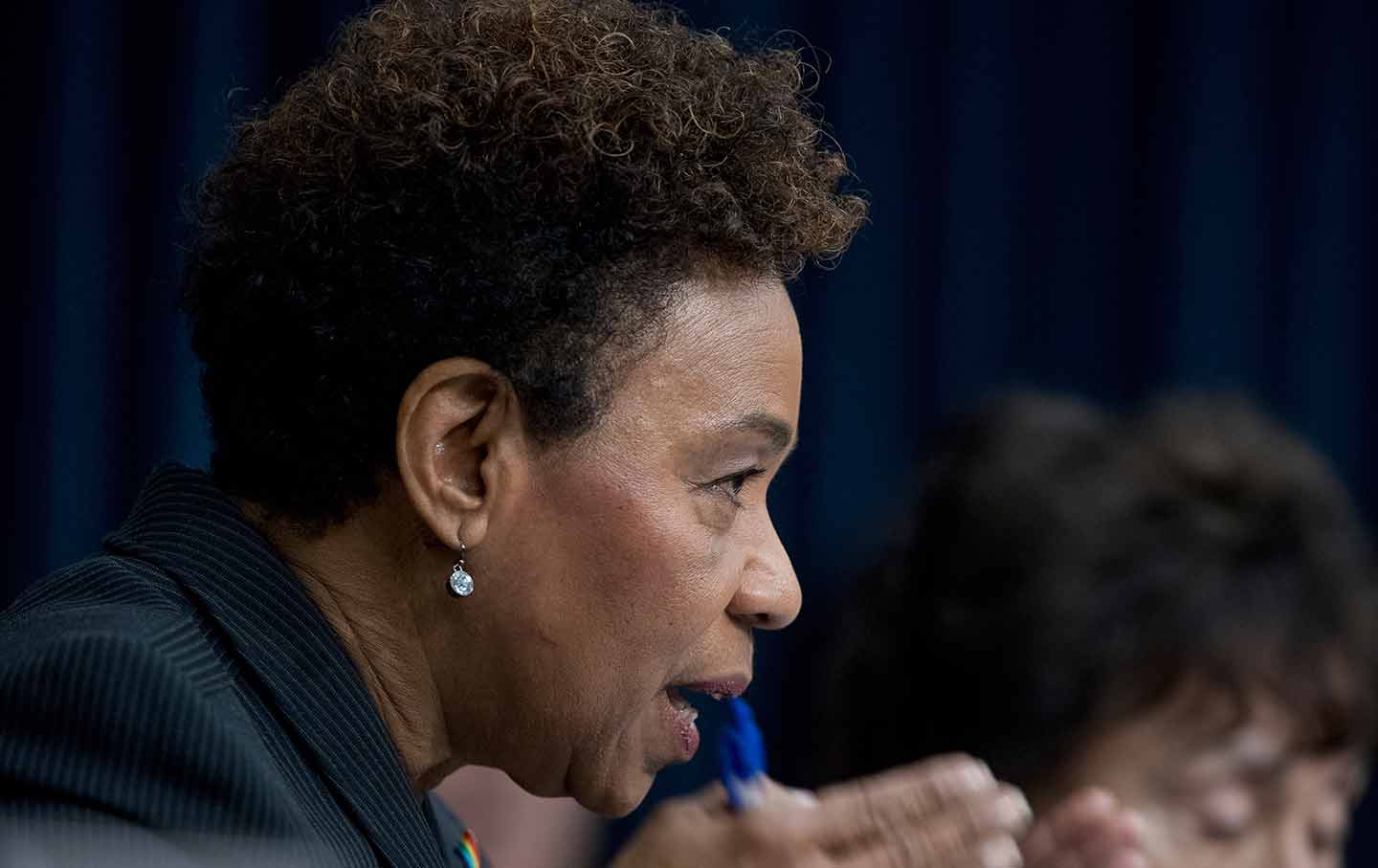 Sixteen years ago, Barbara Lee cast a lonely vote against an ill-defined and open-ended authorization of the use of military force to respond to the September 11, 2001, attacks. The Democratic congresswoman from California warned then that the so-called Authorization for Use of Military Force Against Terrorists “AUMF” could be used by the Bush-Cheney administration (and by future administrations) to maintain unending warfare without constitutionally adequate approval from Congress. A lot of Americans agreed; they displayed posters reading “Barbara Lee Speaks for Me.”

But Lee did not speak for Congress. Despite her repeated warnings, the AUMF became a blank check for military interventions and bombing raids that had little or nothing to do with the September 11 attacks.

Lee pointed out the absurdity of the ever-expanding use of the AUMF. And she pleaded with her fellow House members and senators to repeal the 2001 AUMF. Republicans and Democrats refused. Until now.

On Thursday, the House Appropriations Committee approved Lee’s amendment to repeal the 2001 AUMF 240 days after enactment of the Department of Defense Appropriations bill. With the vote, Lee celebrated a remarkable accomplishment—not just for herself but for the cause of restraint and reason when it comes to matters of war and people.

“At long last, I am pleased that my Democratic and Republican colleagues supported my effort to put an end to the overly broad blank check for war that is the 2001 AUMF,” declared Lee. “If passed into law as part of the DOD bill, it would repeal the 2001 AUMF eight months after enactment of this legislation. That would allow plenty of time for Congress to finally live up to its constitutional obligation to debate and vote on any new AUMF.”

Peace groups hailed the development, and recognized the vital importance of Lee’s long and, until recently, lonely struggle to take up the specific issue of the endless AUMF and the broader issue of congressional oversight of the executive branch and military operations.

“The 2001 AUMF is the reason the U.S. has been involved in military campaigns in at least seven countries. It’s the reason we’ve allowed the war in Afghanistan to become America’s longest war. It’s the reason a whole generation has grown up not knowing a time without war,” explained Peace Action Executive Director Jon Rainwater. “Representative Lee has championed opposition to endless war brought on by the 2001 AUMF since day one with her sole vote to oppose it. The adoption of her amendment to repeal it gives Congress a chance to reclaim its constitutional role as an arbiter of war and peace.”

“This,” declared Rainwater, “is an opportunity to course correct after a decade and a half of failed US policy in the Middle East. We cannot afford to let it slip through our fingers.”

The concern that the opportunity could be lost remains real. Appropriations bills are subject to intense lobbying and they go through dramatic changes. So antiwar activists must remain loud and vigilant in their support for the amendment.

One thing is certain Barbara Lee will keep speaking. “It is far past time for Congress to do its job and for the Speaker to allow a debate and vote on this vital national security issue,” the congresswoman says. “I am glad that this amendment passed in a bipartisan manner and I look forward to continuing to work to finally have the debate and vote that our service members and our nation deserves.”